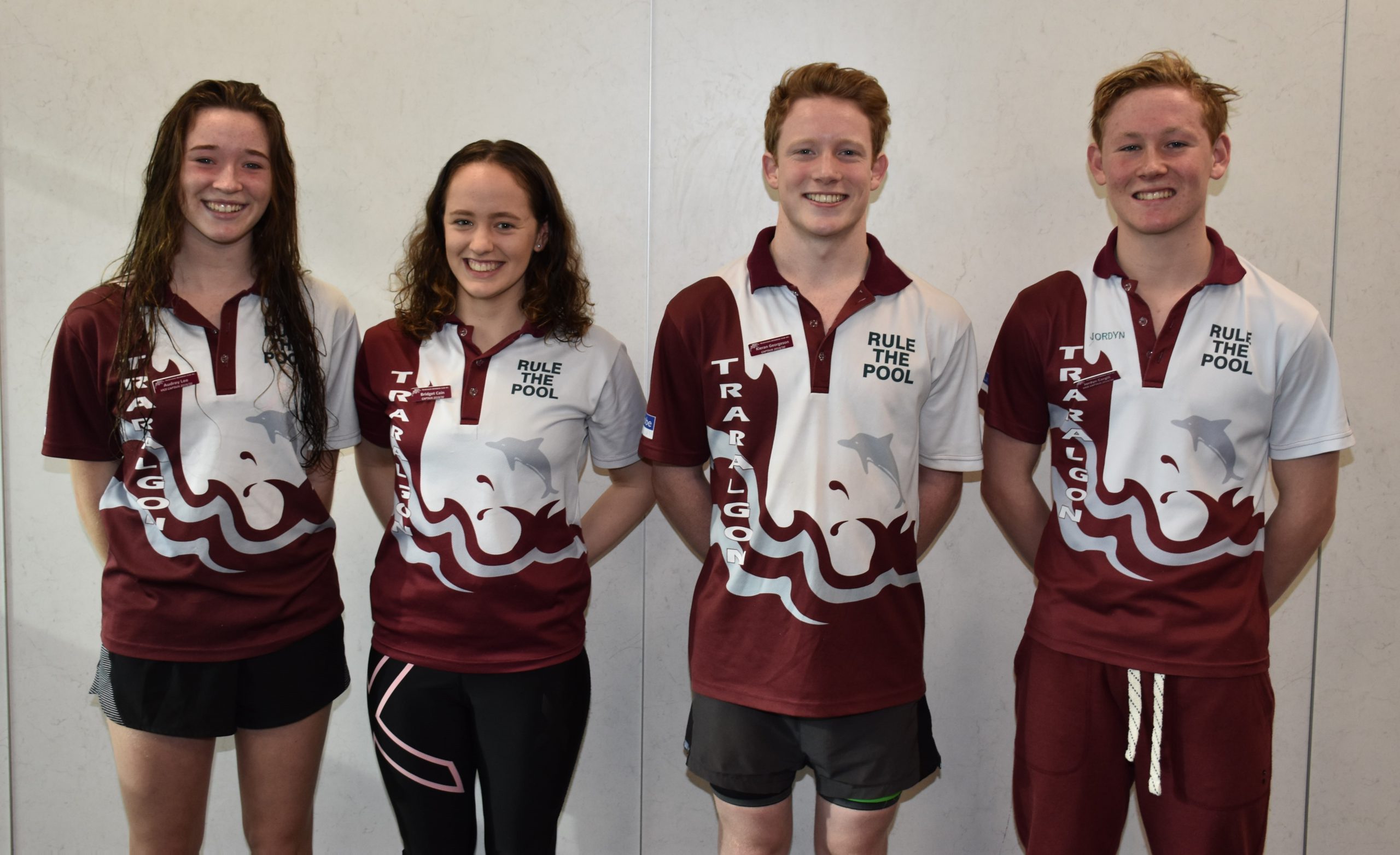 In the opening swim of the 2019/20 season, the Traralgon Swimming Club came out blazing with its 14th consecutive team win at the annual Latrobe City Cup held at the Morwell Leisure Centre.

More than 150 swimmers from metropolitan Melbourne, Gippsland and the Dianfeng Swimming Academy in China competed for the prestigious cup with Traralgon and its strong 68-member team coming out on top.

The Charles Ford and Kathleen Froud memorial awards for winners of the 100-metre backstroke were presented to Jordyn Cargill and Melina de Cort and team captains for the season were announced.

The girls captain named was 17-year-old Bridget Cain with another 17-year-old Audrey Lee as vice-captain.

“The meet is a fantastic preparation for upcoming Victorian Country Short Championships to be held in Ballarat followed by the state championships two weeks after,” senior head coach Brian Ford said.

“Swimmers are in solid training and this is great opportunity to get some good competitive racing without always having to travel to the city.

“We look forward to some great results in the months ahead and are pleased with the great support we receive from parents, swimmers and sponsors in making the meet as successful as it was.

“We also thank swimmers and coaches from Northcote for joining us on the Saturday for a club clinic and the five junior swimmers from the TOP Swimming Club from China for their participation and friendship.”

Individually there were a number of Gippsland records broken by two swimmers.