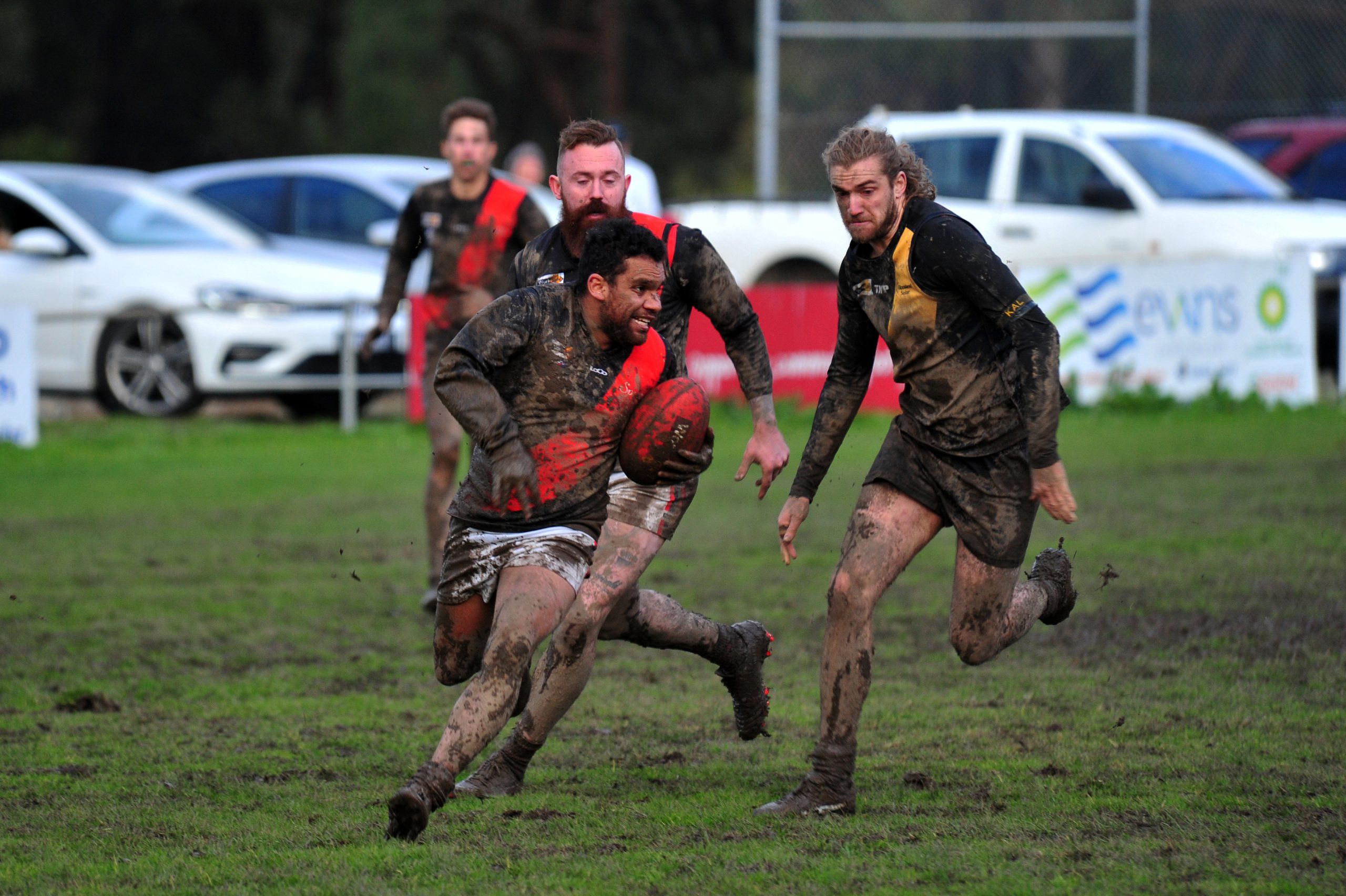 It was the result that opened the door to the race for the premiership, with Mirboo North and Yallourn-Yallourn North giving their all before the final siren blew to signal a draw, 3.7 (25) to 4.1 (25).

The conditions were torrid but it was the Tigers who were better prepared to do the heavy lifting, leading by two points at quarter-time and increasing that margin to four points at the main break.

The Bombers have two of the most prolific goalkickers in the MGFL, but neither Keenan Hughes or Dean MacDonald were able to have an impact on the game in the conditions.

Hughes has averaged five goals a game and MacDonald four, however, on Saturday they finished with just one between them.

“Honestly, we should have won but I was absolutely stoked with our boys’ performance for the four quarters. We had a chance to upset them heading into the finals and I feel like we did.

“I hope we get to play them again in finals. The next few weeks is why we play the game [and] I feel like our boys are ready to go and do some damage.”

Morwell East, fourth on the ladder and Yinnar fifth, will clash in a game of much more significance in the first week of the post-season this weekend in the elimination final.

The home side came ready to play and the Hawks seemed to handle the shocking conditions reasonably well and jumped out to a healthy 26-point lead at quarter-time that could have been far greater given their eight scoring shots returning just four goals, four behinds.

The visitors, with limited chances, managed one goal, one behind.

In the second quarter Yinnar controlled all the play and all the opportunities but with just three goals and 12 points to show for their efforts in front of goal.

From half-time the game was an arm wrestle and a battle of wills, a game not so much about skill or brilliance but about footballing smarts in trying conditions.

“The scenario and the conditions created a real mental battle [and] an obvious scoring end meant the team that made the most of their opportunities was going to be in the box seat, but in the end all we care about is next week,” Hawks coach Devon Soutar said.

“We just [tried] to surge the footy forward but the game was lost in 10 minutes of the last quarter where they were hungrier and lifted their intensity,” Grinstead-Jones said.

The home side made their intentions clear from the first bounce, playing with an intent that had been missing for most of the year and setting up a lead at quarter-time that would serve as a platform for better things as the game unfolded during tough conditions.

The game was over by half-time, the Bloods keeping the Bulldogs scoreless in the second term and shooting out to a lead of more than five goals.

The lead continued to grow, albeit slowly, but what would have been most pleasing was that the Bloods kept the visitors goalless from quarter-time.

“[We] definitely went into the game believing it was winnable but we didn’t have enough big bodies to win in the contests,” Newborough coach Dean Caldow said.

“[Daniel] Hayes was good for them and they had too many who read the conditions better than us.”

Hill End put in a workmanlike performance, comfortably accounting for Boolarra, winning 9.7 (61) to 2.4 (16) and readying them for the start of the 2019 MGFL finals.

This was the Rovers’ final preparation ahead of the biggest stage they will step on to in 15 years.

Hill End claimed second position on the ladder with the win and set up a qualifying final against Mirboo North by disposing of the Demons in a manner that suggests they have done everything possible to be ready for the big time.

“Miserable conditions greeted us at Boolarra. They played with physicality early on and had a real dip,” Hill End coach Mike Santo said.

“[Amburupa] Uliando was sublime for us in the wet conditions and led us to victory.”

Boolarra, to their credit, provided a perfect lead-in clash to finals for Hill End by throwing themselves into the contest.

“It was rough and cold conditions and our boys had a go for the first three quarters but Hill End are a good side and were very clean in the conditions,” Boolarra coach Tony Giardina said.