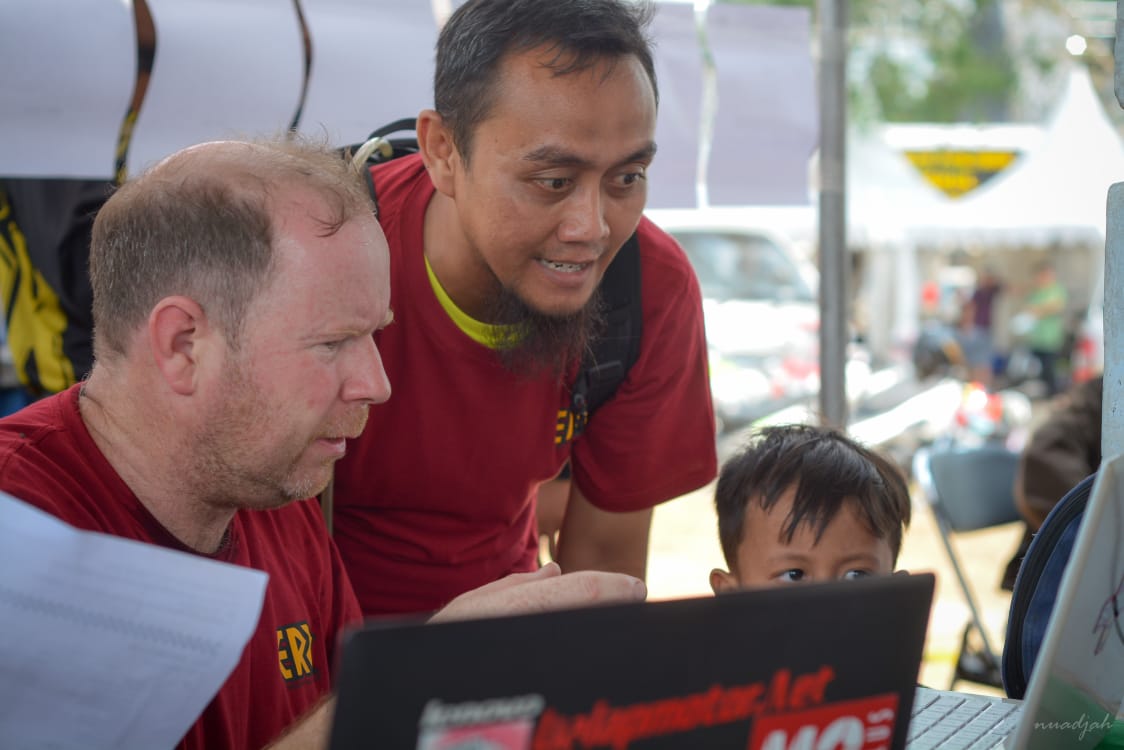 Snaking through the wetlands of Subjang, Indonesia might sound like a scenic journey for tourists, but for gutsy Gippsland-bred enduro riders Nick King and Michael Turnbull it was anything but.

King and Turnbull journeyed through Java on high-powered motorbikes and their trip was less about sight-seeing and more about pushing themselves to their physical limits.

With family ties to Indonesia, Turnbull wanted to take the gruelling sport of enduro to the motorcycle-mad country.

“It’s an old school kind of off-road event but we’ve never had anything like that in Indonesia before,” Turnbull said.

“I think there’s something like 20 or 30 million motorcycles sold in Indonesia every year but they’re all scooters.

“But every man and his dog wants to ride a dirt bike in Indonesia.”

Six Australian riders travelled to Subjang along with a 21-strong support crew for the event on the back of an idea that was spawned by Turnbull after he was visited by an Indonesian friend.

“My friend came to Australia and really wanted to take something similar back home,” Turnbull said.

“Me and all my mates were at the Australian Championships and [he] travelled with us so I said ‘righto, who wants to go to Indonesia and do something different?'”

The Hazelwood North resident took his idea to Java in January to work in partnership with the local council to get the Subjang Enduro Rally Race up and running.

“The locals set the trails out, which I’d ridden before, but the actual sessions they proposed in January and then in June we went out and started making the tracks,” he said.

“I’ve ridden all around the world and this was on a smaller scale but the advantage of being in Indonesia is they have access to land and don’t have all the red and green tape to cut through.”

Around 100 competitors took part in the event over two days and two disciplines last month.

“In general the Indonesians that rode had a great time and they’re all asking to do it again,” Turnbull said.

“The thing about enduro is they’re long days and you have to work on your own bike and do all that yourself in pretty tough conditions, so you have to have stamina and explosive fitness as well.”

Council, bike manufacturers and sponsors backed the event and Turnbull said the hospitality of the Subjang residents made it what it was.

A raft of locals who rarely venture outside their rural villages also came out for the event and volunteered in return for little more than “a feed and a t-shirt”.

“We had a lot of support from the local council over there and got to meet the mayor, which for us is like the equivalent of meeting [premier] Daniel Andrews,” Turnbull said.

“The locals were so accommodating to us and for me and it was such a surreal situation to be in the middle of a banana plantation and there be guys with no shoes, no clothes, living in a hut and just maintaining their crops.

“They don’t speak any English but want to know everything about you and to me that was the highlight, as well as how well all the Gippsland people reacted in unfamiliar territory.”