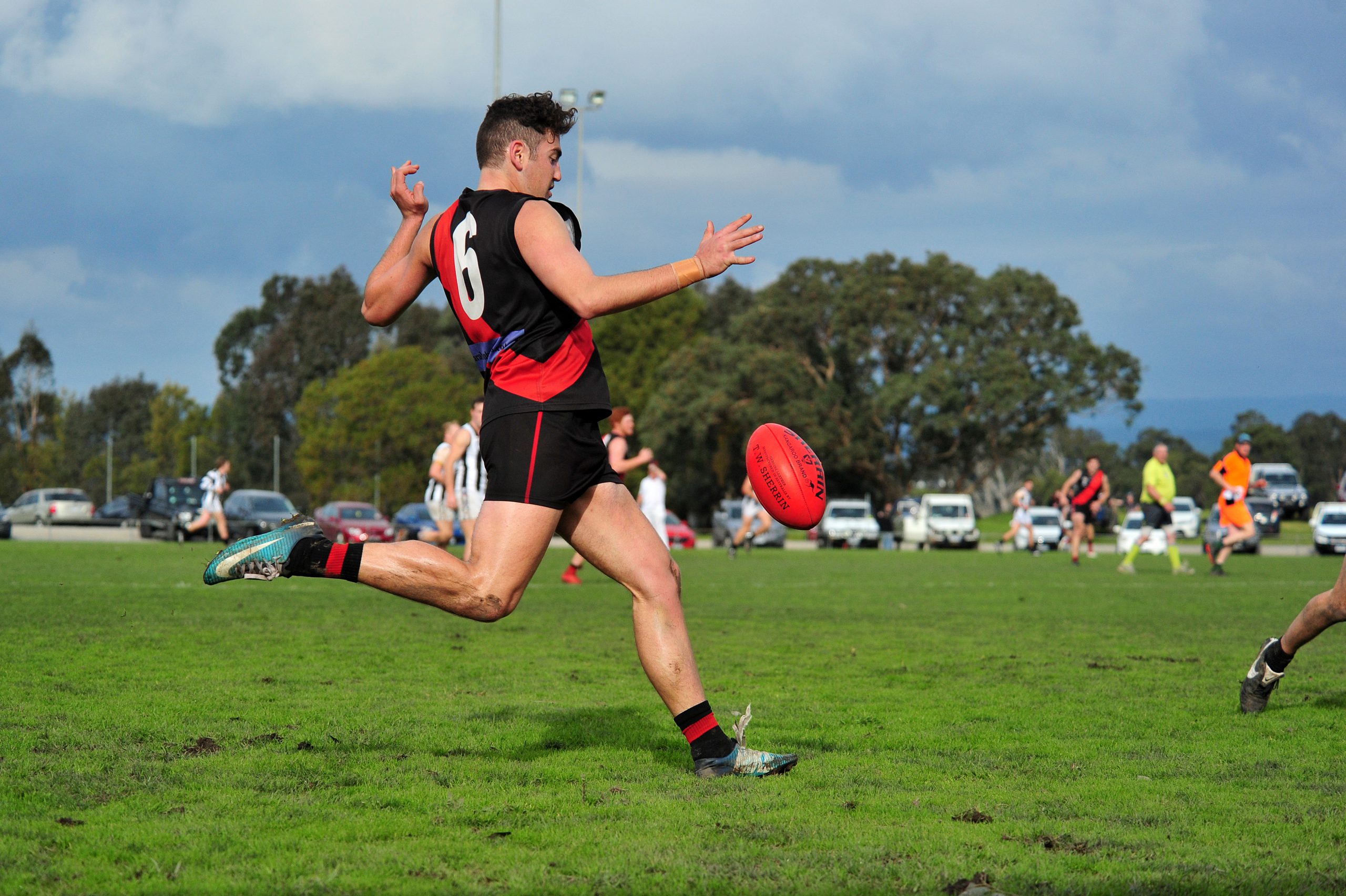 Seven of the league’s 10 clubs will be represented by at least one side on the footy field over the next month with Churchill and Rosedale the only clubs to have all three sides qualify.

In terms of senior football, Churchill – courtesy of a season which saw them drop just the single game – will be watching on during week one.

Coincidentally, both senior finals are rematches of round 18 home and away clashes.

These matches saw Yarram prevail over TTU by eight points and Heyfield better Rosedale by just over two goals.

If this week’s games are as close, then spectators are in for a ripping couple of days of football to open the finals campaign.

Saturday’s qualifying finals will be played at Heyfield while Sunday’s eliminations finals are at Sale City.

Yarram had the better of TTU in both of their home and away clashes, however, the reduction in margin from 10 goals to just eight points from match one to match two will give the Bombers plenty of hope heading into Saturday’s qualifying final.

Tyers coach Michael Duncan spoke glowingly of his opposition while declaring Yarram coach Matt Scholz, his former premiership teammate “a ripping coach and leader” before adding “he didn’t give much away on the weekend”.

But Duncan knows only too well the task his side faces, acknowledging Yarram “[have] got talent, experience, speed, size across all areas of the ground and they’ve got belief built up from a few finals campaigns in a row”.

Duncan also added the Bombers viewed this week as “a bit of a free hit” with his side earning the double chance that comes with finishing top three.

His chances of claiming what would be an upset win look to be enhanced with Tyers able to call upon Dougal Williams and Kade Duncan this week.

This duo complement the inclusion of Lincoln Albanese who played his first senior game for season 2019 last week.

Like the seasoned professional he is, Duncan has ramped up his side’s preparation leading into the finals.

In his words, the Bombers have “put in six really good weeks on the track and the extra sessions have given us the results on the park”.

While acknowledging finals are “a different caper and nobody is more experienced and capable at it than Yarram”, Duncan said his side was “excited at the great opportunity and challenge” that comes with playing the defending premiers this week.

Yarram coach Matt Scholz noted that TTU had “a core of great players” and his side could not let them “control the game” as they did at times last week.

He also felt TTU matched up well against the Demons, highlighting the Bombers’ ability to “move the ball really well between the arcs” as one of their strengths.

Scholz will recall gun recruit Jack Weston to his line up this week and is hopeful he will also be able to call upon goal kicker Jarryd Swift.

He said there was a good feeling in the team and, like Duncan and his Bombers, the Demons were looking forward to the challenge of finals footy.

The qualifying final between Yarram and TTU will be played on Saturday at Heyfield Recreation Reserve from 2pm.

As the name suggests it is season over for the vanquished in this week’s elimination final.

When Heyfield and Rosedale met last weekend the Roos turned their seven-goal round 10 loss into a 13-point win which will see them head into this game full of confidence.

The Roos’ chances will be enhanced with Rosedale coach Sam Bristow confirming his side’s leading goal kicker Brandon McDonald would again not be available for selection after being ruled out on medical advice due to a head knock he took against Cowwarr in round 17.

Unfortunately for Bristow, Rosedale also have several other players under injury clouds.

With their seconds and thirds also playing on Sunday, Bristow acknowledged “the team won’t be finalised until right before the bounce”.

In better selection news Rohan Diamond will be available to play.

Bristow said he expected Heyfield to recall Adam Wallace to their side for Sunday and that “he will be putting some time in to trying to negate his influence”.

Bristow also said “Cox and the two Woodlands on ball – working with Conway in the ruck – would prove quite a handful” in his side’s quest to push ahead to week two of the finals.

Bristow’s opposite number Rick Galea was also full of praise for Conway’s efforts, saying his ruckman was “fantastic last week”, but noted the Roos “will need to get similar output from him this week also” if they were to get the result.

Galea said his side would take plenty of confidence out of last week’s result but added “Rosedale will be a completely different side with Diamond and Jones back in the midfield”.

Galea said his side’s second half to the year was “fantastic” with their only losses coming at the hands of the top two sides Churchill and Yarram.

The key this week, he said, would be “to settle early and stick to our structures and maintain pressure on Rosedale for four quarters”.

While Galea noted his “forward set up has been working well with Bedggood and Jackway giving good hit up targets” he was wary of Rosedale forwards Frazar Brouns and Brad Scott.

They are likely to have two of Scott Anderson, Shaun Humphreys and Brad Berry for company.

Galea noted this would leave “Bryan Woodland and Marcus Sunderman to more than likely go to Rosedale young guns Will Logan and Brock Williams”.

The elimination final between Heyfield and Rosedale will be played on Sunday at Sale City Recreation Reserve from 2pm.

Yarram has earnt the week off in the reserves.

Churchill take on TTU in the qualifying final with the winner to meet the Demons the week after.

Churchill, led by century goal kicker Joey Whykes, will go into this match as favourites having beaten TTU by 140-odd points when the sides last met.

Just two points separated the sides on the home and away ladder, suggesting this should be a close contest.

City did, however, get the win both times these sides met during the season and are advantaged by playing on home territory.

The early game on Saturday has Churchill and Heyfield looking to win through to take on the ladder-topping Glengarry outfit the week after.

This promises to be a close game with the sides registering one win each when they met during the season.

The winner of Saturday’s match is going to have improve markedly to get anywhere near the Magpies.

Not only were they undefeated in the regular season, they finished with a percentage of 629 and surely already have one hand on the trophy.

Sunday’s under 18s game is between Sale City and Rosedale.

Sale City are favoured to get the win having beaten Rosedale in both of their home and away encounters.

Recent form also points to a Bulldog win with City having drawn their final home and away game against second-placed Churchill while Rosedale were soundly beaten by Heyfield.