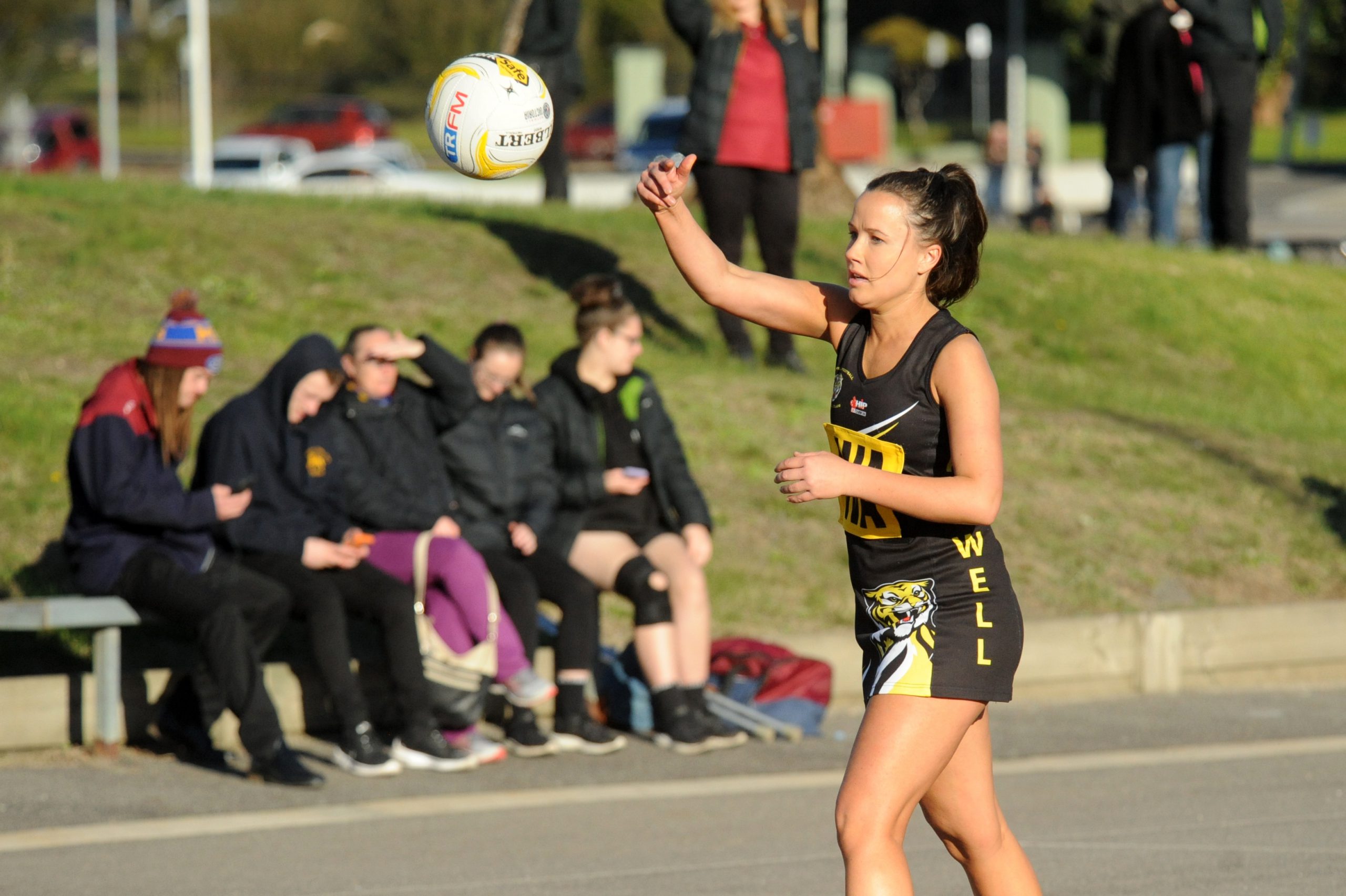 Morwell have retained top spot on the Gippsland league A grade ladder with one game left in the season-proper despite a convincing home-court loss to Traralgon on Saturday night, 49-30.

The Maroons led at every change and held the home side to just 13 goals at half-time, led by mid-courters Kate French and Stacey O’Brien.

Defender Ramayer Gourley was also key in keeping the Tigers to their lowest score for the home-and-away season.

Best on court for Morwell in the 19-goal loss were defenders Courtney Garth, Tanya Budge and coach Rachel Tatterson.

The top two can’t be dislodged but this weekend’s final-round matches will decide whether Morwell or Traralgon finish with the minor premiership and earn the first week of finals off.

As it stands, the Tigers hold a handy two-point lead ahead of the Maroons atop the table thanks to a draw with Warragul back in round 15, meaning they only have to beat Sale this weekend to seal the deal.

Traralgon face Maffra this weekend and have two games breathing room from the Gulls in third.

Defending premiers Moe kept their hopes of a top-three finish alive at the weekend with a comprehensive win over Leongatha on the road.

The Lions dominated across all pockets of the court with Georgia Moody and Bella Hodgson leading the way under the ring with 33 and 29 goals, respectively.

Skipper Sammy Waters was also among the best through the midcourt and young gun defender Shannon Freeman earned plaudits for her work containing the Parrots’ attacking end.

Jess Edgar was a standout under the ring for Leongatha in the loss with 23 of her side’s goals while the remainder fell to Maddie Kerr (nine) and Hannah Flanders (seven).

Among the best for the Parrots were Kate Browne, Nicola Marriott and Georgia Riseley.

The Lions face Warragul this weekend and the winner will snag the all-important third-place and a double chance.

Leongatha will finish their season with a trip to Bairnsdale and, if they drop the game, run the risk of relinquishing fifth spot to Maffra in the unlikely event the Eagles beat Traralgon.

Warragul hung onto third spot on the A grade ladder with a seven-goal victory over Bairnsdale on Saturday, 43-36.

Jaime Rollinson scored 22 of her side’s goals in a standout performance while Alex Cole and Shae Kyle were also among the best for the Gulls in the win.

The Gulls have it all to play for this weekend against Moe, with the winner cementing third spot and a double chance come finals.

When the sides last met in round nine the Lions were 10-goal winners on the road and impressively did it without the services of tall timber goal shooter Bella Hodgson.

Maffra’s finals hopes were dealt a blow at the weekend when the Eagles went down to Drouin by six goals at home.

The Hawks were led by league gun Stacie Gardiner in the ring who shot 34 of her side’s 54 goals.