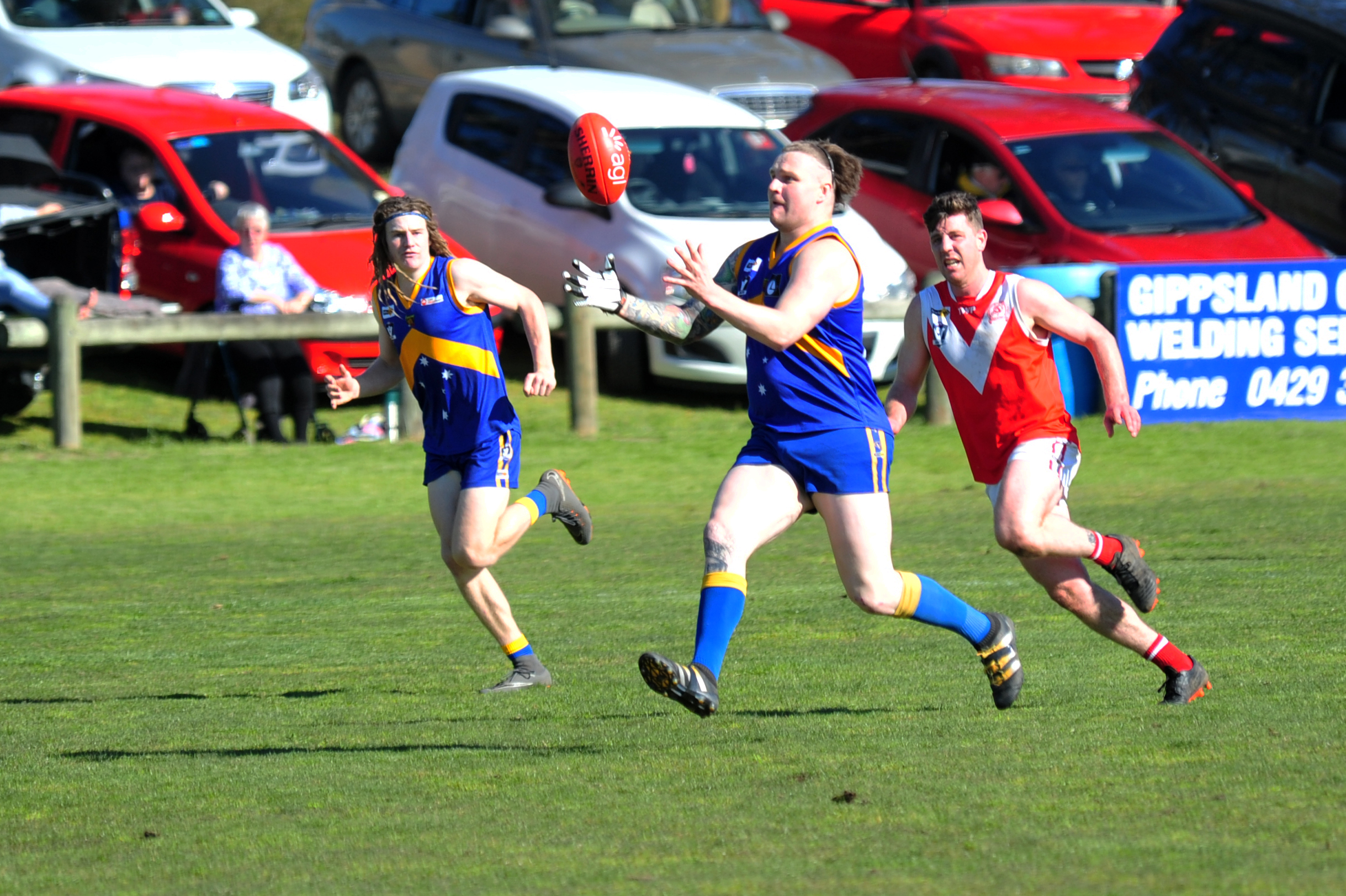 Yarram have won through to the 2019 grand final after holding off a resurgent and quickly-closing Churchill side in the second semi-final in the North Gippsland league on Sunday, 19.10 (124) to 18.8 (116).

The Demons started strongly at Rosedale Recreation Reserve, stacking on six goals and three behinds to the Cougars’ four goals and two behinds to lead by 13 points at the first change.

The second term went much the same way with Churchill adding three goals and the defending premiers adding five majors to their tally to stand 25 points in front at half-time.

A damaging seven-goal third quarter by the Demons extended their lead to what seemed to be a match-winning 46 points at the last change.

With a spot in the premiership final on the line Churchill were stung into action in the final term and came home with a vengeance, nearly snatching victory from the jaws of defeat with a seven goals to one to close out the game and fall just eight points short.

Among the best for Yarram were Griffin Underwood, Tyler Chisholm, Vardy and Rodaughan.

The Cougars will face Rosedale in the preliminary final this weekend.

Rosedale provided a minor upset in the second week of NGFNL finals, holding TTU to just five goals and bundling the Bombers out of the post-season on their way to a resounding 37-point win in yesterday’s first semi-final.

The Blues established a slender one-point lead at the first break which was extended to 13 points at half-time.

The second term, however, brought with it eight behinds for the Blues who had ample opportunity to put the result beyond doubt.

The Bombers encountered some kicking woes of their own in the third term, managing five behinds from as many scoring shots while Rosedale added three goals and three behinds to head into three-quarter-time with a 29-point buffer.

Another three goals in the closing quarter to TTU’s two goals and two behinds saw the final margin at 37 points.

Brandon Mcdonald was the difference for Rosedale in the win and finished with four goals while Matt Royal was also impressive and bagged three and Brad Scott two.

Among the best for the Blues were Luke Stuckey, Hayden Bell, Royal and Scott.

The Blues will face Churchill in the preliminary final this weekend with the winner to meet Yarram in the decider.