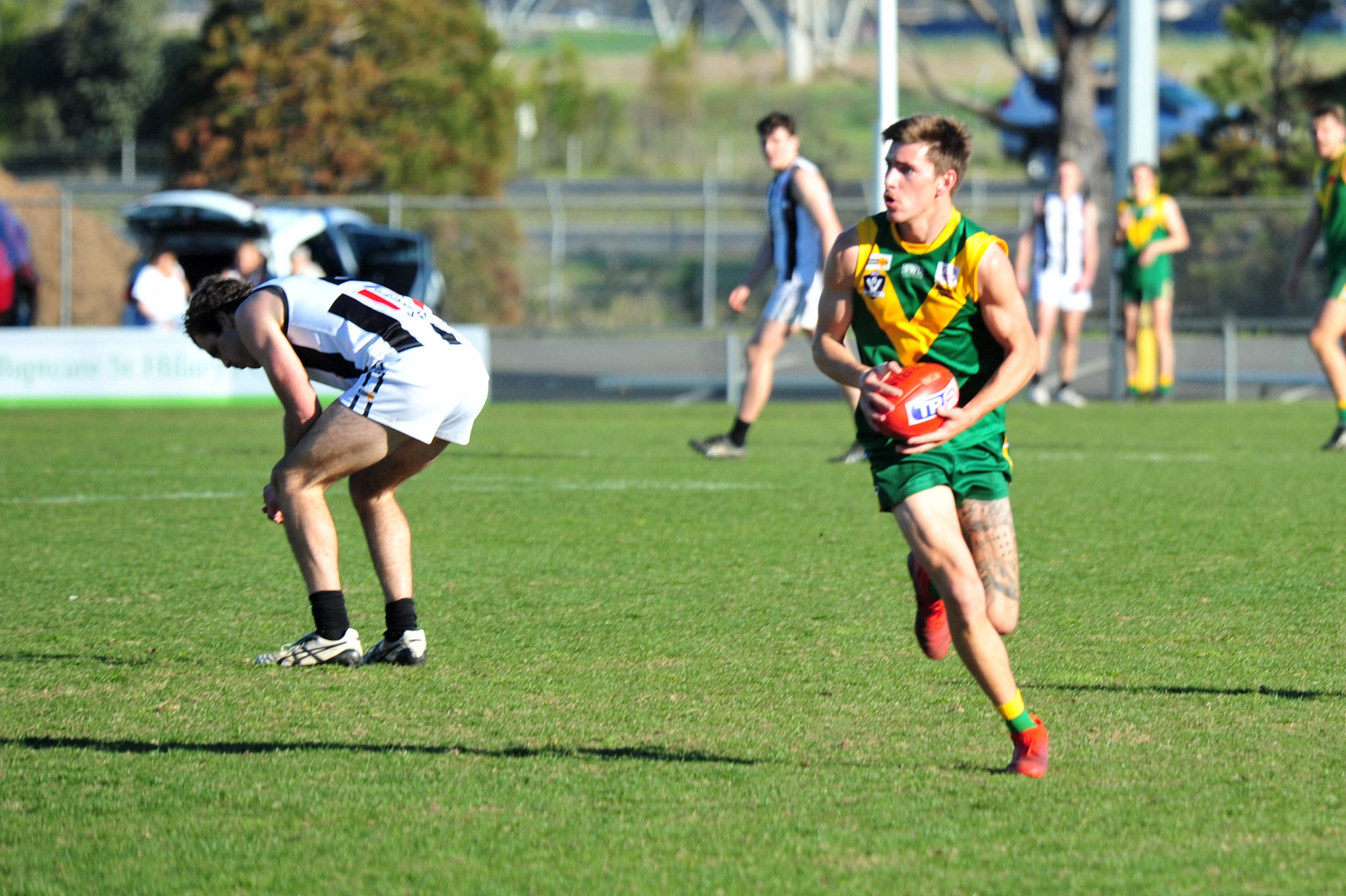 Defending premiers Leongatha kicked off their quest for three flags in a row in style on Saturday, leading at every change against Sale in the qualifying final, 20.12 (133) to 12.6 (78).

The Parrots set the tone early with an eight-goal first term, three of which came courtesy of Josh Hopkins, to take them into the first break with a 26-point lead.

The margin was extended to 32 points inside the first minute of the restart in the second with Nick Nagel bagging his second of the day.

Sale managed to stem the flow of goals for 16 minutes before Chris Olden broke the drought for the Parrots and Jack Mclindin pegged one back for the Magpies to to stand 37 points in the red at half-time.

The Magpies, with three goals and two behinds, won the third term on the scoreboard, thanks in part to Leongatha’s inaccuracy on goal which saw them finish with one major from six scoring shots.

With a 35-point buffer heading into the last quarter the Parrots were brought home by three final-term goals to league gun Tom Marriott to win by 55 points.

All the usual suspects bobbed up for Leongatha in the win with Josh Hopkins scoring four goals and Chris Olden, Tom Marriott, Nick Nagel and Chris Dunne all with three.

Among the best for the defending champions were Luke Bowman, Cameron Stone, Marriott and Hopkins.

The Magpies will now face Moe in this weekend’s first semi-final while Leongatha will come up against Maffra in a rematch of the 2018 decider in the second semi-final.

Moe cruised past Drouin in the Gippsland league elimination final yesterday, incredibly holding the Hawks goalless until the third quarter on their way to an 80-point win, 17.11 (113) to 4.9 (33).

The seeds of doubt were sewn early for Drouin as the side endured a painful first half with seven behinds and no major score to trail by 31 points at half-time.

The drought was broken in the third term when their first goal came but Lions Bernie Vince, Spencer White and Thomas Long were having a field day and dominating across the ground.

Six goals in the third term stretched Moe’s lead past 10 goals at the last change before another six-goal term to close out the game saw them win through to the a semi-final match-up with Sale in style.

Spencer White bagged six goals in a leading performance for the Lions while Thomas Long kicked five of his own and Dylan Farrell was the other multiple goalkicker with two.

Bob McCallum was the only player to score multiples for Drouin with two of their four goals.

Among the best for Moe in the landslide win were Long, Grady Cocksedge, White, Scott Van Dyk and Ben Morrow.