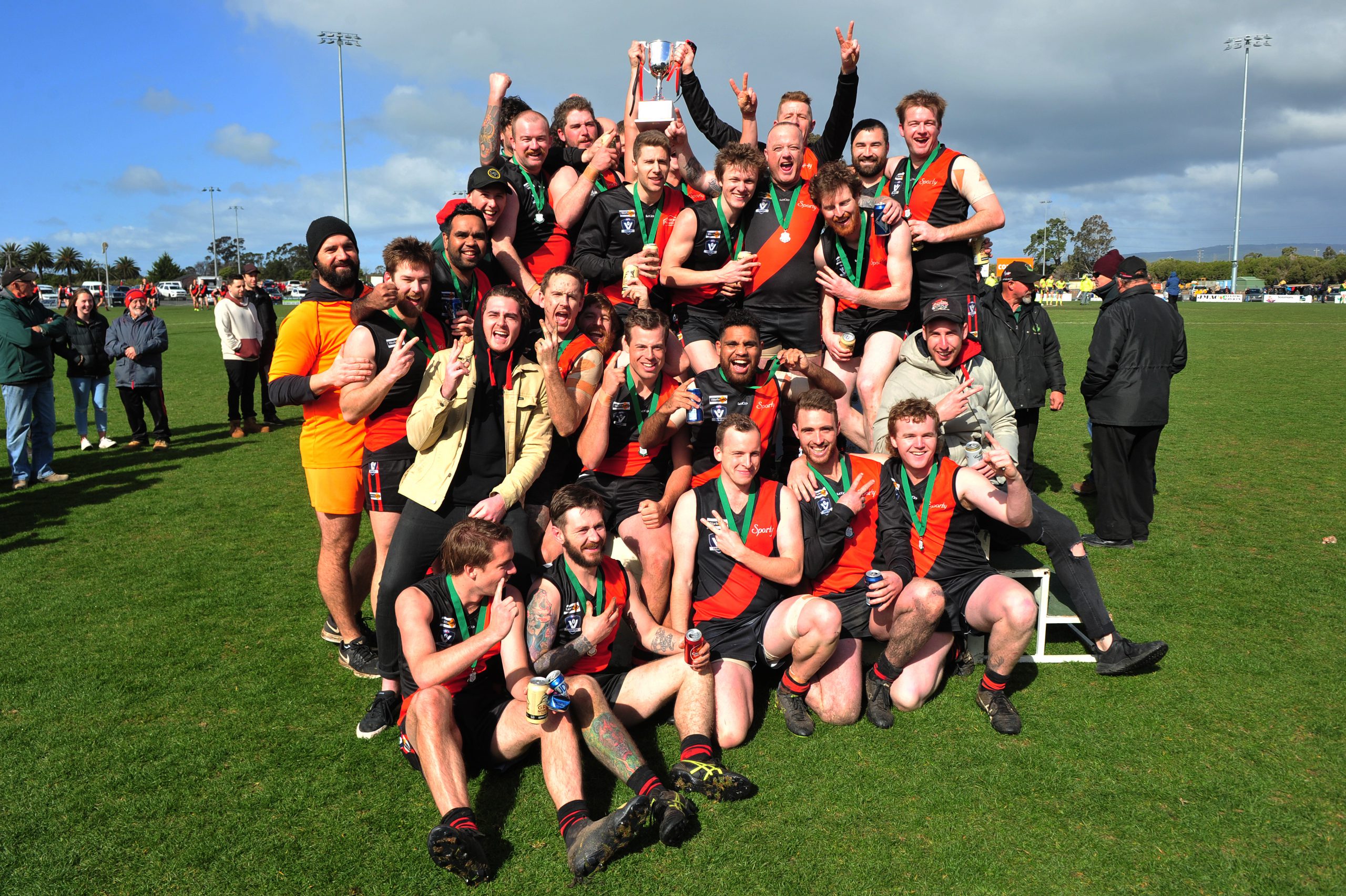 Yallourn Yallourn North completed the dream double in the Mid Gippsland league, holding off Trafalgar to take home the reserves flag, 4.6 (30) to 3.3 (21).

The landmark win made it back-to-back reserves flags for the Bombers who finished 2019 undefeated atop the table.

In wet and windy conditions, YYN kick-started the decider with two goals and one behind to the Bloods’ one straight major to lead by seven points at the first break.

Trafalgar scrapped their way back into the contest in the second, scoring two goals to level scores at 20 points apiece at half-time.

The Bombers pulled away in the third, limiting the Bloods to a solitary point while packing on a goal and three behinds to lead by eight points at the last break.

The heavens opened as the ball was bounced to restart play in the final term and it was YYN who weathered the conditions better, scoring the only point of the quarter to run out with a nine-point win to seal the premiership.