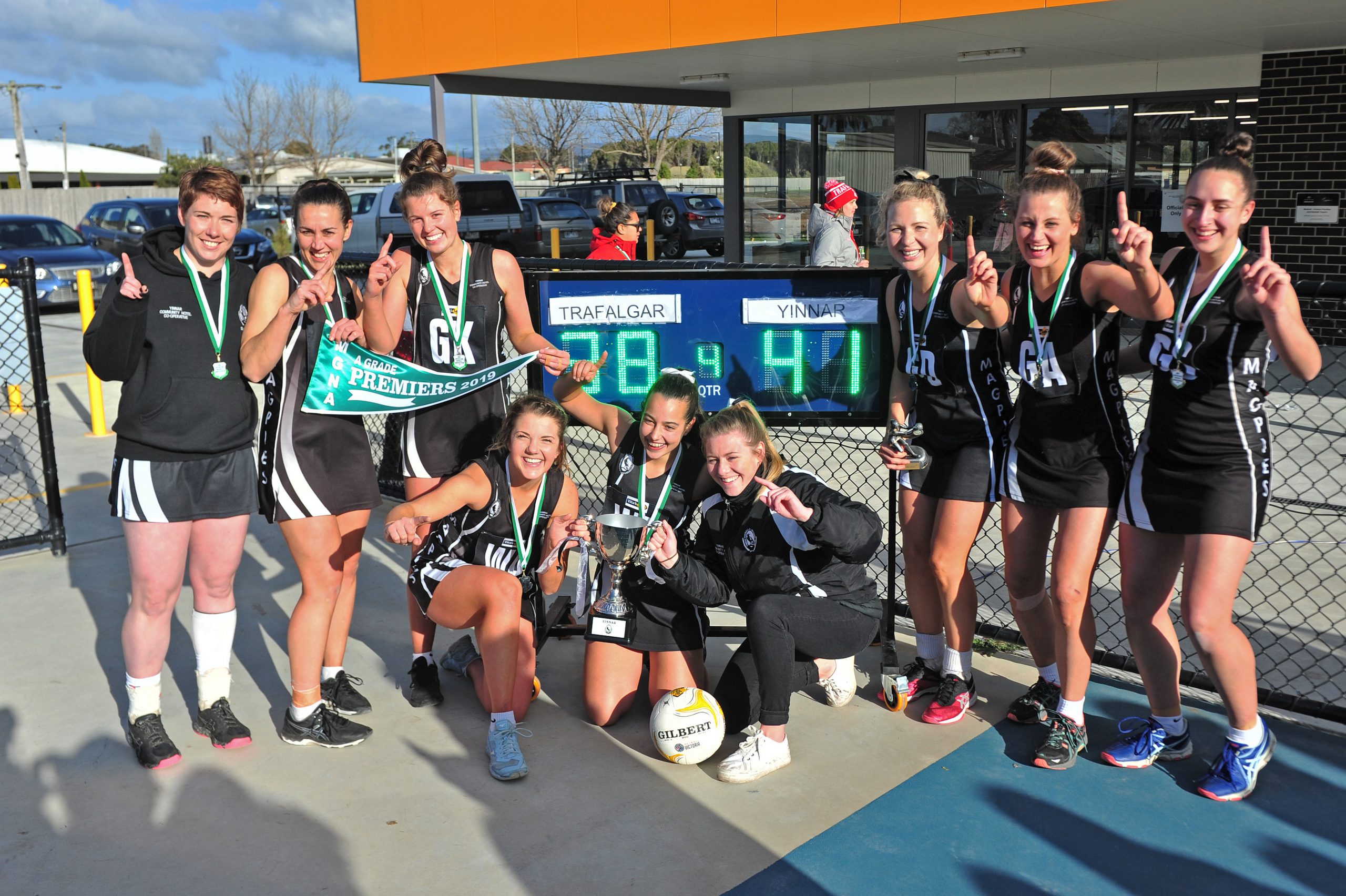 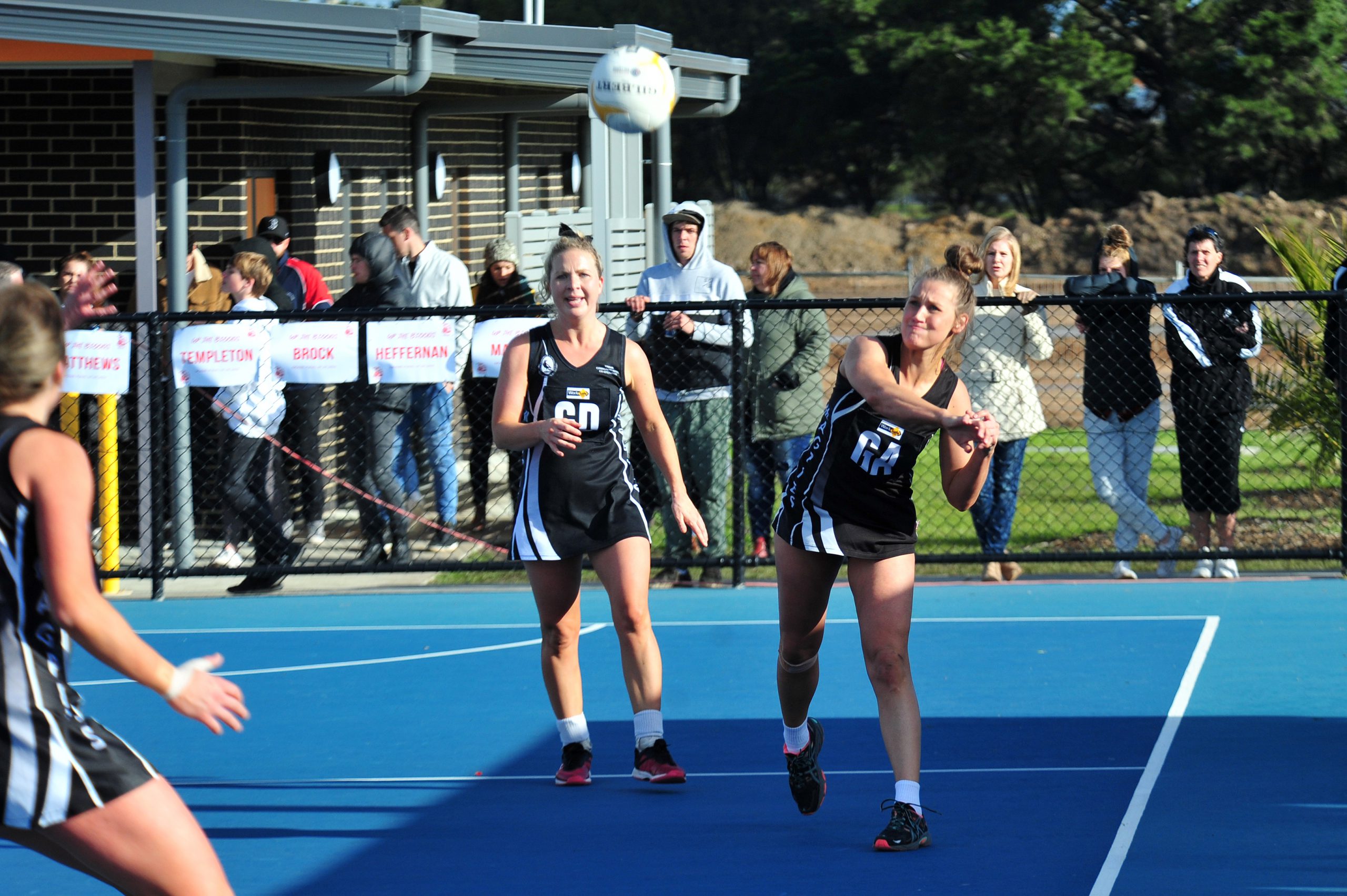 Yinnar withstood a resurgent Trafalgar side to storm home to A grade glory in the Mid Gippsland league grand final on Saturday, 41-38.

The stage was set for an old fashioned shootout after both season proper games were decided by a single goal, the Bloods and the Pies sharing the points with one win each.

The first quarter threw up some challenges for both sides with rain and swirling winds making clean possession hard to come by.

It was Yinnar, however, who found their feet first, making the most of a flurry of turnovers to lead 11-8 at quarter-time.

Courtney Risol was causing all sorts of headaches for the Bloods’ attacking end in the second quarter, intercepting almost at will at centre passes and in the ring.

With the assistance of Halie McColl in centre, the Pies rocketed passes into goals to Skye McDonald who couldn’t miss and took the side into half-time with a nine-goal buffer.

Captain Megan Hancock was running rampant through the mid court for the Bloods and forced the Pies to move young gun Hollie Bugeja, fresh off the bench, into wing defence.

Yinnar’s lead was cut back marginally to seven goals at three-quarter-time but the Pies looked to have the run and the fitness to stave off any Trafalgar comeback.

At goal defence for the Bloods Billie-Jo Malady started the final term with a score to settle, forcing turnovers to help her side’s goalers net three-in-a-row and it was game on.

Through sheer will Trafalgar got back within two goals with just five minutes to play before the fitness and experience of Yinnar helped them pull through to the final whistle with a three-goal win.

Coach Halie McColl was overcome with emotion in the wake of the clutch win and said the Bloods’ final-quarter comeback was no surprise.

“That’s been something that Traf’s really good at, is coming back like that, so we just had to hold our nerve,” McColl said.

“I said to the girls at three-quarter-time ‘all we need to do now is look after and our ball and we’ve gone on and won the game’.”

“We just tried to hold on [for] dear life and thankfully we did.”

Magpie Courtney Risol was awarded best on court for her role in defence.

The 2019 flag marks the first A grade premiership for Yinnar since 2003.