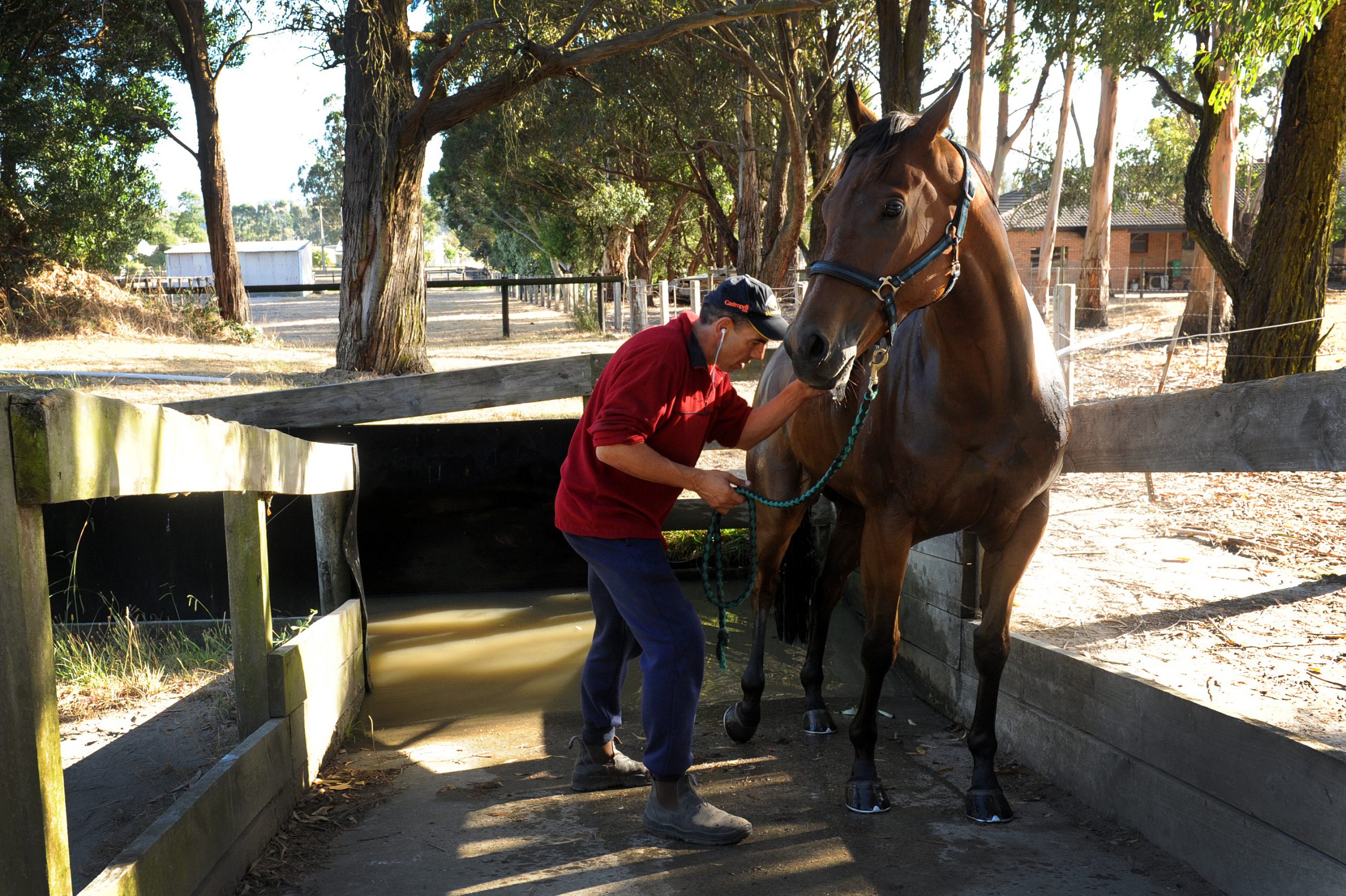 Moe trainer Peter Gelagotis had a winner at Moonee Valley last Friday night with Serenade the Stars getting up in the Dynamic Print Group Handicap (3000m).

Gelagotis believes the six-year-old gelding has plenty to offer and credited jockey Liam Riordan with a solid ride to get the win.

“I think he is a horse with a lot of depth and he’s going places,” Gelagotis said.

“Liam assessed the race beautifully, I believe he’s a quality stayer and that race was way too slow for him.

“(Liam) took the initiative and rolled forward and he never looked like being beaten from 1000m out.”

Gelagotis thinks there is more to come from Serenade the Stars but he doesn’t want to rush him.

“He is a horse of high quality,” he said.

“I believe if (we don’t step him up) now, it will be autumn and if not then it will be next spring.

“I am a great believer in letting a horse evolve under their own steam – build confidence, pick cherries and put money in the bank for the owners.

“Get the horse wins on the board in lower grades so when it does challenge at the top end, the tanks full, it’s beaming with confidence and doing its best.”

Gelagotis has five horses accepted to run in the coming days including a pair at Morphettville on Saturday in Kamien and Audacious Beau – both will have Riordan aboard.

Kamien will run in the Romeo New Supa Valu Handicap (1200m) and while four-year-old gelding has won its last two races over the same distance, it will do well to place in a competitive field.