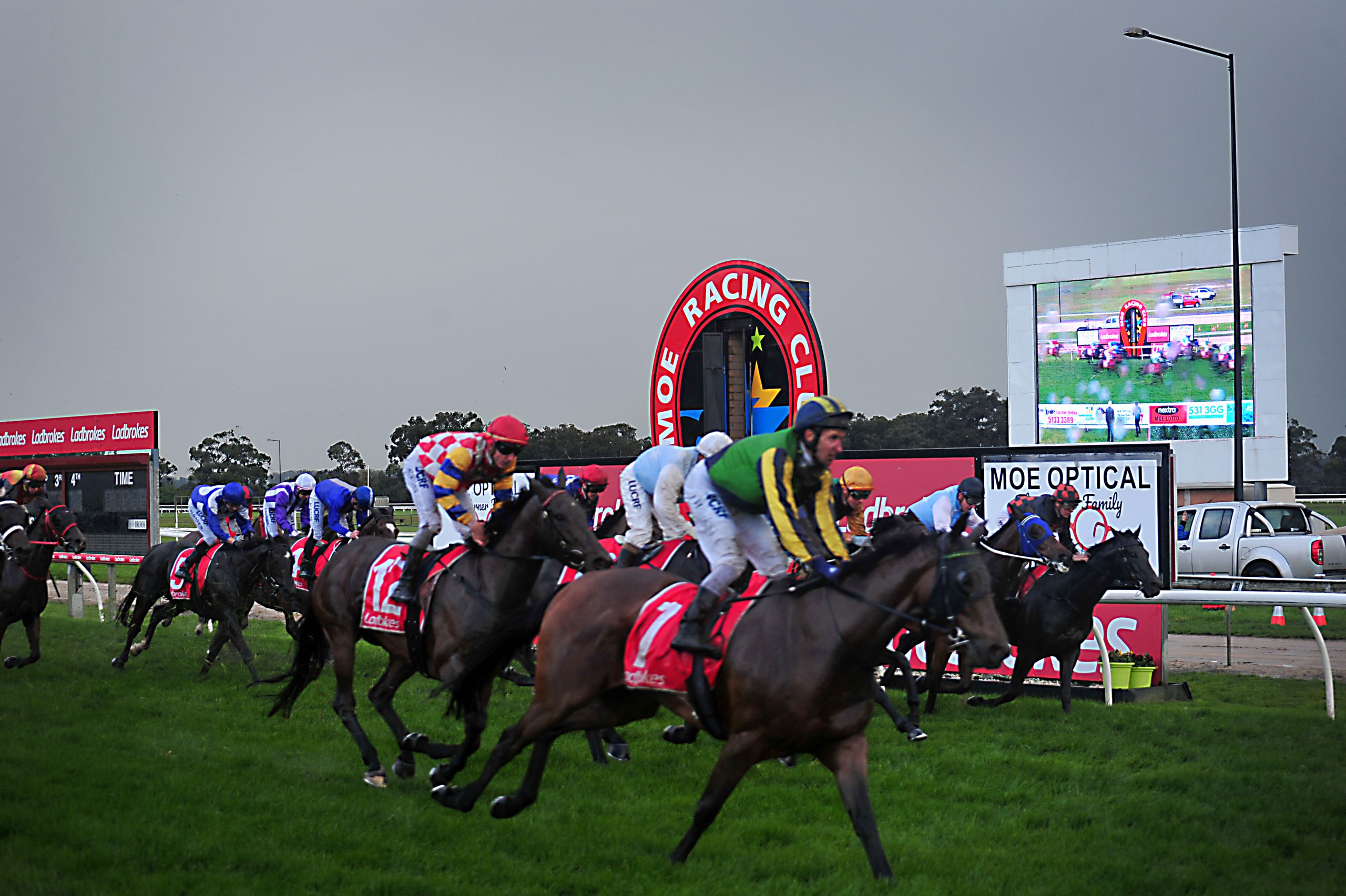 The five-year-old son of High Chaparral ($14) rattled home in the straight to claim the feature by a length and a quarter from Annarbor ($9.50) and Mr Clarify ($26) a further nose away in third.

“It had the conditions to suit with the evident rainfall and it panned out really well,” Turnbull said.

“With the step up in distance and the soft track, we though third-up he was ready to run a race but the barrier meant he had to find a good spot and he put pay to it really well.

Turnbull suggested Moe could be the first of many country cups the New Zealand-bred gelding picks up on the way to metropolitan racing.

“Country cups were always going to be on his radar,” he said.

“He has ticked one off so hopefully he can keep ticking them off so we can aim for something higher later on.”

Group 1-winning jockey Winks said the torrid conditions hindered his vision for most of the run, but said the horse’s character was a key factor in him being first past the post in a time of 2:14.90.

“To be honest that’s one of hardest races I’ve ridden,” Winks said.

“We back the horse, he travelled very solid the whole race, he obviously likes the wet conditions.

“To his credit, he was getting help up on the turn but he did a good job to pick up on the wet track and he won pretty convincingly in the end.”

Winks used the post-race interview with racing.com to send his condolences to fellow jockey Dwayne Dunn, who would have been on Gundown’s back had it not been for his father, Barry, passing away last Tuesday evening from pancreatic cancer.

In a cruel twist of fate, Barry would have celebrated his 69th birthday on Moe Cup Day.

“I would just like to say I have picked this ride up, my condolences to Dwayne Dunn,” Winks said.

“You don’t like to pick up rides under conditions like this, so condolences to him and I wish I wasn’t in this position now but it is what it is.”

Annarbor (Beau Mertens) lost no admirers to finish runner-up, while Mr Clarify ran a terrific race for the Walters team.

Lucky For All ($6) finished fourth after an interrupted run for key parts of the race. Favourite Masculino, who drifted from $4.40 to $4.80 with on track bookmakers pre-race, finished third-last, beaten 5.8 lengths.

The day started off in jaw-dropping fashion with former-Moe trainer Craig Blackshaw’s New York World at $101 but it wasn’t to be outdone when The Red Sea came from midfield in race three to win at a similar price.

Moe Racecourse lost power after race fifth forcing a delay which saw race six, as well the Cup, pushed back by 50 minutes.

The rain continued to stop and start throughout the hold-up as murmurs circulated around the track as to whether the Latrobe Valley’s premier race would be abandoned for the fourth time this decade.