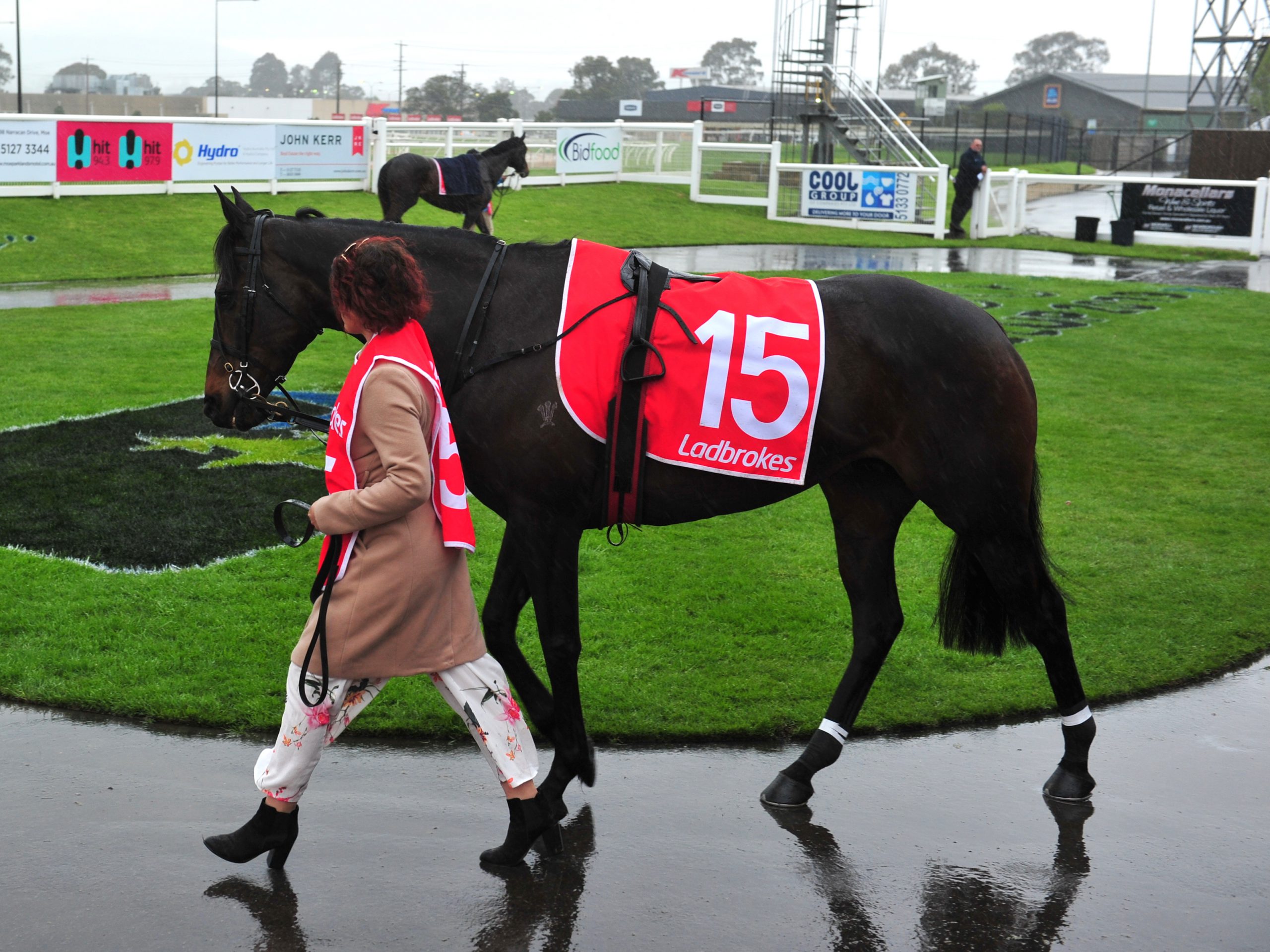 His chance in the feature race, six-year-old mare Rube Bridges was in contention with less than 400m to run, but faded to finish second-last.

Gelagotis felt his horse was able to deal with the track, which was rated as a Heavy 8, but paid the price for pushing early.

“The conditions were not against her, it was just the barrier draw and the tempo of the race,” Gelagotis explained.

“I thought she was tough to the 150m mark,but had just done too much work early in the race to finish it off.

“She’s deep into the prep and she’s probably looking for the paddock to get some sunshine on her back.”

Fandral was Gelagotis’ first runner of the day in race three, however, the four-year-old finished 11th in a race won by John Moloney’s $101 chance The Red Sea.

In race eight, Gelagotis-trained Thoughtful Harmony struggled in the mud to finish ninth.

Gelagotis said he felt for Moe Racing Club to have such turgid weather on their marquee meet, suggesting the track was able to deal with the soak although it certainly favoured some horses more than others.

“It is just unfortunate for the club (to have such bad weather),” he said.

“It is their feature day and when you get that amount of rain on the day itself it chops the track up and makes it pretty tough going for a lot of horse.

“You really have to be a real specialist to handle these conditions so congratulations to those who had winners today and the Cup winner, it would have been nice if the weather held off but that’s racing.”

Fellow Moe trainer Allison Bennett also had four runners over the day but they also failed to make their mark. Mr Charisma and Crisis Point made up two of the last three finishers in race four while Appmat ran last in a field of eight in the Winning Edge Benchmark 78 Handicap (1600m).

The news was better for Ian Jones, with his charge Doctor Coto a game second behind Guess Again in the last.

Doctor Coto loomed large, only to be overhauled in the latter stages of the 1000m Benchmark 64 event.

John Pascoe’s duo Lord Almighty and Vainstream finished down the track in their respective events.