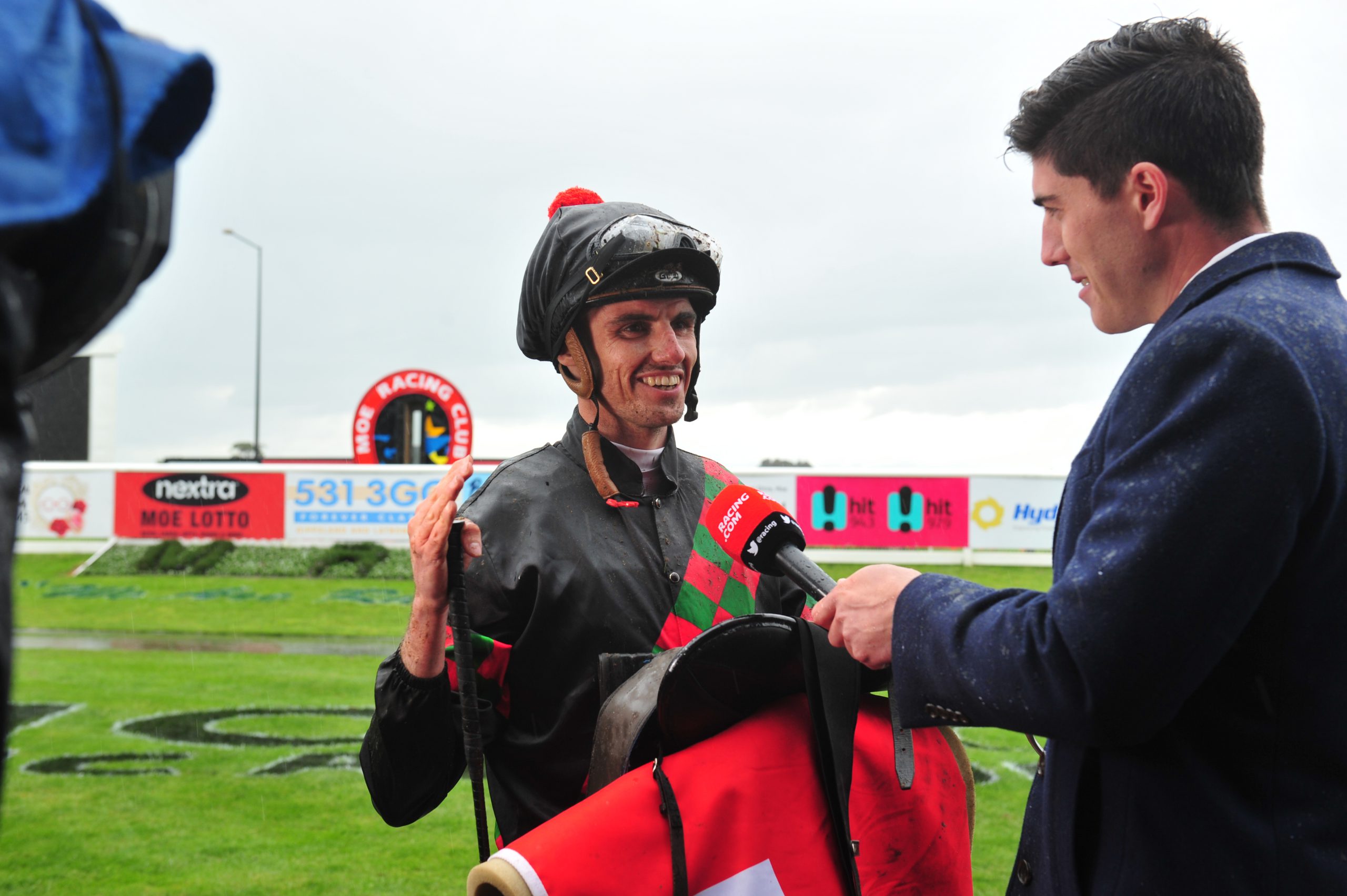 Patrick Payne and Billy Egan bagged a double on Moe Cup day with winners in the second and the sixth.

Trainer Payne, based in Plumpton, had a good prospect in the Moe Parklands Motel Maiden Plate (1100m) in Glass Ceiling.

The four-year-old debuted well in September when jockey Egan steered her to second over the same distance at Wodonga and this time around the combo went one better.

The horse came from the middle of the pack to get past the post by three quarters of a length from Toojay and a further length to Eight One Sanchez in third.

Egan believes there is more to come from the mare.

“She will take more improvement from that,” he said.

“She didn’t settle well, she was a still a little keen but from that she will learn to settle better and finish stronger.”

Defibrillate stalked the pack for most of the race before pushing from last with 600m to run to win by two lengths over Cleo’s Poet.

Egan felt the win indicated the horse will measure up really well in Australia.

“He ran pretty well than and sort of clocked off when he had the race in his keep,” he said.

“He still has a bit of learning to do but he’s a natural stayer.

“He hasn’t been (in Australia) long, he has just the one trial, it was a relatively quite trial and he came here pretty well and ready to go.”

The five-year-old mare was prepared by Mornington trainer Jason Warren.