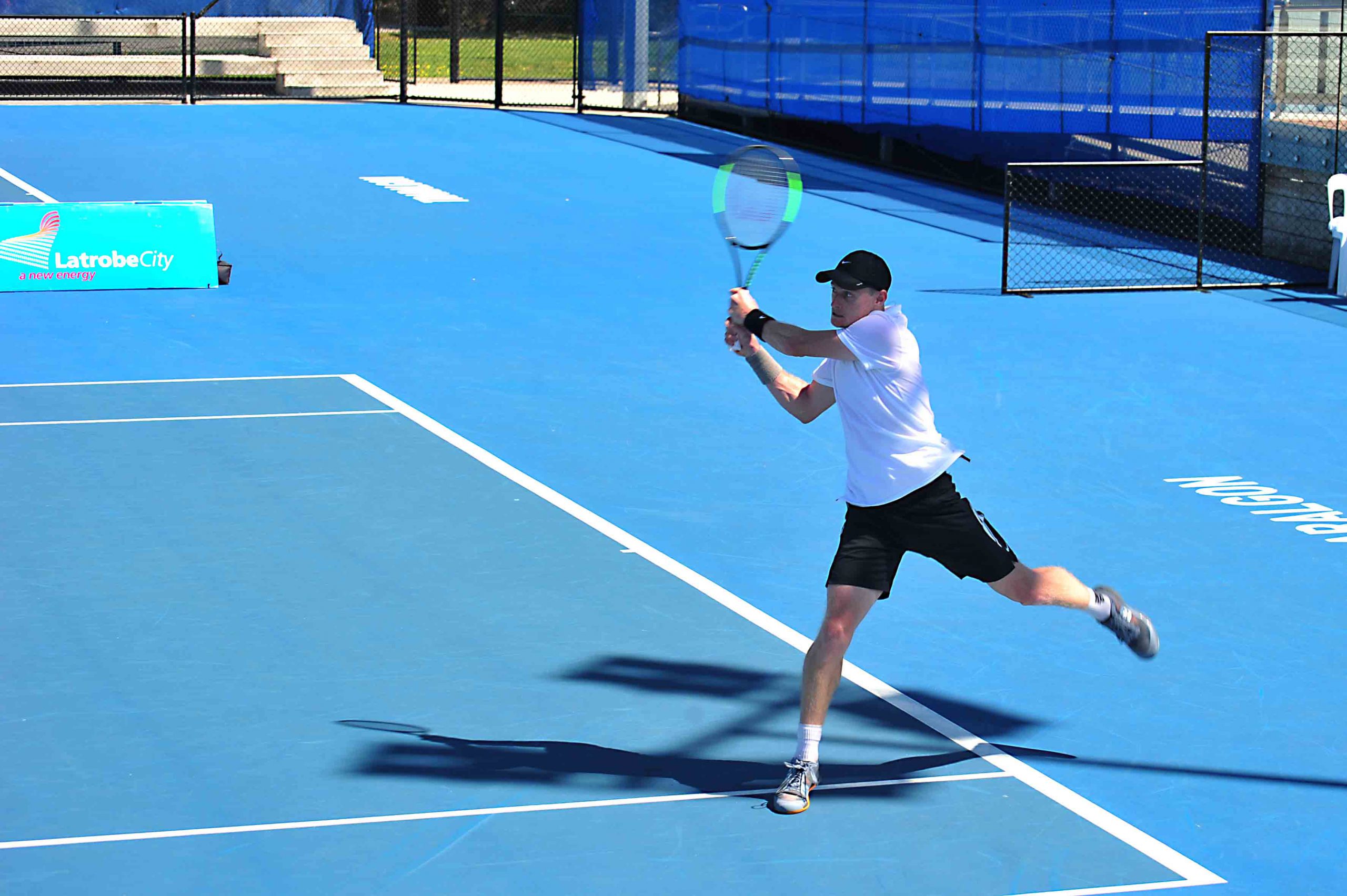 The ATP Traralgon Challenger has passed the halfway stage with a number of Australians in the mix.

Top seed Yasutaka Uchiyama and his Japanese compatriot Tatsuma Ito (2) started their campaigns yesterday as The Express went to print.

Nine Australians were in the final 32, headlined by James Duckworth (3), Marc Polmans (4) and Andrew Harris (6).

Aussies James Ibrahim and Brandon Walkin were the two qualifiers who made it to the main draw.

But neither could make an impact in the first round with Ibrahim falling to American Evan King and Walkin going out to another local in Blake Mott.

Aleksandar Vukic (13), at the time of publishing, was the only seeded player to be knocked out of the competition, losing in three sets to Marcelo Tomas Barrios Vera of Chile.

Former world number 79 Luke Saville is also out after getting losing 5-7 7-6 5-7 in the second round to another Chilean, Alejandro Tabilo, with the match running over two and a half hours.

The only confirmed round of 16 tie set for today at time of press will see Tabilo take on Indian Sasi Kumar Mukund.

In the doubles, top seeds Max Purcell and Saville are into the quarter finals after beating Jason and Adam Taylor 6-3 6-1.

Polmans and King (2) and Bolt and Matt Reid (3) were in first round action yesterday.

Traralgon Tennis Association manager Susie Grumley said the event has been a hit for spectators and players as the tournament begins to turn towards its climax.

“The event is going really great, we have had good weather and we are getting through the matches really well,” she said.

“It is a hot one today [Wednesday], it is meant to be hotter tomorrow [Thursday] before it cools down later in the week, the cool weather won’t hurt, but hopefully the rain stays away because we don’t want any delays.

“The players love playing here, the love the complex, the clubhouse, the facilities, the courtesy bus we put on for them and the cooking – they also appreciate the ball children who have been doing a fantastic job.

Grumley said more 30 ball boys and girls had been on court over the opening few days with their efforts ensuring matches run smoothly.

“The ball kids are from all over Gippsland, they have been just wonderful and it is a credit to them and their parents for supporting the tournament,” Grumley said.

“The love being a part of the event, some of the kids start at 10 in the morning and are still going at the last match finishes at 7 o’clock, they are just happy to be on court without complaint.

Traralgon Tennis Association also held a luncheon on Tuesday which was well-attended and Grumley hopes tennis fans will continue to show support to the ATP event leading into Sunday’s finals.

“The ladies luncheon was enjoyed by around 110 ladies from the Gippsland community,” she said.

“They are enjoyed it, even the ones that’s don’t play and they had a chance to chat with some of the players.

“I encourage people to come down and watch the semi finals on Saturday and the finals on Sunday, there is no charge so you are free to come and go as you please, but we and the players would love to see people in the stands.”

Further information and updates on the tournament can be found at www.traralgon tennis.com.au.