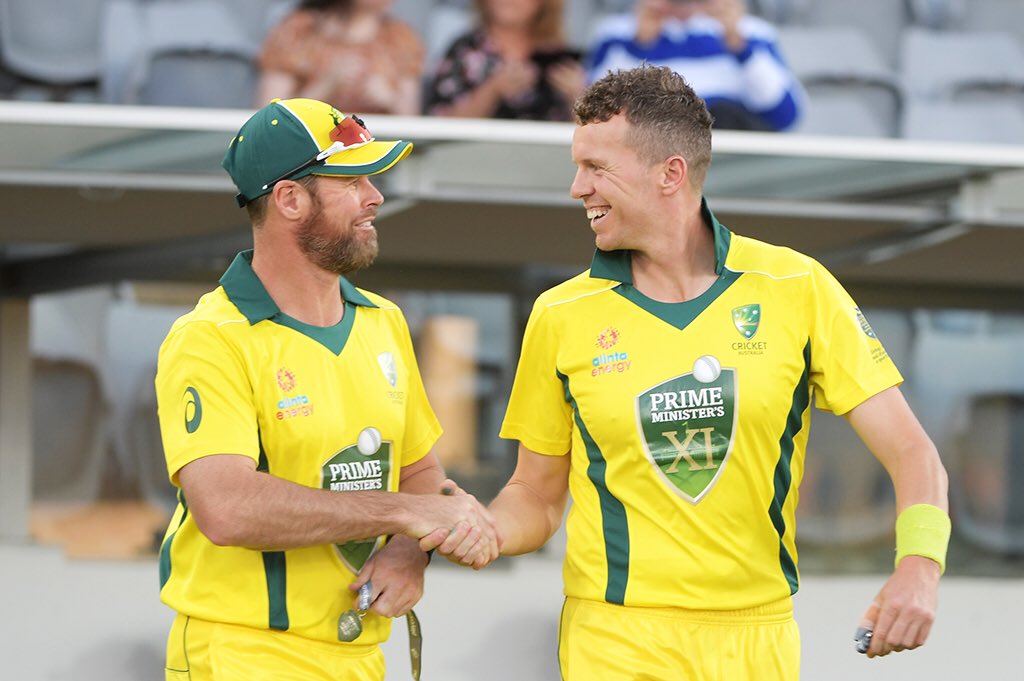 Morwell speedster Peter Siddle got his summer off to a winning start by co-captaining the Prime Minister’s XI to a win over Sri Lanka last Thursday.

Sri Lanka batted first in the 20-over tie at Canberra’s Manuka Oval and put on 131 runs for the loss of eight wickets. Siddle bowled three overs, taking the wicket of Niroshan Dickwella and going for an economic 15 runs.

The match went down to the wire with tailender Fawad Ahmed getting the hosts over the line with one ball to spare.

Harry Nielsen finished man of the match thanks to his 79 off 50 balls at the top of the innings while after Dan Christian (13), Siddle was the joint third highest scorer with nine runs.

Speaking in the press conference before the match, Siddle said he still has aspirations of adding to his 67 Test caps despite Australia having a plethora of fast-bowling options.

“I’m enjoying whoever I play for, whether it’s Victoria this week or even the PM’s (XI), it’s a great opportunity to kick start the Australian international summer.

The 34-year-old said he just needs to keep putting in performances to stay in the considerations of the Australian selectors.

“You put in a good performance you never know what’s around the corner, not just for me but for everyone – it’s an exciting time to be around Australian cricket,” he said.

“If I get opportunities through the summer, that would be great, that’s what you’re always striving for, to be representing Australia.

“We’ll see how it goes, so fingers crossed, if not, I’ll just keep working hard for Victoria and keep pushing to get good results there.”

Siddle is in line to return for Victoria in the Sheffield Shield clash against Tasmania which begins in Hobart on Thursday.