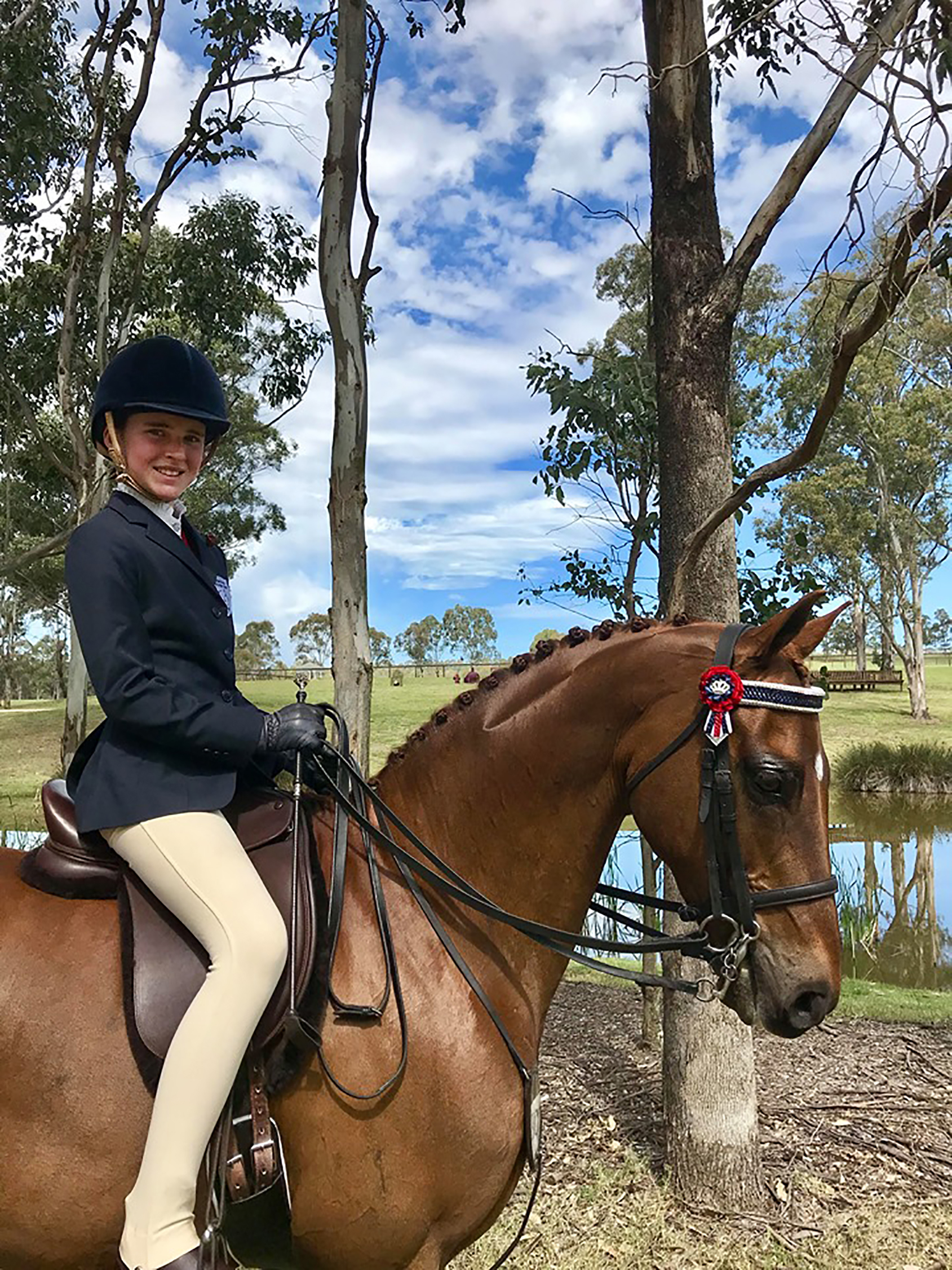 The Traralgon Campus student competed on her horse, Snaps, in the Show Horse Primary section placing first in the ridden and third place in the rider event, which put them fourth overall at the national event.

Olivia was a part of the Victoria Primary Show Horse team, which finished reserve champion.

Olivia qualified for the nationals earlier this year. At the Victorian Interschool State Championships, in the 1B Primary Preliminary Dressage Test, Olivia placed sixth riding Snaps.

In the Primary Open Show Horse Section riding Huey she placed fifth in the rider class, ninth in the led class and seventh in the ridden class.

In the Primary Open Show Horse Section riding Snaps she placed first in the rider class, third in the led class and sixth in the ridden class riding Snaps.

This placed them third overall.