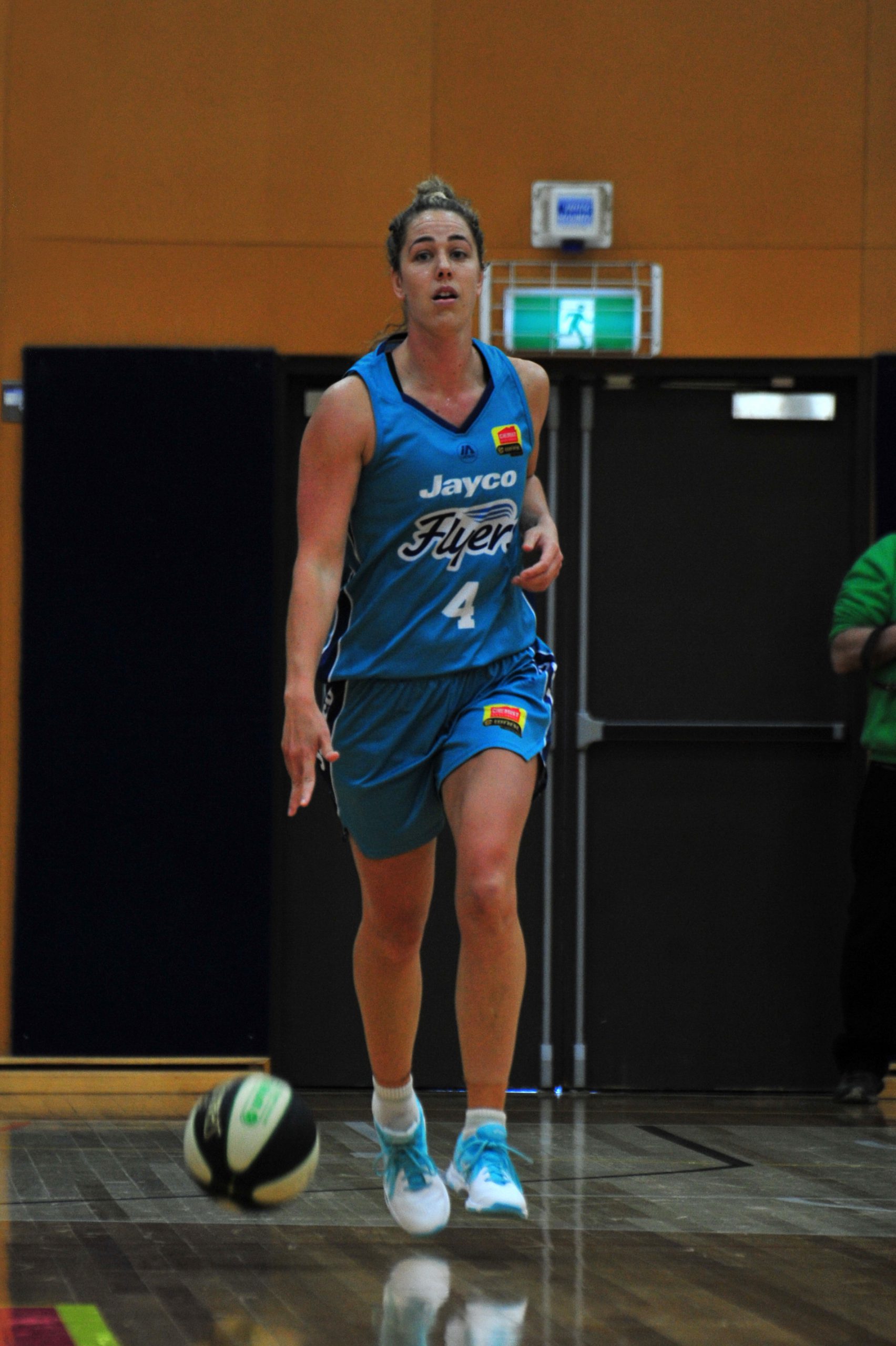 Southside Flyers continued its perfect start to the WNBL season with an eight-point win over Bendigo Spirit at Traralgon Sports Stadium on Saturday night.

The Flyers, skippered by Traralgon product Jenna O’Hea, led by four points at the first change before running out to a 46-31 half-time lead.

Southside didn’t relent in the second-half despite a spirited showing from Bendigo with O’Hea’s side winning 85-77.

O’Hea finished with six points, six assists, four steals and one rebound. Sara Blicavs was the sharpest shooter on court with 23 points while Southside’s American import Mercedes Russell showed off her skills with 18 points and 11 rebounds.

Spirit’s Marte Grays held her own with 22 points and nine rebounds.

The new franchise now sits behind the top ranked Melbourne Boomers on percentage alone with both sides holding and four and zero record after three rounds.

The tabletoppers go head-to-head on November 4 at the State Basketball Centre, but before that Flyers have another match against Spirit, this time at Dandenong Stadium.