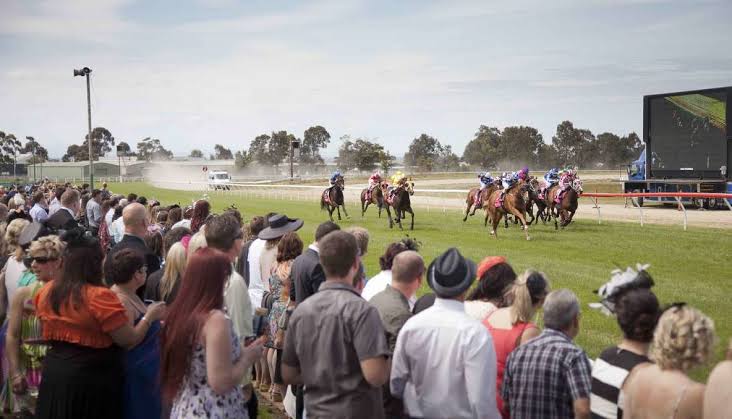 Latrobe Valley Racing Club opens its gates for the first time this year with a seven-race card for Derby Day.

It is worth mentioning off the bat, the Traralgon track is rated a Soft 5 as of Friday morning, though rain is expected on Saturday and should be taken into consideration.

The meet gets underway with a maiden sprint for horses four-years-and-older.

Vahvuus looks like the one to beat. Two placings in the mud and drawn three in.

Hot Glory resumes. The gelding has placed at the distance in Moe. Tashani and Magnoceros are outside considerations.

There are a couple of Moe horses involved in Leica Rock and Deyama. The latter is first-up and showed promise in a trial a Moe recently.

The second race is an open age maiden dash and Cranbourne duo Kiezer and Pride of Pyingerra are my top two.

Kiezer is resuming after a credible first two runs while Pride of Pyingerra stormed home to finish second on debut at Tatura last month.

Brazen Brando is first-up. Yet to place in three starts but has shown ability in trials.

Another maiden, another sprint but this time over a tad more distance.

Dune Field will be tough to beat. Two placings from two starts, including a well-run race at Echuca last month and starts from barrier three here.

The New Zealander’s main rival probably comes in the shape of Yanacocha. Finished fifth out of 10 in a tough debut at Ballarat, had a spell and gets a kind draw.

Cape Etoile along with Moe pair Bonnie Redeem and Molly Dook to battle for third.

The meet moves to a middle distance run with a handful of horses that have won in recent starts.

Hunch is my… hunch, with the four-year-old showing what’s needed to win this race by saluting at Kyneton in mid October.

Legenda has strong claims having run a close second last time out over 1600m. He should enjoy the extra grass.

Nine-year-old veteran Cordoba has six wins from 45 starts. The last being at Bairnsdale in September on a Heavy 8. Consider if it’s wet.

In lieu of a trophy race, this sprint probably the best race of the day.

It’s hard to pick a winner here though War Mistress and Cataracta look like good places to start.

War Mistress, a mare out of Pakenham, didn’t show her best at home on a Soft 6 last start. That was preceded by a strong third at Seymour and a good trial run.

Elsewhere, New Major has claims with a win on debut two starts back and Russell Cluning’s Yasey Sun has a chance of a place.

New York World demands a mention coming in off a 100-1 win on Moe Cup Day. With a thunderstorm predicted, could lightening strike twice?

Who will take out the penultimate race of the day is anyone’s guess.

I am leaning in favour of Thin Green Line. Well-weighted, back-to-back placings including a good third at decent odds last time out. Wide draw some concern with the mare’s best runs coming nearer to the fence.

Kaphit deserves a chance second-up and with a good barrier draw. Gambeson and French Fizz also have appeal.

Mention for My Survivor, Elusive Shine and Written Consent who have 255 starts between them for 25 wins. Likely not to feature but respect your elders.

The last race of the day features two Moe horses that aren’t completely without a chance.

Cluning’s Game Up Hardy has been around the block while Catherine Martindale’s Longneck Larry could receive support on name alone. Longneck Larry is out of form but two of his three wins have come at this distance and all three have been on either soft or heavy tracks.

Gee Whizzer, Written On Rock and Sykdedupgal look like better bets. The former is my top pick with the eight-year-old still there or there abouts this prep.

Star Search and Reward The Misses are also shouts for the minors.