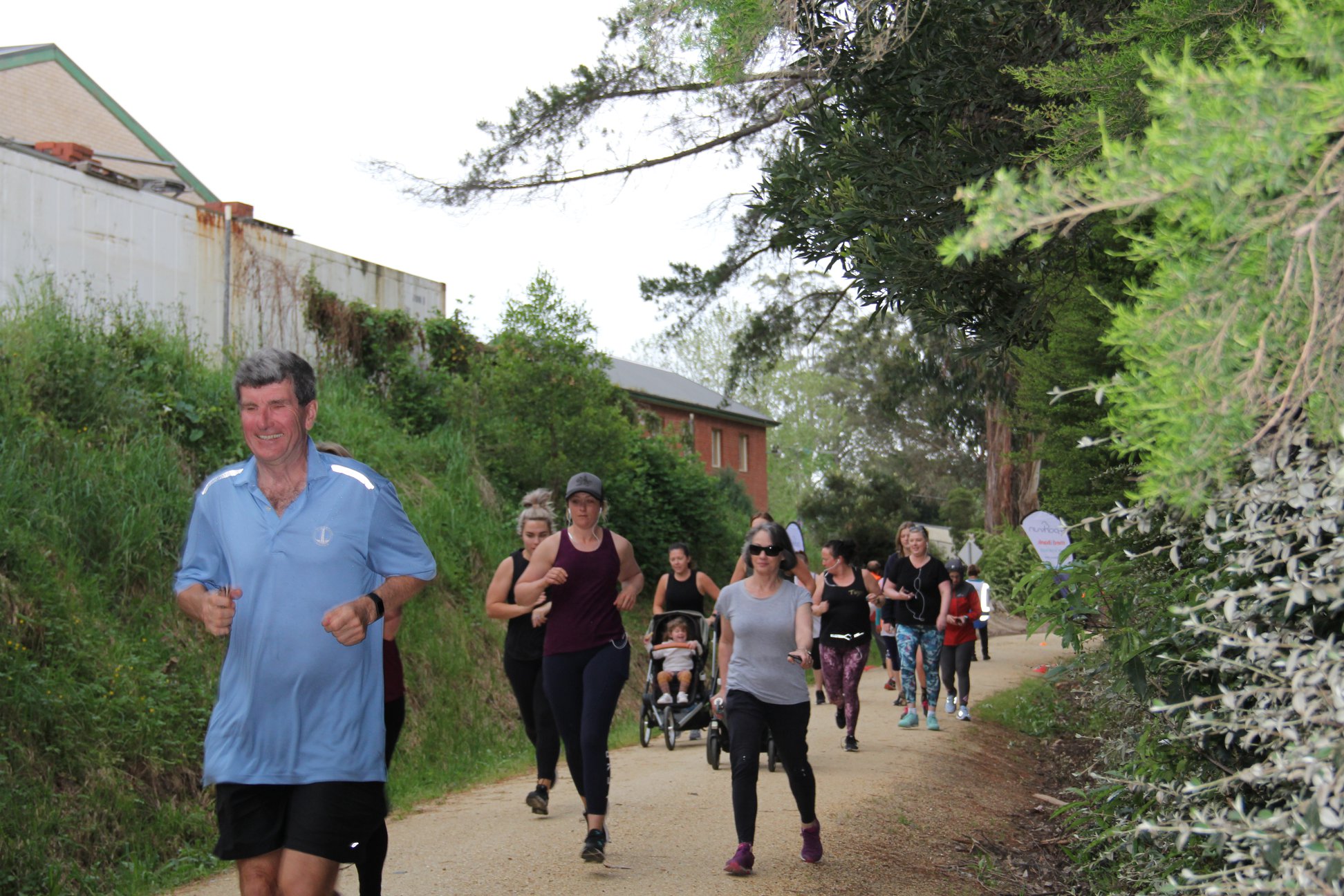 A warm and balmy November morning welcomed 32 participants and 11 dedicated volunteers to the Grand Ridge parkrun.

Race director for the day, Jodie Pincini thanked the 11 volunteers who made the event possible before some housekeeping including asking if there were any visitors or any milestones for the event.

Dedicated parkrunners from Westerfolds, Berwick and Pakenham were welcomed and one of these visitors. Steven Rutkowski, not only recorded his 100th parkrun event, but he also was the first across the line.

He was almost pipped at the post by another visitor in Chris Andrews, but unfortunately Chris did his hamstring just 200m short of the finish line. We were also pleased to welcome two participants who were about to complete their first ever parkrun.

I was once again pushing a pram at the event and as usual, there was lots of encouragement and support out on the course.

As the participants took off from the starting line, there was a bit of a drizzle which was soon forgotten under the canopy of the Strzelecki Rangers.

The morning was unusually mild defispite the poor forecast and it was a taste of warmer park runs to come. As the event came to its conclusion, the heavens opened and the expected rain came quickly and heavily.

Full credit to the volunteers who didn’t bat an eyelid as the kept timing, scanning and snapping pictures.

A special mention this week to wildlife warrior Ellie Stubbs who competed the Ned Kelly Chase marathon on October 26 in an outstanding time of 3:30.

Ellie has been trained for the Wangaratta-based event for a few months and the Grand Ridge parkrun team wish to congratulate her on this massive achievement.

The other special mention goes out to regular parkrunner Murray who hurt his back on Saturday.

We hope it’s not too serious and you recover quickly Murray.

The Grand Ridge parkrun in Mirboo North takes place every Saturday at 8am.

Meet at the picnic bench at the start of the Grand Ridge Rail Trail on the Strzelecki Hwy, opposite Couper St.