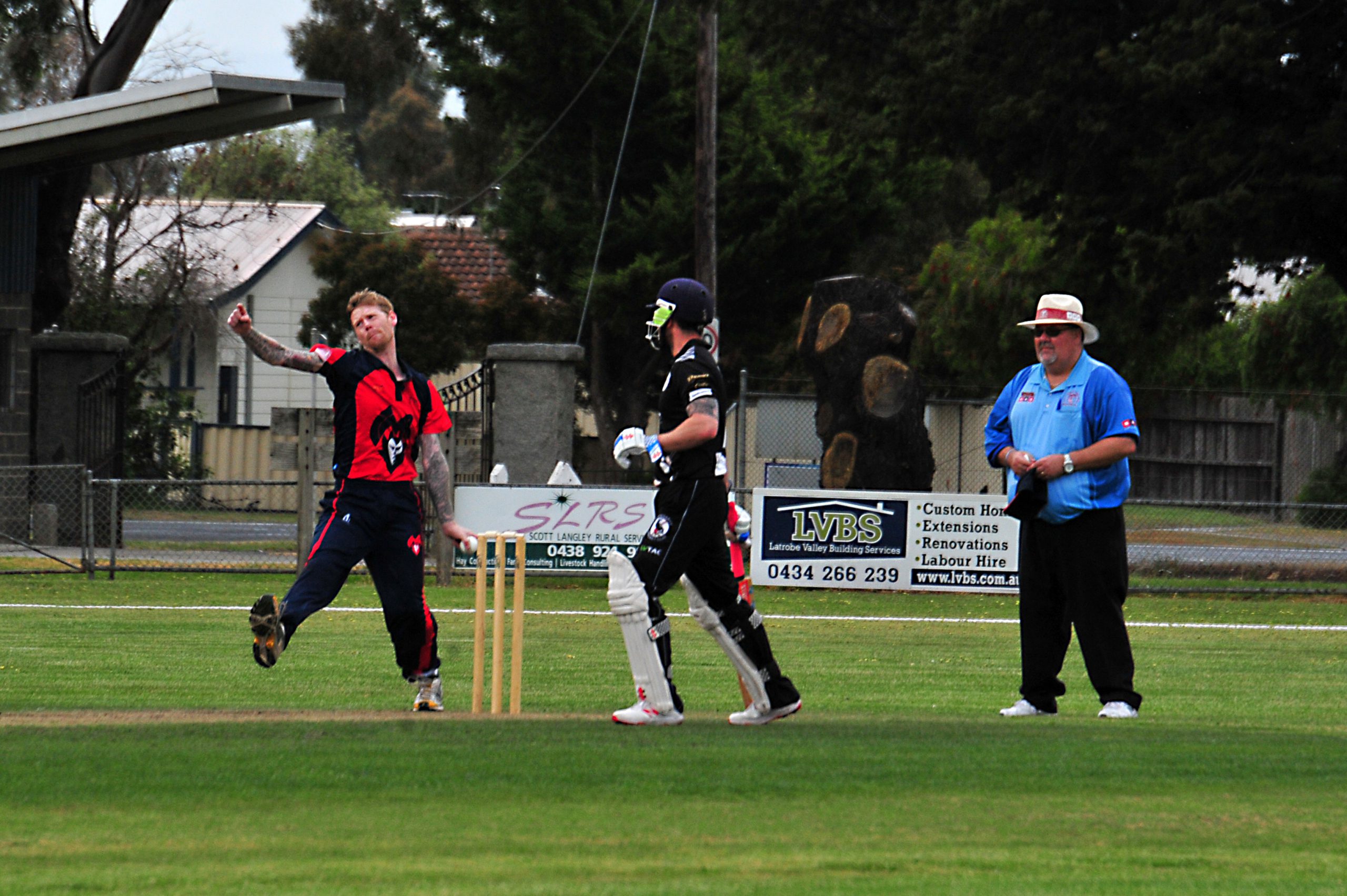 It seems to be a common theme this season, but again Saturday is forecast for rain in what will no doubt be another frustrating weekend for players, curators and cricket fans everywhere.

Hopefully the forecasters have got their information wrong and the TDCA this weekend gets to see some results instead of the dreary wet weather that has upset the last few rounds.

The match of the round may seem like a mismatch on paper, but at Fred King Oval this weekend bottom-placed Glengarry take on top-of-the-table Ex Students.

It sounds strange that this game will be the match of the round, but the rivalry these two clubs have formed over the last seven years is as strong as any other in the TDCA and no matter where the teams find themselves on the ladder they both step up the intensity when preparing to take on the other.

Glengarry fired a big warning shot last week when Frank and Sam Marks got off to a flyer against Imperials.

The Marks brothers opening the batting in A Grade poses a huge threat for any opposition and now with those two back in the team taking on the new ball it allows Al Jenkin, Hamish Busk and Brandon Francis to come in when the ball has lost a bit of that shine and play their natural game.

Ex Students also got off to a great start last weekend only to be halted by the rain as well.

The star-studded line-up is looking incredibly good so far this season which will pose an issue for Glengarry and really test out their bowling depth.

The big match-up here will be from ball one when Frank Marks faces up to Jimmy Pryde in what will be an exciting tussle.

Prediction: Ex Students batsmen will enjoy Fred King Oval’s flat deck and their plethora of spin options will put the pressure on Glengarry for the whole match. Unless a Glengarry player can have an amazing day out the Sharks should be too strong… just.

Imperials travel to Roger Ries Oval in another intriguing contest.

Toongabbie keep improving and have been adding even more class to their already strong line-up.

New addition Mitchell Floyd, who has a big reputation, adds even more depth to Toongabbie’s already strong pace bowling attack and will no doubt be itching to show his new club what he can do with the ball.

Young Zak Russell has been a revelation for the Rams this season with the young gun doing a brilliant job opening the batting.

Imperials are second on the ladder, but are still trying to figure out their best side and with players such as Shaun Boyes and Anthony Bland making runs in B Grade there might be some pressure on Imps batsmen to convert their starts to big scores.

Ryan Foulkes and Nick Smith will enjoy the Roger Ries wicket as will the ‘Wild Thing’ Joel Randall so Toongabbie’s top order need to be prepared to face a pace battery themselves.

Prediction: Toongabbie are now getting into their season and will back themselves every day of the week on their home patch. Both teams batting line-ups can be brittle so early wickets will dictate the outcome of this match.

Gormandale host Rovers for the final match of the round.

This will be the first time former Gormandale batsman Connor Little takes the field against his old side.

Shaun Barbour and Jamie King will be fired up while Adam Brady will be at his snarling best in partnership with fellow TDCA Hall of Famer Chris Lehner as they will both build pressure from in front and behind the wicket.

The best thing Rovers can do is to get Little into the game early and let him bat at three or four to hopefully get a score and take the sting out of Gormandale.

If Little can get in and build a good innings the Tigers focus will change and they will get distracted which will then allow the likes of Dougal Williams and Hayden Willaton to let lose and pile on quick runs at the end of Rovers innings which will give them the best chance of winning this game.

Tom Orpe has threatened with the willow and due for a big score.

Prediction: Gormandale have too many match-winning options with the ball and against a young Rovers batting list they will be just too good and get the win at home.