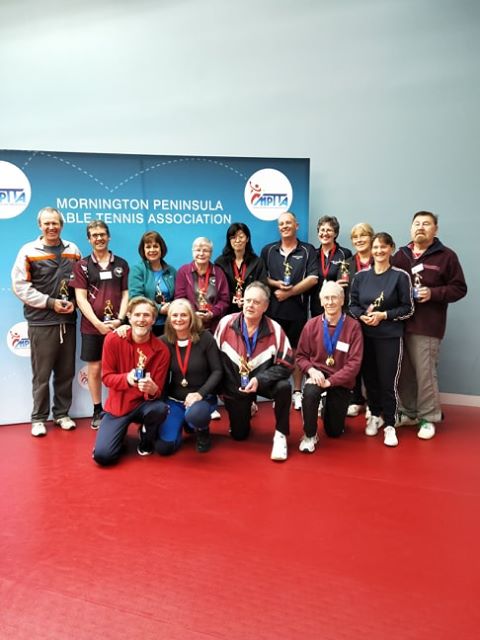 The Traralgon Keenager Table Tennis team had a strong showing at the recent Mornington Tournament.

The team had six winners across the three divisions as well as four runners-up.

In Division 1, Jeff Pollard won the men’s doubles while Miwa Honga and Margaret Decker came second in the ladies’ doubles and Sheila Whitehead and Jeff Pollard were mixed doubles runners-up.

In Division 2, Sheila Whitehead and Kaye Baxter took out the ladies’ doubles and Miwa Hongo and Alan Fullard won the mixed doubles.

In Division 3, Helen Procak and Fiona Fullard and John Philpot and Shaun Gardiner won the ladies’ and men’s doubles respectively.

Each final was an all-Traralgon affair with Andrea Windsor and Debbie Philpot and Max Crisp and Rob Thompson finishing as runners-up.

The mixed doubles was taken out by Traralgon’s Fiona Fullard and David North.

Pollard said he was happy with the team’s performance at the tournament, adding Keenagers table tennis provided a fantastic opportunity for people to socialise.

“It was the biggest group of players we have sent to a tournament and we are really proud of their effort,” he said.

“There were a lot of first-timers at tournament level. Keenagers started at Bairnsdale to give people a social outlet, it’s not intended to be competitive but every so often we get to play in a competitive tournament.

“Early next year send a team to Albury-Wodonga for a tournament in March.”