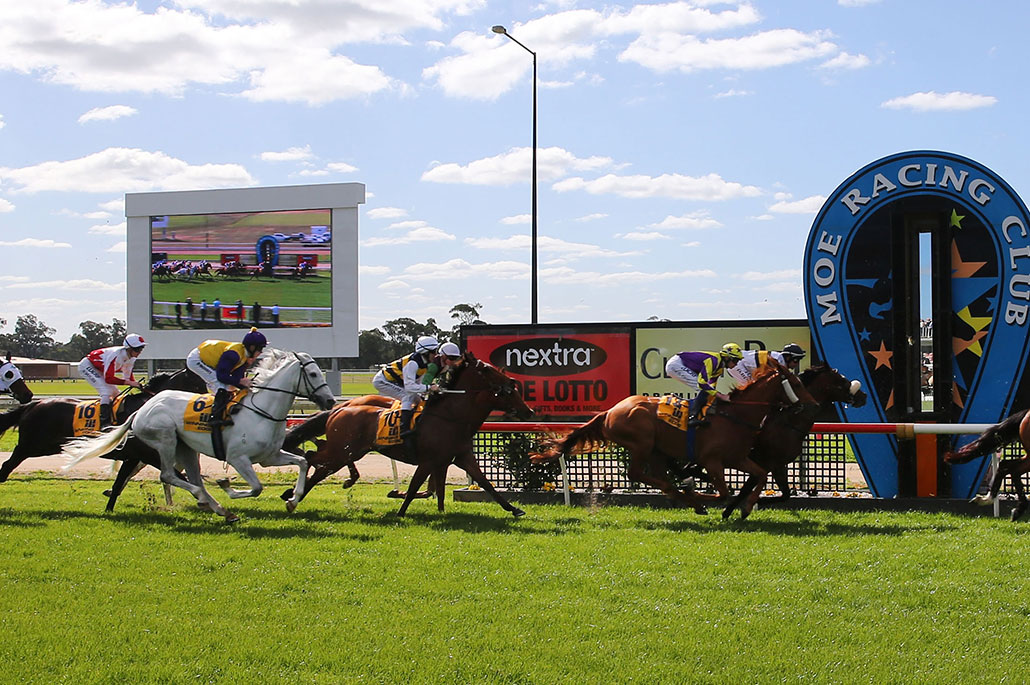 The weather gods haven’t been kind on Moe Racing Club of late with today’s meeting to be run in stifling heat after recent meetings have been heavily affected by rain.

The expected steamy conditions forced Racing Victoria to bring forward the meeting by two-and-a-half hours to avoid the intense afternoon heat which is tipped to top 38 degrees.

RV’s hot weather policy will also be enacted to ensure the health and well-being of horses as well as jockeys, trainers and their stable staff.

The track is rated as a Good 4, a dramatic change to the heavy decks dished up at recent meetings in the Latrobe Valley.

The opening race is a maiden sprint and I am backing Kiezer in after a sound run first-up at Traralgon earlier this month.

Sennachie finished strong for fourth at this distance on debut at Kyneton, a run preceded by encouraging trial form.

Henley Miss is interesting. Third-up here after running second at Geelong on a Heavy 9, two weeks after a tame run at Echuca on a Good 4. One to consider?

Seafield Road and Dama Rapida are both considerations for the minors. Expect the latter to firm in betting.

Another maiden over 1200m, however, there is a bit more experience in this field this time around.

Feline Advisory out of the Ciaron Maher and David Eustace stable is one to watch on debut. Gets the favourite’s tag on pedigree rather than trial form.

Barossa Kiss, Durability and Unbounded are all in the mix. I would lean Durability by virtue of a good draw and an improved run last time out.

Deyama is a good local chance. The Paul and Tracey Templeton-trained mare disappointed last start but suffered from thumps post-race. Sound before that.

Allison Bennett’s Sei Bella will do extremely well to feature.

Rapid Romance is a contender. The filly keeps improving, she’s a strong finisher and should lap up the distance first go.

Annandale put in a gutsy run for third here last start, much different conditions here but she represents value.

Star Attorney is she for his second start after a good-enough debut at Corowa over the same trip.

Russell Cluning’s Bonnie Redeem runs here. Very much an outside chance for the minors.

The longest journey of the day has a clear favourite in Reliabelle who has been there or there abouts in each of her five starts. Won on debut at a similar distance at this track.

Top-weight Alienated drops down to this run and should improve on recent starts. Ran 3.55L off Gundown in the Moe Cup.

Yesido stepped up to this distance in his last start at Seymour and impressed. Diamondsandbubbles looks to be popular, but she hasn’t done much at this distance, other than a second in a three-horse field.

The local contingent is made up for Bennett’s Mr Charisma and Cluning’s Game Up Hardy. Both are outside chances and have firmed from longer odds. The former has drawn inside.

A short-and-sharp sprint with half the field in contention.

Our Gladiator Resumes having won two from five first-up. The six-year-old mare has featured in strong fields than this.

Testino is worthy a look, slow finish on a Heavy 10 last start. Tempo has been good this preparation, gets the inside gate with Group 2-winning Ben Allen on board – decent chance.

This is a busy race but there looks to be three main contenders in Dirty Digby, Fanaar and Rushford.

All are second-up and Dirty Digby is my tip. Finished strong at Monee Valley last time out and drops down for this run which appeals.

Fanaar broke his maiden last start and should only be better, similar for Rushford minus the win last start.

Longneck Larry, Rokurokubi and Yasey Sun are the Moe prospects. Cluning’s Yasey Sun is improving this preparation and could really challange.

The draw and weight goes against her but Ambitious Gem is my top selection for the penultimate race. Good record first-up and looks better than the other horses in this race.

Miss Skeptical and Purvie’s Princess will contest that. The former has a sound record at this level and the latter is second-up after breaking her duck last start.

Penny Hickey-trained Nina Rules is a consistent performer who was honest in running third at this track earlier this month.

I am backing Sweet Elvira in the last. The mare is second-up after winning on her home track earlier this month. Very capable at this distance.

Prism is worth a look. 1600m looks to be the ideal trip for the four-year-old and wasn’t far away at Mornington last start.

Bennett’s Crisis Point is a genuine chance here at good odds. Finished last at Pakenham last start but that run looks to be an outlier for a steady horse which has performed well this preparation.

Moe trainer Christine Sexton has Delightful Celyna in this one. The mare has come in from $41 to $16 so some people are keen enough, but I am not one of them.