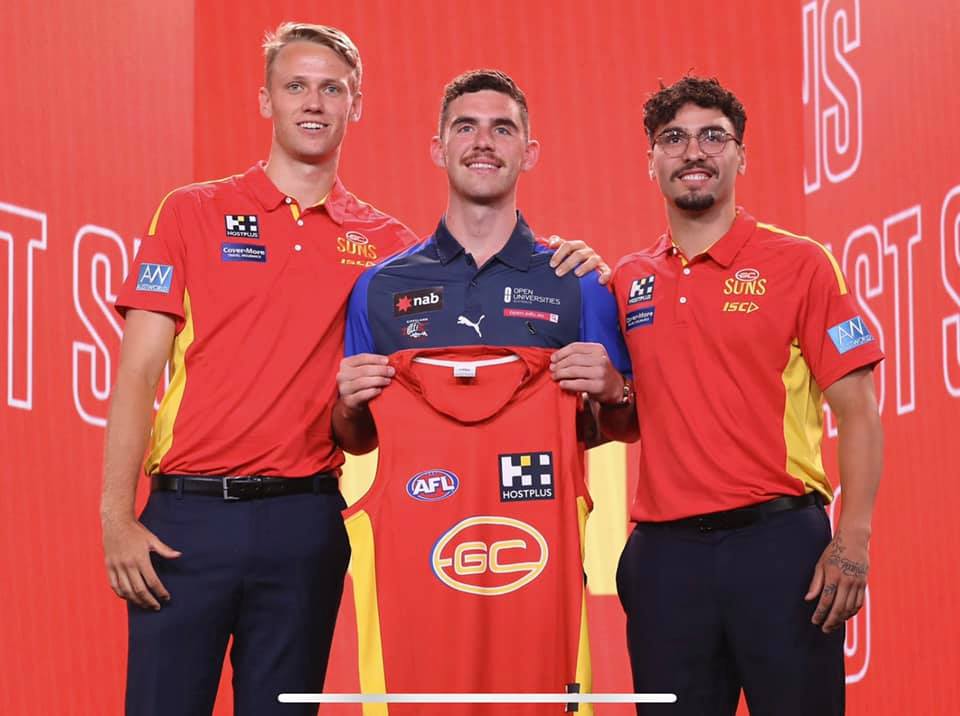 GIPPSLAND Power set a new club record for most players drafted in a season.

Eight Power players who started 2019 not on an AFL list, ended the year on one.

Warragul product Caleb Serong started the ball rolling in Wednesday night’s national draft when he was selected by Fremantle at pick eight.

Serong, a midfielder/forward, spoke of his delight to join good mate Hayden Young in the west.

“It was a pretty nerve-wracking time before the draft, [but] to hear my name called out by the Dockers – I’m absolutely stoked,” Serong said.

Sam Flanders, who had been touted as a potential top five selection, expressed his relief after being selected by Gold Coast at pick 11.

The Suns traded up the draft order to nab the Fish Creek product, described as a powerful medium forward/midfielder.

Gold Coast list manager Craig Cameron said he was surprised Flanders was still available at pick 11, making the decision to select him an easy one.

“”We rated Sam really highly, but [other clubs] had their own choices I suppose,” Cameron said.

“Sam will bring flexibility, play midfield and forward, he’s got good speed and agility. Matt Rowell’s a hard working inside mid, Noah [Anderson] is a big-bodied mid, so there’s a good mix of players there.”

Thursday’s second round brought even more joy for the Power.

Sale’s Charlie Comben became a Melbourne player after the Demons selected him at 31, while Brock Smith will trade work at Yallourn Power Station for life in the sunshine state.

Brisbane Lions chose the Power captain at pick 33, a result which also pleased the Newborough and Moe football clubs, where he came through the ranks.

Lions recruiting manager Steve Conole said Smith can develop into a player able to fill a lockdown role or provide rebound from half-back.

St Kilda had to bide their time in the draft, but when they came to the table, selected Trafalgar and Moe footballer Leo Connolly at 64.

Connolly is renowned for his speed and kicking talents, with the ability to hit targets consistently off both feet.

He was the third Lowanna College student taken in the national draft, with the fourth in Harry Pepper selected by Hawthorn as a Category B rookie.

Pepper made the move from the forward line to the backline and is a medium-sized defender with top-end speed.

Warragul’s Fraser Phillips is off to Carlton after being taken at pick 18 in the rookie draft, while former Power player Sam Skinner was redrafted by Brisbane with pick 12.