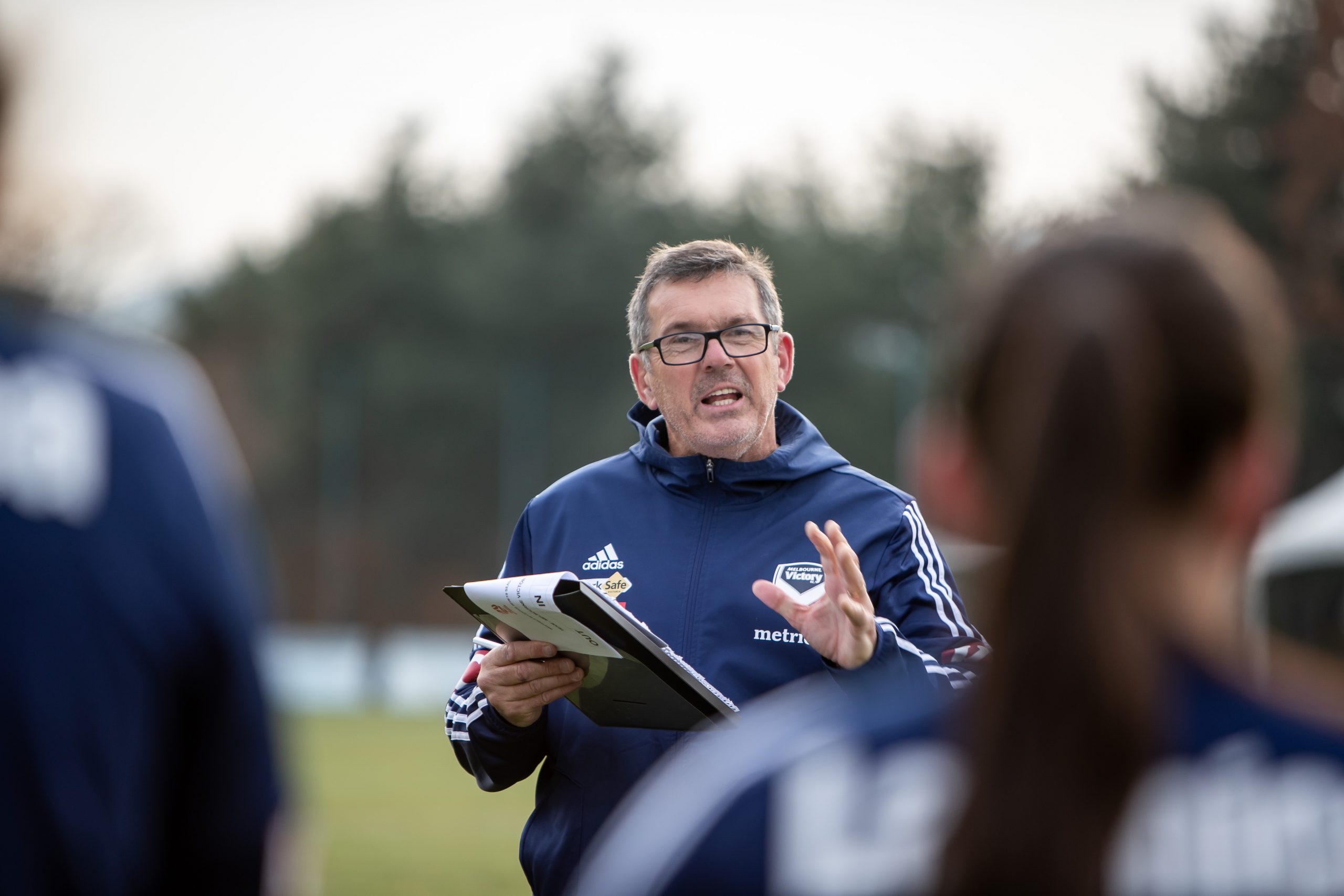 Jeff Hopkins would be forgiven if he was a little bit sentimental ahead of a return to Morwell this weekend.

More than two decades ago it was the Latrobe Valley that welcomed the Welsh international for his final year as a player with the Gippsland Falcons.

“Morwell is the first place that I lived when I came to Australia, it’s like a second home for me here,” Hopkins said.

“I don’t get to come to Morwell very often and when I do it’s always great to see friends of mine, I always run into someone I know when I’m back.”

Having made 23 appearances in the heart of defence for the Falcons in the 1998/99 season, Hopkins progressed to coaching the club following the exit of Stuart Munro.

Twenty years later he is back in charge of Melbourne Victory’s W-League team, a position he has held since 2016 after a successful period at the Brisbane Roar.

Victory hosts Western Sydney Wanderers at Latrobe City Stadium on Saturday in what is their first ‘home’ game of the season.

The club returns to domestic action after competing at the AFC Women’s Club Championship, where it gleaned one point from three matches.

“We have just got back from Korea where we trained together, spent time together and played together which was a great start,” he said.

Hopkins said Victory underwent a series of changes to the roster from last season and a major focus has been on meshing as a team.

“For the first four or five games we are trying to build momentum, to play our style of football,” he said.

“By the end of the season we want to go into (the) finals (series) playing confident football.”

Hopkins said Victory had been working on their defensive structure in a bid to thwart Wanderers, who are quickly earning a reputation as the competition’s entertainers with American ace Kristen Hamilton in fine form.

“We have had great sessions working on our back four, we have to be tight, strong and disciplined,” he said.

Victory sits in fifth place, having played one less match due to their overseas commitments.

It sealed a 3-2 win over Brisbane Roar in its previous W-League match, with goalkeeper Casey Dumont and captain Natasha Dowie the leading lights.

These two sides played in Morwell little more than 12 months ago with Victory prevailing 2-1 thanks to first-half goals from Dowie and Christine Nairn.

Kick-off for the W-League game is 4pm after a curtain-raiser involving local teams.

Admission is $10 for adults, $5 for children/concession and are available at the gate.