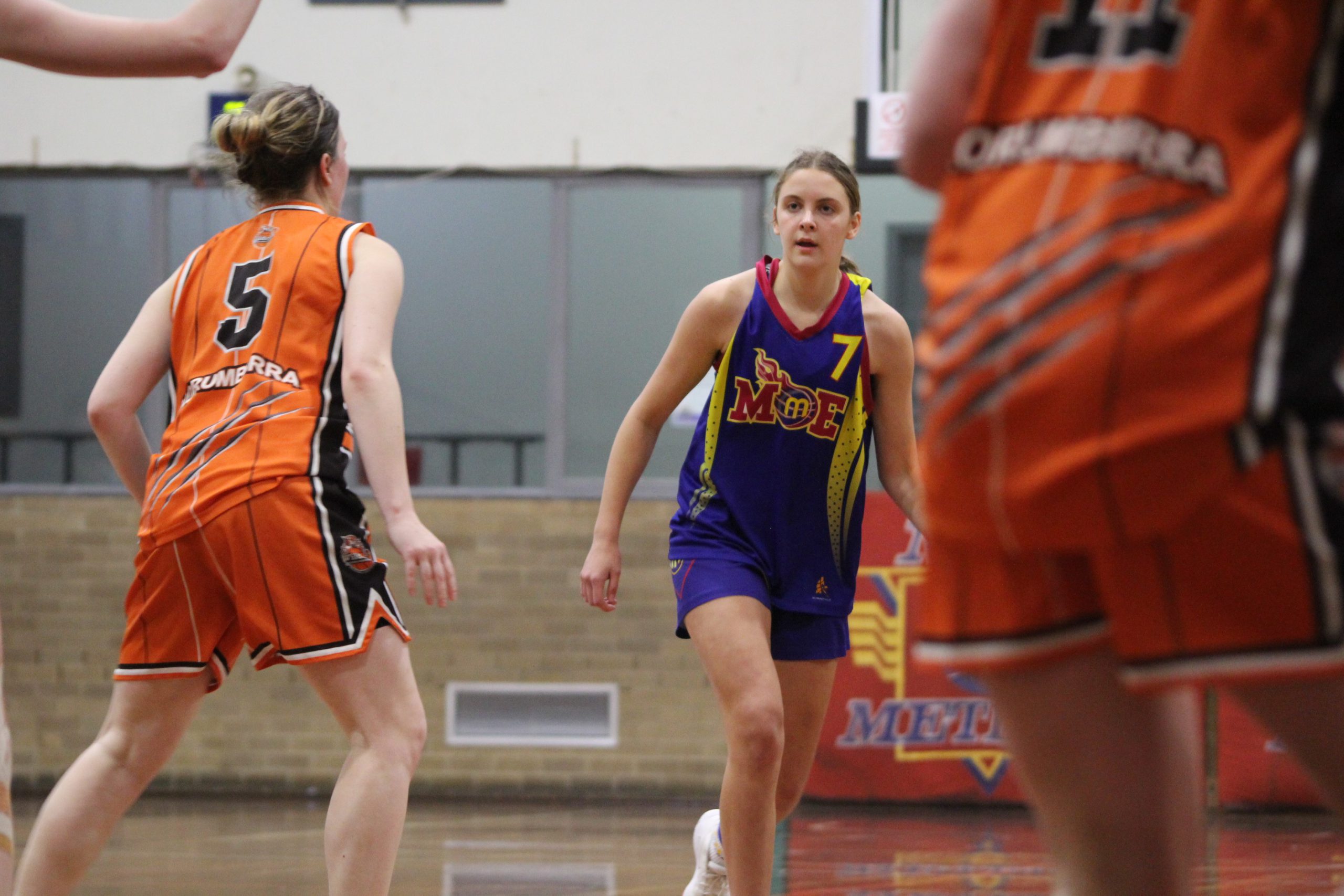 The Meteors were without a few players at the weekend and experienced mixed results.

Moe held the lead for the first three-quarters, but were outplayed in the last few minutes by Maffra on Saturday, eventually going down 69-57.

There was better news for the Meteors on Sunday against a strong Sale side.

Moe ‘s high-tempo game proved too much for the Sonics as the home side prevailed 92-65.

Caitlin Demczuk was the top scorer for Meteors, in Sunday’s match with a 34-point game, while Ellie Coutts followed closely scoring 30 points.

Meteors coach Matt Demczuk said the team worked well across the weekend despite the limited numbers.

“We were short (on Saturday) because some of our starting players were unavailable, but the girls stood up really well,” he said.

“Maffra are a really good team, they out-ran us in the end.

“Ellie Coutts came to fill in and gave us the speed we needed, Caitlin Demczuk also played exceptionally and her sister Elise was also strong,” he said.

Demczuk commended Abby Cornish, who was brought up from the Under-18s for both matches, and impressed with her composure under pressure.

The Meteors will play the Korumburra Wildcats on December 14 for a place in the grand final.

Demczuk said Moe were ready to work hard against a strong opponent.

“We know Korumburra are a really good team and they have a bit of an advantage because they have playing in championships before but we haven’t,” he said.

“We are quietly confident about the finals, we know we’re going to have to work hard for it.”

The Traralgon T-Birds will play the Maffra Eagles in the other semi-final.

Both sides finished the regular season with 6-4 win-loss records after the T-Birds were stunned on their home court by Sale.

The Sonics, who joined Warragul and Korumburra, in missing the finals, produced a superb display to win 56-53 despite Traralgon star Samantha Labros scoring a game-high 23 points.