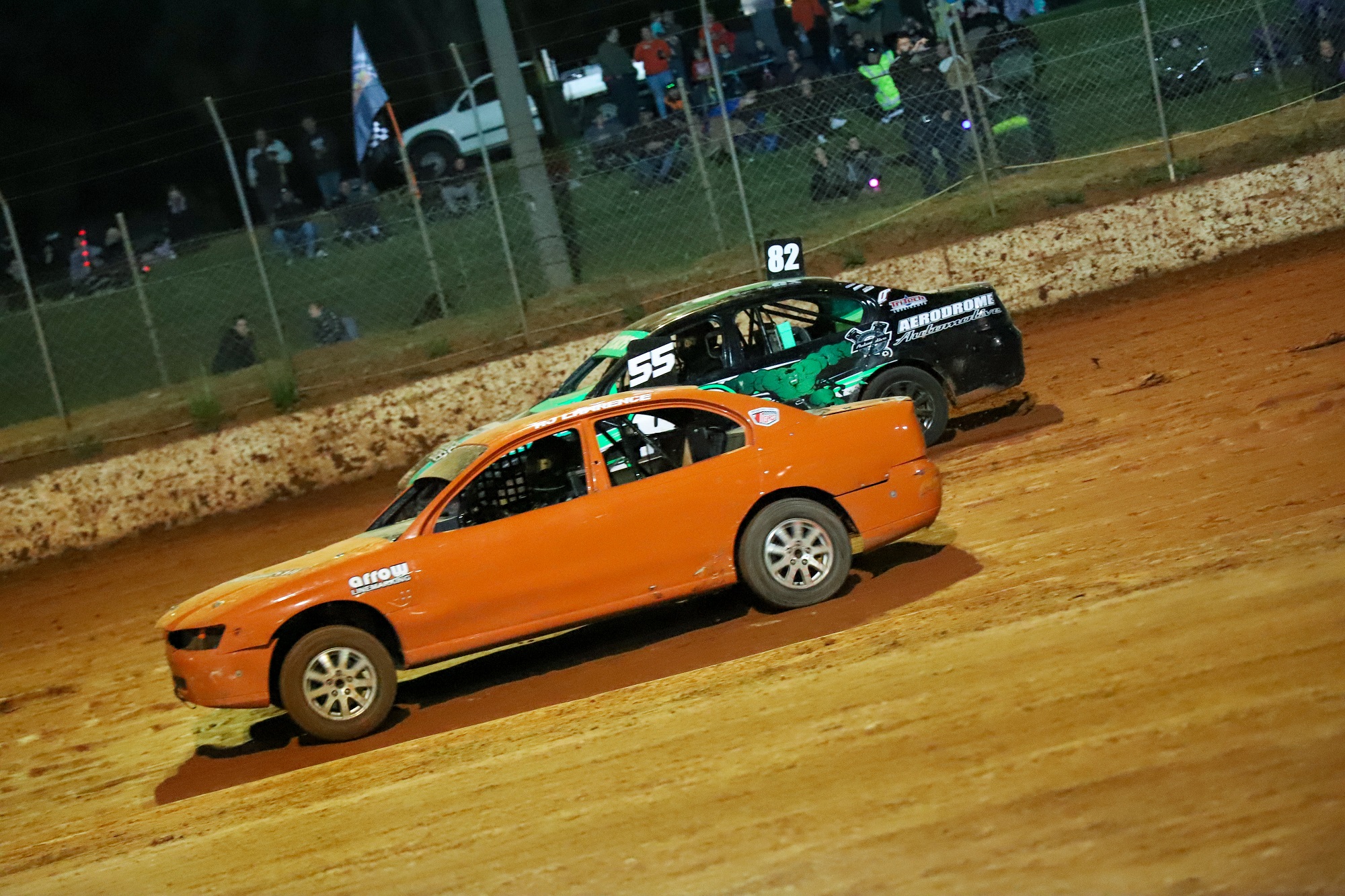 It’s been a challenging start to the 2019-20 season for Traralgon-based racer AJ Lawrence, with mechanical issues having hindered his progress.

However, on December 9 at Nyora Raceway, things took an upward turn for the teenager, whose efforts were rewarded with a pleasing runner-up finish in the second Victorian Street Stock Series round.

Following a horror start to the series at Wangaratta City Speedway a fortnight prior when the team was plagued with a series of steering failures and setup issues, Lawrence was eager to turn his luck around come round two, and that’s exactly what he did, delivering a consistent performance throughout the night to earn a podium result.

“After the first round, we couldn’t have been happier to come home in second last Saturday night,” he said.

“Our confidence had taken a bit of a hit so we were hoping to get some of that back and finishing on the podium definitely helps.

“It’s been a big effort trying to sort out all of our previous issues and it looks like we’re on the right track now.”

Winning two of his three heat races, Lawrence qualified on the outside of the front row for the feature race.

Making the most of his start to immediately take control of the lead, the 17-year-old eventually became embroiled in a battle for first with winner Jamie Lock, ultimately coming home in second place.

With some big race meetings in the near future, such as the Street Stock Stampede at Hamilton’s Western Speedway on January 3, the pilot of the Vic #55 Ramsdale Wreckers & Mechanical/Gippsland Race & Street supported VY Holden Commodore couldn’t have returned to form at a better time.

“For the rest of the season, we’re just hoping to remain as consistent as possible in order to qualify well and hopefully challenge for some feature-race wins,” Lawrence said.

“I can’t thank my team, sponsors and family enough for continuing to support me and for making these front-running results possible.”

The next series round will take place in February at Rushworth Speedway.Lawrence wished to thank his 2019-20 sponsors including; Ramsdale Wreckers and Mechanical, Gippsland Race and Street, Arrow Line Marking. LV Core and Saw and Drouin Tyre and Battery ServiceStay up-to-date with Lawrence’s exploits by liking the Lawrence Family Racing Facebook page.