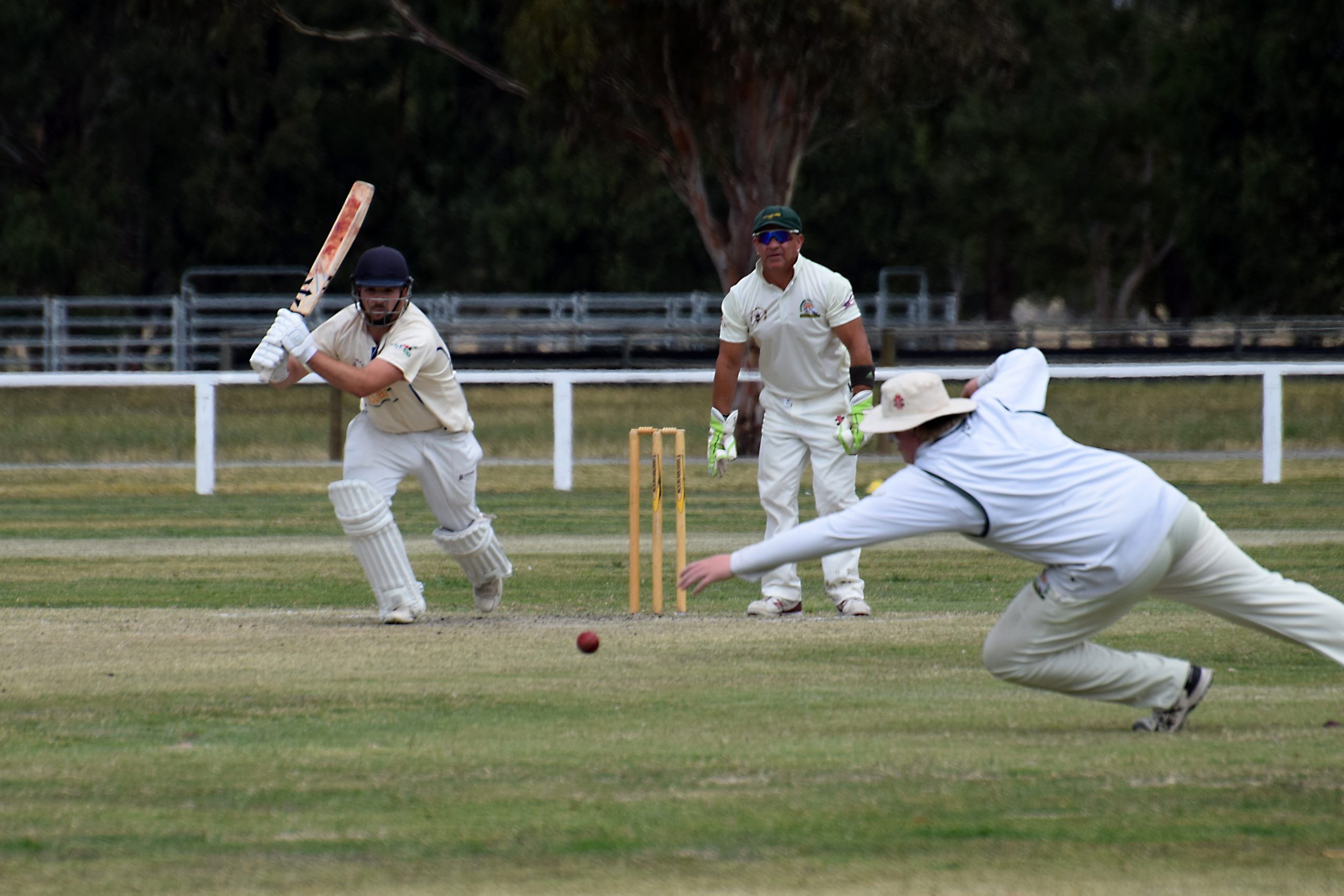 Round 9 of the TDCA was highlighted by a couple of outstanding performances with Adam Brady stealing the show bowling Gormandale to an unlikely victory snaring 6/38 off 32 overs while at Toongabbie, Sam Moran took 5/28 off eight overs.

In the match of the round the reigning premiers didn’t disappoint as they smashed a lethargic Imperials, bowling them out for 74.

The in-form Ryan Morley was out for a duck and when Brett Chapman went for seven, Imperials hopes were dashed.

Nick Smith top scored with a hard-fought 43 with no other batsmen reaching double figures. Sam Moran, who played with Imperials a few years ago, starred for Toongabbie with 5/28.

Starting day two needing 22 runs for victory, the Sharks would have been looking for an outright wun but some drizzly rain halted the start so Ex Students decided to bat out the day and enhance their position at the top of the table.

Jordan Gilmore, who was dismissed on the opening day, top scored with 91.

Michael Stockdale was in fine touch, notching 60 while Lee Stockdale spent some valuable time at the crease for a nice 76.

Jackson McMahon made a stoic 41 while Cameron Graham was the best for Glengarry taking 3/67.

Resuming at 0/16, Rovers have the Tigers at their mercy needing 148 runs with 10 wickets in hand.

Justin Little went early for six before Simon Duff (27) and Ewan Williams (21) consolidated to take the score to 47.

When Dougall Williams fell for 17 and the score was 4/75, suddenly the Tigers were back in the game.

Conner Little was standing in the way of his former teammates, batting the Rovers closer to the target.

Little was brilliantly caught by Guy Dawson for 42 giving the Tigers a hard-fought 14 run win.