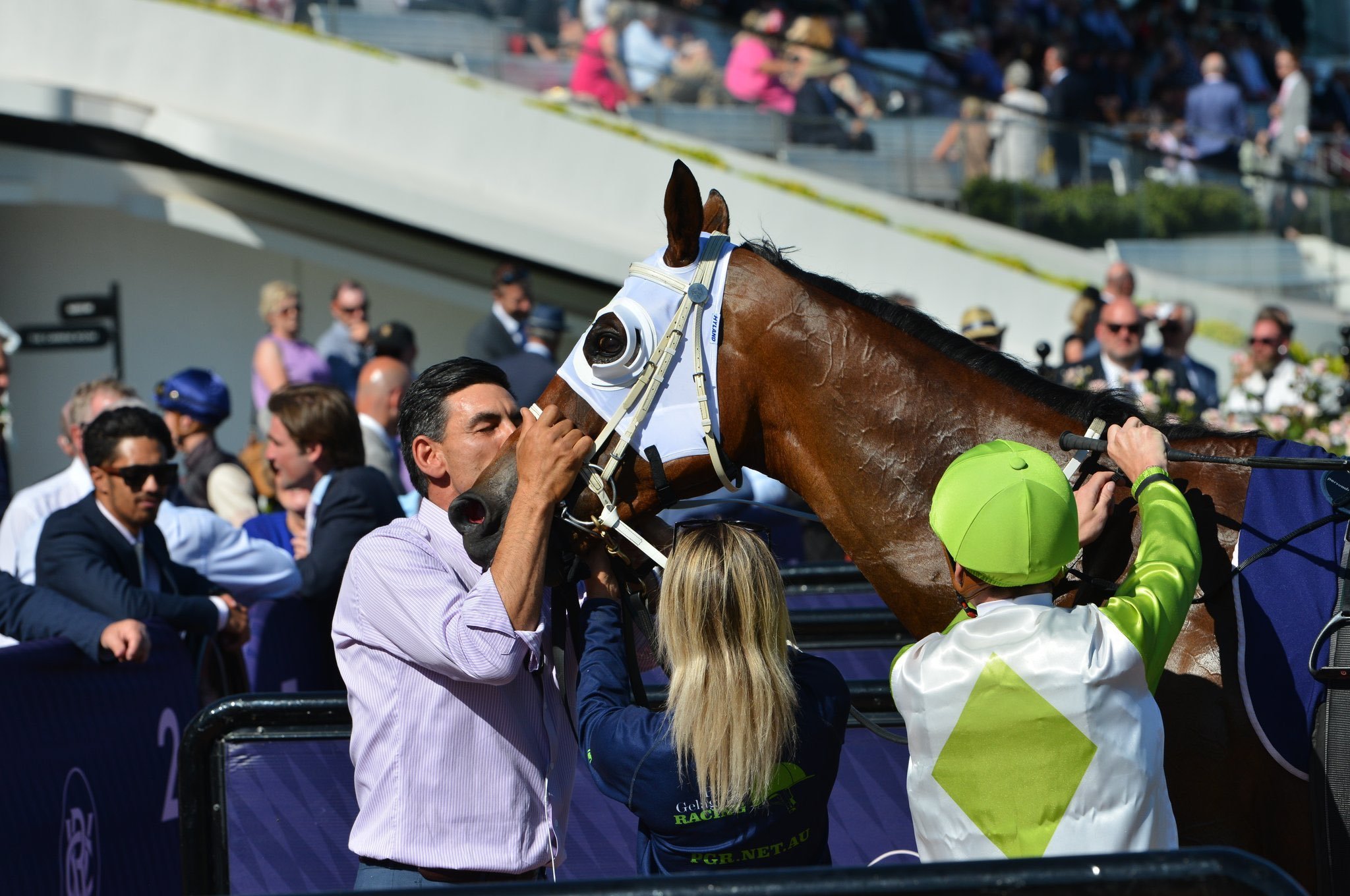 The Peter Gelagotis stable got the New Year off to a bang with El Don ($17) causing an upset to take out the time-honoured Bagot Handicap (2800m) at Flemington.

The seven-year-old gelding was lifted towards the line by jockey Beau Mertens to beat High Bridge ($3.90) and Azuro ($13) by less than half a length.

The impressive victory saw connections take home $96,000 of the $160,000 prize pool with the top run coming 11 days after the galloper ran third in the Christmas Carols Handicap (2500m) and the same track.

It was Gelagotis’s second triumph in the Bagot Handicap after preparing Module to win the racing in 2013.

The Moe trainer said he was confident of El Don’s chances after struggling for luck in recent runs.

“This horse has just been putting the writing on the wall in his last three or four runs with no luck whatsoever,” Gelagotis said post-race.

“I loved the way he was taken on the other day and it looked like he was going to run a nice fourth, fifth or sixth but he picked himself up late and his last 100 metres was super (to finish third).

“On the way home I said to (brother) Manny and the crew, ‘this is a race that’s in our keeping’.

“I had the same gut feeling with Module when he won this race.”

Gelagotis also commented on the three charges issued by Racing Victoria stewards in December after Strong Influence returned a positive pre-race sample from a run on June 26.

“I’ve got a situation at the moment that I’ve got to get through,” he said to Racing.com.

The success was extra special for Mertens with the win coming two decades after his father Peter Mertens won his first of two Bagot Handicaps.

“I’m pleased win this race for Peter, especially a listed winner on such a lovely horse, he’s been going so well,” Mertens said post-race.

“He took a little bit to get into stride but once he did he held on in a tough race, he’s a really nice stayer.

El Don’s win was Gelagotis’ second of the festive period with Taikun Warrior ($9.50) getting up at Mornington.

The five-year-old took out the Avis Mornington Handicap (2045m) beating out Saint Katarina ($4.80) and Diamondsandbubbles ($16).

Jamie Kah was the jockey for the gelding’s second win in 21 starts.

The Gelagotis-trained Rock On, Creative Lad and Serenade the Stars have also placed in recent weeks with Rock On running third in the $125,000 Jack Hirsch Memorial Yarra Valley Cup (1950m).

Another Moe horseman in Ian Jones celebrated success with Doctor Coto ($4.80) winning in Sale on December 22.

The four-year-old won its fifth race from 20 career starts and third from four starts, beating Booze Free ($14) by less than a length to win the 1105m Benchmark 64 Handicap.