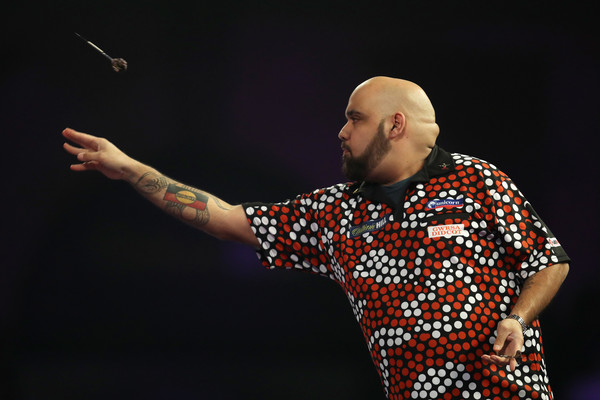 One of the best darts players in the world will be in Morwell on Saturday night with Kyle Anderson holding an exhibition event at the Italian Australian Sporting Club.

The free event will see Anderson, who is currently 41st in the PDC Order of Merit, take on 16 local players throughout the evening before holding a meet and greet and Q & A session with those in attendance.

“Holding this event here is about giving back to the darts community which supports us,” she said.

“That is the reason why we have made this a free event as we are looking o get more people involved with the game again.”

Ten of the local contenders have been finalised for Saturday night and Rendell said they can’t wait to get their first throw in.

“Most of them play here (on a weekly basis), and if not they play in our monthly Sunday Sippers,” Rendell said.

“The local players are all very excited. They have all got their song sorted out for when they walk to the board.

“Kyle will even be staying in town for the night to play in our Sippers on Sunday.”

Anderson, dubbed ‘The Original’, was born in Perth before moving to Nottingham, England.

Anderson is an Indigenous Australian of Noongar origin, something he wears quite literally with his Aboriginal artwork shirts.

The 32-year-old has made the last 32 of the World Championships on four occasions, the quarter finals of the UK Open in 2016 and the final four of the European Championship in 2017.

Anderson’s one PDC world series success came in 2017 when he beat countryman Corey Cadby to take out the Auckland Darts Masters. Doors open on Saturday at 6pm with the exhibition getting underway at 7.30pm.

This is a free event but bookings are essential.