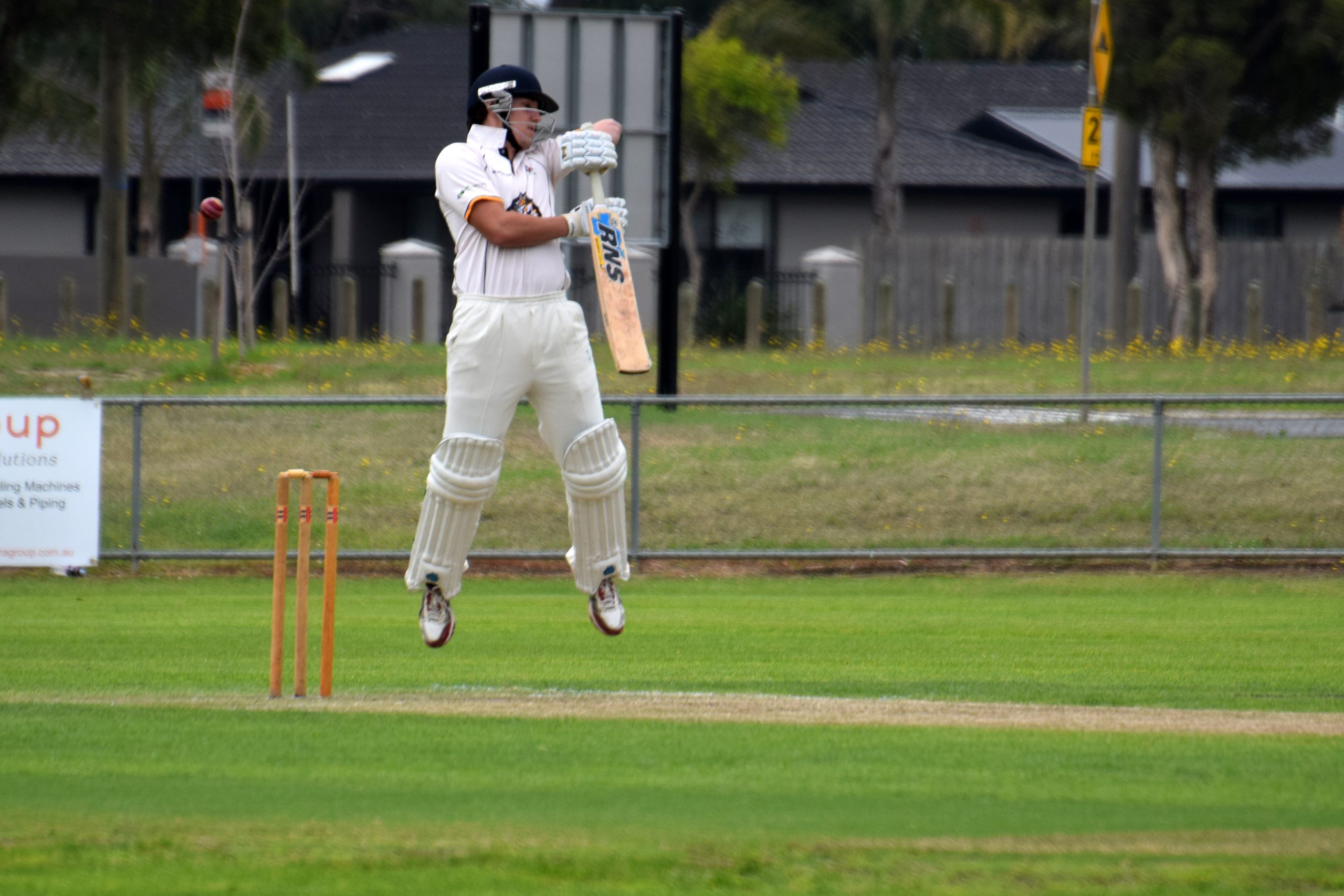 The match of the round saw last season’s grand finalist take centre stage while Imperials strengthened their grip on second spot with a crushing win over Gormandale and Glengarry moved into the top four with a win over Rovers.

Sharks captain Lee Stockdale won the toss and had no hesitation in batting first.

The shining light of the innings was Stockdale who did well to compile 67 runs while watching his teammates come and go at the other end.

When the Victoria Country vice captain departed, Ex Students were reeling at 8/130 but some late resistance took the side to 171 all out with nine overs left in day one.

Keenan Hughes had a superb spell with the ball, showing all of his great premiership heroics with a 6/43 off 24 overs.

The Rams were off to a good start with 40 runs on the board before the wickets began to tumble.

The rain clouds began to open up which unfortunately brought the game to its conclusion with the match drawn.

The Tigers won the toss and batted first, a decision which did not prove fruitful as they were dismissed for a paltry 92 with only Travis Switzer showing any resistance in a well-made 37.

The triumvirate of Joel Randall (4/38), Nat Campbell (3/18) and Brad Sizeland (2/7) were just too good for the Gormandale batsmen.

In reply, Imps cruised past the Tigers’ score just three down.

Imps batted for 10 overs on Sunday to declare 88 in front with Randall making 29.

Matt Hibbs made 38, Tate Marsh continued his good form with 52, while Switzer scored a hard-hitting 56 when rain stopped play the Tigers had survived outright defeat at 8/162.

Nat Campbell with 3/74 from 19 overs was the best bowler for Imperials.

Batting first, Rovers were off to a great start with Justin Little (46) and Simon Duff (33) putting on an 83-run opening stand.

Ewan Williams batted well for his 38 but a Rovers capitulation led to the side being all out for a below-par total of 151.

Iraan Indika achieved his best figures for the season, taking 5/55 in a marathon spell of 32.2 overs, while Cameron Graham chipped in with 3/27.

Glengarry finished the day 0/32 before gliding past the first innings points target on day two.

The Magpies finished the match 3/158 with Al Jenkin notching 55 while Hamish Busk scored 41.

Duff, Little and Dougal Williams picked up one wicket each.