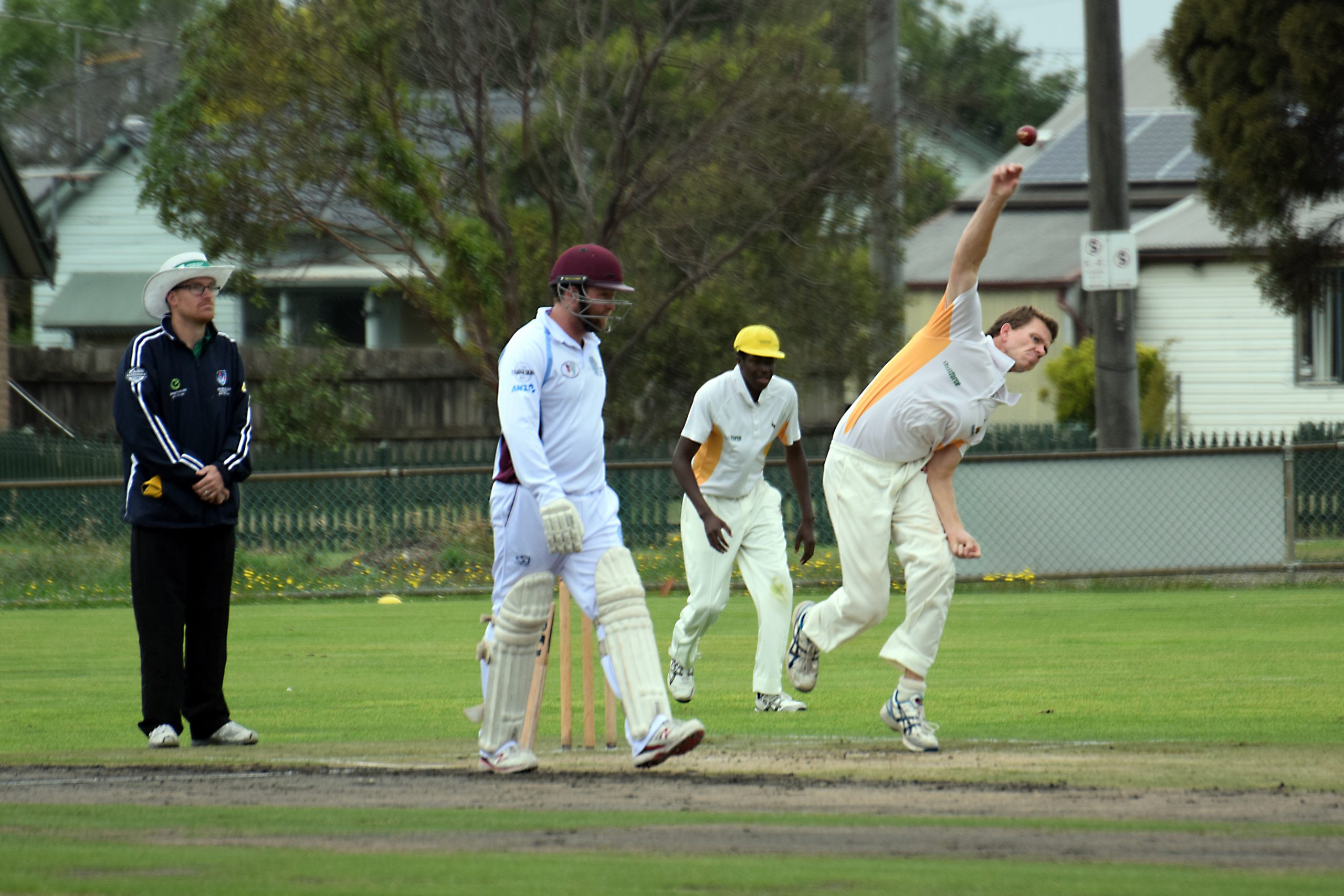 It was all action in LVDCL A Grade with the battle between the top two still on a knife’s edge while a strong batting display has Centrals on top at Apex Park.

Moe batted first and it wasn’t long until the Lions were wicket down with Nathan Lee gone for a duck.

Sean Spiteri and Andrew Philip took the side to 1/53 before they went for 20 and 22 respectively without another running being scored.

Chris Robinson worked hard for 23 of 74 before skipper Patrick Spiteri came in at seven to hit 24 runs before being caught by Daniel Heathcote off the bowling of Liam Durkin.

Anthony Thorp has got the Ships off to a flying start to the chase with his 26 not out helping the side to 3/42 at the end of play.

Liam White (2), Aydan Connolly (9) and nightwatchman Jackson Noonan (0) are already back in the shed while Ryan Bishop will resume on nought.

Englishman Luke Sumner has 2/3 off his five-over spell.

Traralgon West captain Tim Fitch sent Centrals in to bat at Apex Park, a decision he may regret with the Lions finishing the day at 9/223.

Corey Pollard made an impression at the top of the order with 37 which included a 46-run stand with Tye Hourigan, who went on to score his first A Grade half-century.

Centrals captain Dylan Freitag came in when the side was 4/138 and drove home the advantage posting 73 not out to push the Lions to 223.

On the back of nine wickets in the previous weekend’s two Twenty20 matches, Ben Edebohls took a season-best 6/49 which included the scalp of Hourigan.

The Panthers put Yallourn North in to bat with the the Bombers opening pair only managing nine runs.

Izaiah Lange and Chris Perry were the joint top scorers with 19 runs each while Anwar Magnusson (10) was the only other Bomber to reach double figures with the side all out for 84.

Matthew McGrath snared his third four-for of the season while Mark Rawson, Brad Wright and Craig Blackberry finished with two wickets each.

Jeeralang-Boolarra’s openers put on 50 before Brett Duncan was bowled for 25.

When Nicholas Duncan went for seven, the Panthers were already 2/97 with Brad Wright well on the way to a match-defining 74.

By the time Wright was out, the Panthers 43 runs ahead and though the tail weren’t able to wag, declared at 9/138.

Chris Perry bowled well for a season-best 5/27 while Matthew Wakefield picked up 3/53.

The Bombers finished the day at 0/6 in their second innings.