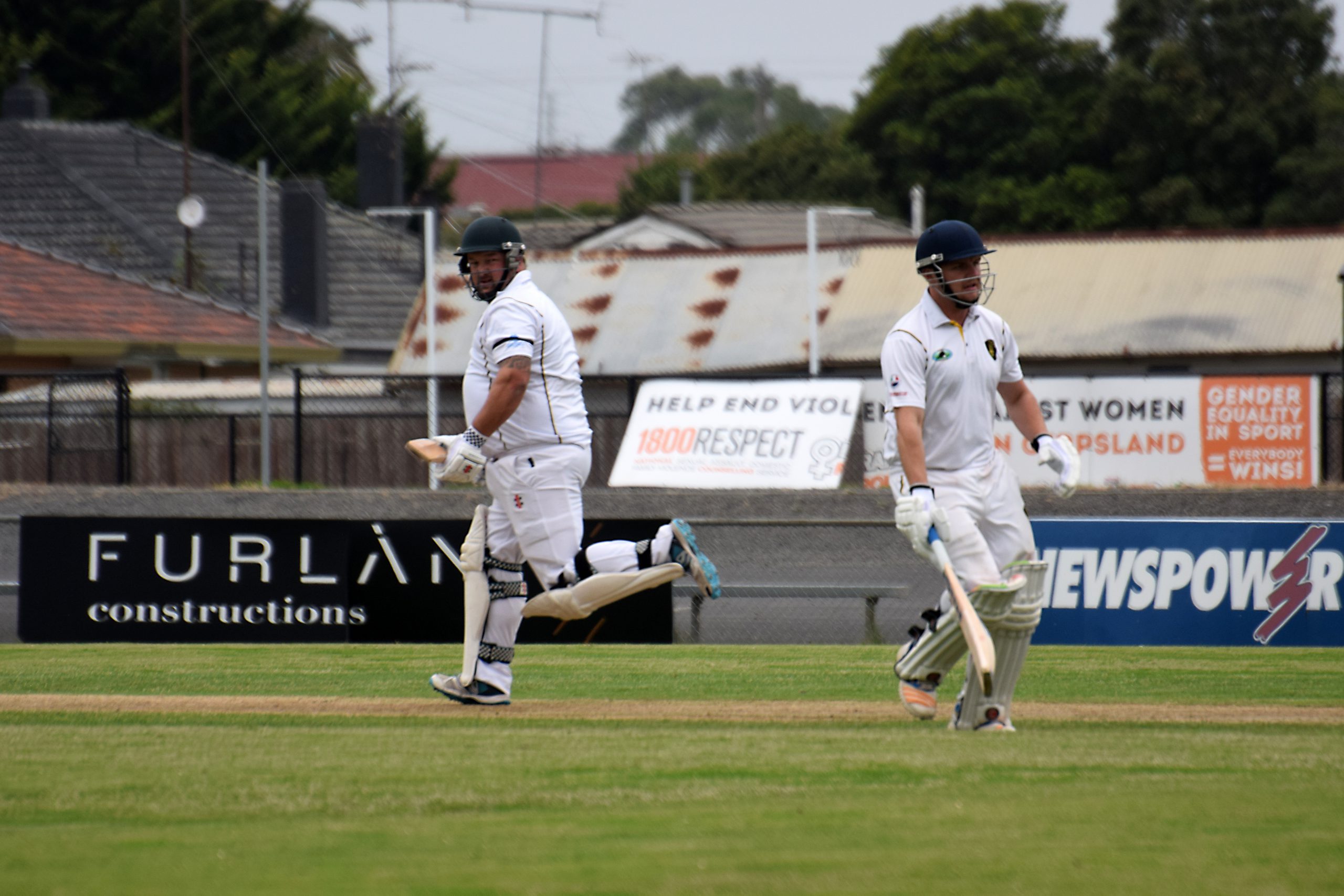 All three matches in Round 16 of LVDCL Premier A Grade remain delicately poised heading into day two.

ChurchilL is in a commanding position after day one of its clash with Raiders.

Raiders skipper Liam Maynard opted to bowl first, a decision which had some initial success with the Cobras’ top three back in the sheds with 42 runs on the board.

John Keighran was the next to go, with the Churchill captain run out by George Cheshire for nine.

Brendan Mason was joined at the crease by Joseph Whykes with the pair putting on a 71-run stand before Mason was out lbw to Cheshire for 62.

Kurt Holt went for a duck before Whykes, in his second innings of the season after being getting out for nought in Round 14, was out for 54 off 107.

When Ryan Harvey was out for 17, the Cobras were 8/182 but the tail managed to wag with Ross Whelpdale making 12 before Paul Metlikovec and Chris Williams came together for a 35-run final wicket stand.

Metlikovec was eventually out for 25.

Cheshire finished with impressive figures of 4/37 off his 19 overs while Maynard and Michael Higgins bagged two wickets each.

Raiders began its reply before finishing the day at 0/15 with Higgins (10) and Jonathan Randall (5) to return to the crease.

CATS produced one of its best batting performances of the season to put the side within grasping distance of first-innings points away to Latrobe.

CATS openers both made starts with Declan Wilson and Dylan Keyhoe reaching 11 and 13 respectively before being caught out.

The CATS captain delivered another impressive innings, reaching 49 before Chris Johnson forced him to nick the ball through to Adam Duncan.

Julin is yet to post a half-century this season with Saturday’s knock the second time he’s been out on 49.

Tinashe Panyangara was the other CATS batsman holding the innings together with the Zimbabwean scoring a season-best 51.

Vaughan Penrose helped get CATS to 200, sitting on 26 not out when Julin opted to declare nine-down.

Johnson was the standout bowler for the Sharks with the seamer taking 3/39 in a marathon 27-over effort.

Latrobe’s chase got off to a stuttering start with the Sharks 2/14 with Justin Vajler not out on four.

Callum Stewart and Panyangara have a wicket apiece.

The contest at Morwell Recreation Reserve is evenly poised after the opening day which saw 13 wickets fall.

The visitors sent Morwell into bat and made good inroads into the top order with skipper Robert Webber (11), Sam Mooney (5) and Cory Mathieson (4) all out with just 23 runs on the board.

Lewis Harper and Dylan Day dug in for a 43-run partnership before Harper went for 28 with Day out soon after for 18.

Jordan Campbell and Brendan Brincat (28) put together a 45-run stand in the middle order.

The Morwell lower order managed to stick around with Campbell finishing 61 not out with his side all out for 171.

Dale Banks took out the last three batsmen to finish with 5/54 while Jed Alexander and skipper Jesse Van Rooye bagged two wickets each.

Mirboo North made a decent start to its chase, reaching 3/47.

Jesse Giardina made the bulk of the runs before Mark Cukier bowled him for 33.

Harper and Travis Pickering were the other two Mirboo North bowlers to claim a wicket.