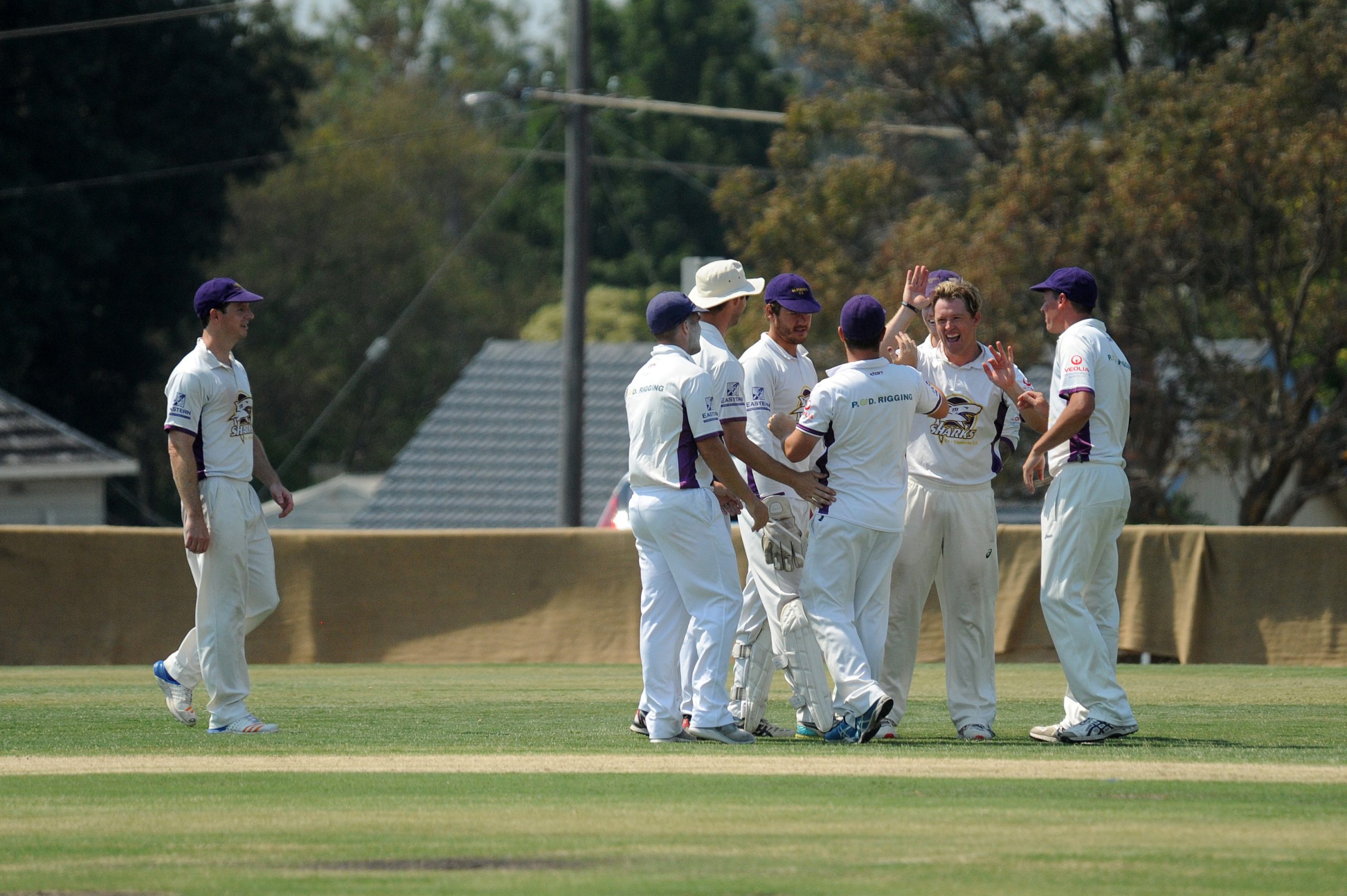 Toongabbie will be on the hunt for maximum points in Round 13 after a dominant day one against Rovers while Glengarry and Ex Students are in poll position for first-innings points.

Toongabbie are well on the way to recording an outright victory at the halfway stage of the match at Duncan Cameron Park.

Robert Wheildon won the toss and sent Rovers in to bat, a decision which paid off in spades with the Rams ragging through the home side’s top order.

Rovers’ top six were all out with 17 runs on the board before Darion Duncan and Faaz Syed Hasan showed some fight to push the side past 50.

Duncan was bowled for 15 with Rovers left at 8/59 and a run later the side was all out for 60 with Syed Hasan top scoring on 20.

Keenan Hughes backed up his six wickets against Ex Students with 3/16 while Anthony Scott cleaned through the last three batsmen to take 3/0 off his one over.

Toongabbie secured first-innings points a wicket down after Scott (26) and Wheildon (41) got the premiers off to a flyer.

Connor Hughes chipped in with a handy 22 while Tom Shippen (27) and Keenan Hughes (24) finished the day not out with the Rams sitting on 5/165, ensuring Toongabbie has a 105-run lead to take into day two.

Despite a tough day for the Rovers, Syed Hasan can hold his head up high after finishing with the figures 3/51 off 16 overs.

Gormandale went in to bat after winning the toss with skipper Chris Lehner avoiding a third straight duck to notch 27 at the top of the order.

Travis Switzer, after scoring 37 and 56 against Imperials in Round 12, was promoted back to the top of the order and crafted a patient 38 before being caught out off the bowling of Cameron Graham with the score at 8/149.

The innings didn’t last much longer with the Tigers all out for 152 with the only other innings of note being Matthew Hibbs who hit 21.

Skipper Al Jenkin bowled 29 of the 75.1 overs and his hard work was rewarded with 4/57 while Graham and Iraan Indika snared two wickets each for the Magpies.

The Glengarry innings was five overs old when the day ended with Indika (9) and Steve Henry (1) set to resume on day two.

After winning the toss, Imperials went in to bat in the top of the table clash at Traralgon Recreation Reserve.

The Imps innings got off to a horrible start with Peter Griffiths (5) the top scoring batsman in the top four.

Nick Smith wrestled the innings back with a 62-run partnership with Scott Aitkin (26) but when Smith was gone for 66, the hosts were in a precarious position at 7/123.

The lower order weren’t able to wag with the side all out for 140.

Ex Students got through 10.5 overs in reply with the Sharks sitting on 0/28.