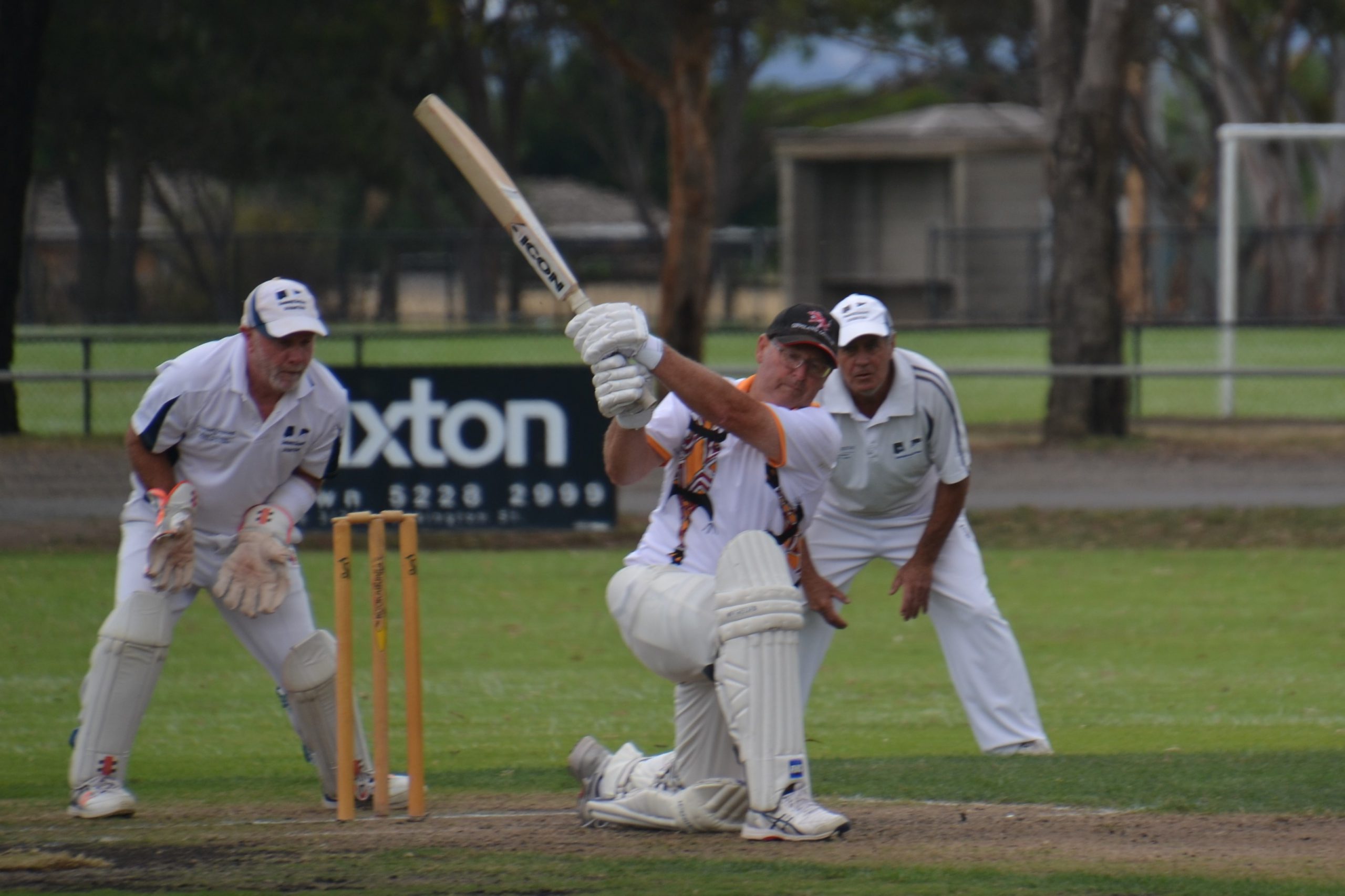 It was a cool, cloudy morning as the Gippsland Goannas Over-60s arrived at Myers Reserve in Bell Post Hill, in Geelong’s North West.

The ground was quick and the wicket patchy as the Geelong team won the toss and decided to bat.

Rob Bacchetti and Gordon Cowling bowled the first five overs, for 33 runs, as the Geelong batsmen showed they meant business.

Kevin Lanigan and Ian Southall replaced these two and the Geelong batsmen were retiring after facing 30 balls.

At the 20-over drinks break, they had taken the score through to 112, and three batsmen had already retired.

Ray Smith and Peter Anton came into the attack after drinks, and Smith took the first wicket in the 22nd over.

The score continued to mount, reaching 180 after 30 overs as Ken Bailey entered the attack.

Smith deceived the number seven batsman for Ian Gibson to complete a smart stumping and Anton and Cowling bowled out the last few overs. The final score for the Geelong innings was 2/234, which showed just how strong the Geelong team was and how good the wicket was to bat on.

They did say later they deliberately had picked their strongest batting team for the Goannas match, and sent a second string team to play their other match of the round.

At one stage, Southall had bowled four overs for 10 runs while Ray Smith’s spell of eight overs 2/41 was the best of the Goannas bowling.

There was a hint of cool and a drop of drizzle during the afternoon, and the humidity was quite high as the Goannas commenced their innings after the lunch break.

Bailey and Smith opened the innings brightly, but Smith was trapped lbw in the fifth over, with 35 runs on the board.

Col Carmody joined skipper Bailey, who retired soon after for a well-made 43 from just 28 balls.

The score was 91 when Carmody was bowled for 21 in the 14th over, so the Goannas early bats were well inside the required run rate.

Lanigan had compiled 20 when he was caught soon after, with Anton out in the next over.

The score was 4/110 at the 20-over drinks break as Murray Moore and Southall combined to put on 45 runs before Southall was bowled for 18 in the 30th over.

Cowling was run out 26 in the 39th over as Gibson and Bacchetti batted through to the end.

A special mention must be made of Phill Higgins, who was ready to bat last, despite a groin injury.

The Goannas innings finished at 7/203, which is a total that would win most veterans cricket 40-over games but it was not quite good enough against this very strong Geelong side.

The Goannas play the Warrandyte Vets at Churchill on Sunday, in their last home game of the season.