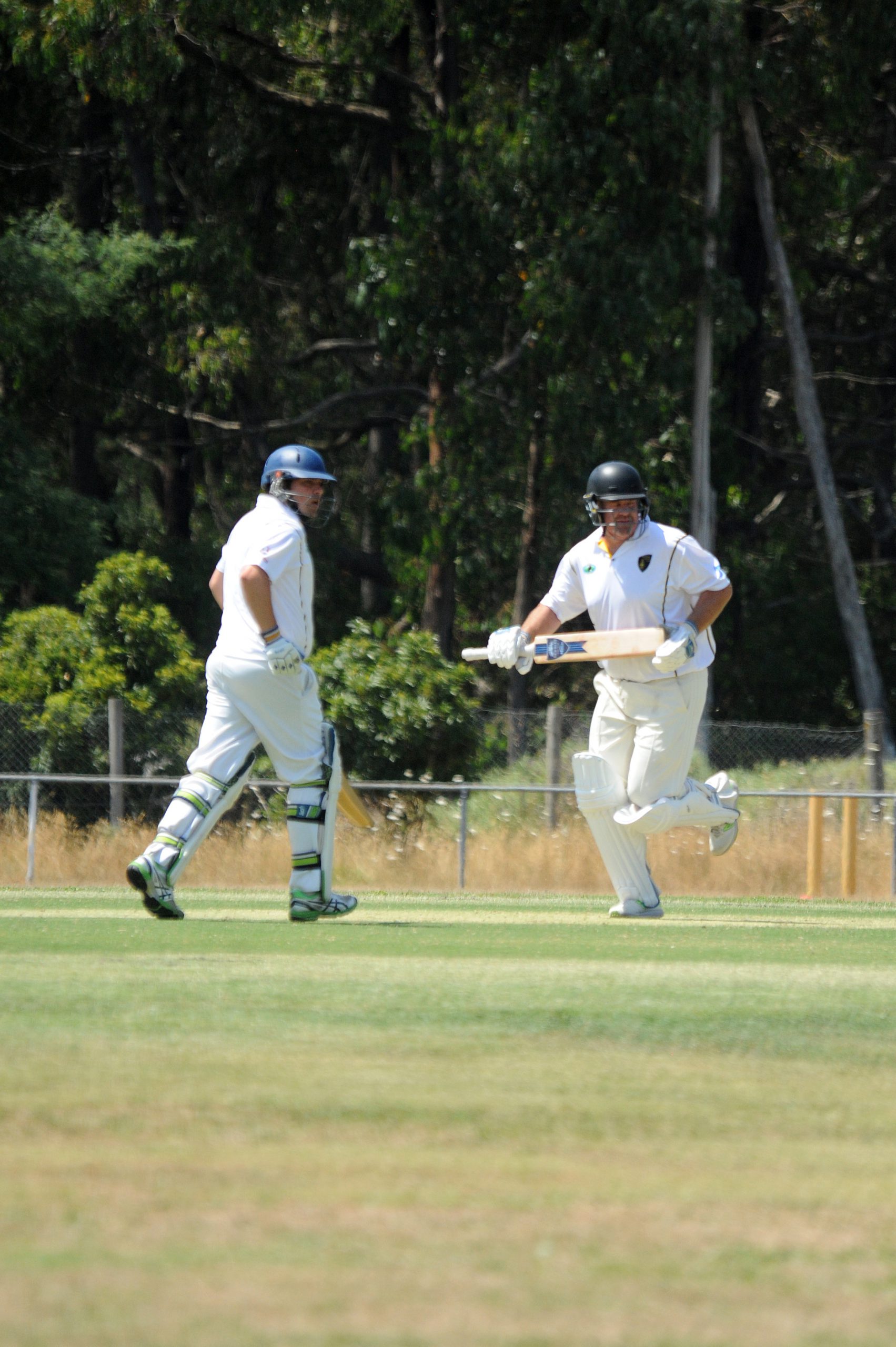 Morwell have a chance of climbing into top spot this weekend while CATS will be looking to continue its late-season revival.

Latrobe will be up against it on Saturday when play resumes against Morwell.

The Sharks, who sit two points outside the top four, will need to be on fire with the ball to prevent Morwell chasing down the modest 126-run victory target.

The two sides met in a Twenty20 match in December when the Tigers chased down 79 inside 18 overs and a repeat of that could severely impact the Sharks finals chances.

The competition points would be the main prize for Latrobe, however, there is the added incentive of a 20-year reunion of the club’s three premierships in the 1999/2000 season in the clubhouse post match. Robert Webber (2) and Sam Mooney (0) will return to the crease for Morwell.

Raiders, who were primed to move into top spot before the play began last round, have just one wicket left against bottom-placed CATS.

Michael Higgins (56) was the main obstacle for the CATS attack while Jack Howarth (14) and Harrison McColl (6) are the not out batsmen who will be looking to eke out another couple dozen runs.

Former Zimbabwe Test cricketer Tinashe Panyangara will be aiming for a five-for after finishing day one with 4/45 for the CATS with the side aiming for back-to-back wins for the first time this campaign.

Six points for the CATS would see Ben Julin’s side go within a point of Latrobe, if the Sharks can’t get the job done against Morwell.

Day one of the top two tussle was reduced to just 5.2 overs with Mirboo North resuming at 1/6 after Jesse Giardina went for a duck.

Callum Polo (2) and Shane Peters (3) are the not out batsmen and will need to get a wriggle on.

Churchill and Mirboo North both sit on 32 points and in the case of a draw, and a Morwell, win, the two sides could slide to second and third respectively.

Trafalgar are sailing towards a big win over Centrals while Traralgon West will be aiming for a solid bowling effort to keep its finals hopes alive.

Trafalgar are on course for a massive first-innings win away to Centrals after a poor showing from the Lions on day one.

The Ships need just 23 more runs to secure the six points while a full day’s play could open up the prospects on an outright victory depending on Rhys Holdsworth’s ambition.

A defeat would likely end Centrals prospects of climbing into the top two, though finals cricket is all but assured.

Moe will be keen to clean up one of Robert Colgrave (3) or Curtis Howell (2) in the first couple of overs after just 51.4 overs were played on a rain-affected day one.

The bottom-placed Bombers have just 127 runs on the board and will need a miracle to avoid its 12th defeat for the campaign.

The Lions’ focus should be sharpened after a defeat to Trafalgar in the last round and the side will need to get the job done here to avoid falling eight points behind the Ships, assuming Holdsworth’s charges down Centrals.

Traralgon West produced a crucial day of cricket to get on top of the Panthers in the battle for fourth spot.

A Jeeralang-Boolarra win would see the Eagles fall at least 12 points behind the Panthers with just two rounds remaining.

Tim Fitch will have to decide whether to give Ihraam Zafar (94) the chance to notch a ton or give his bowlers as much time as possible to bowl out the Panthers with 220 already a daunting total for the league’s lowest runscorers.