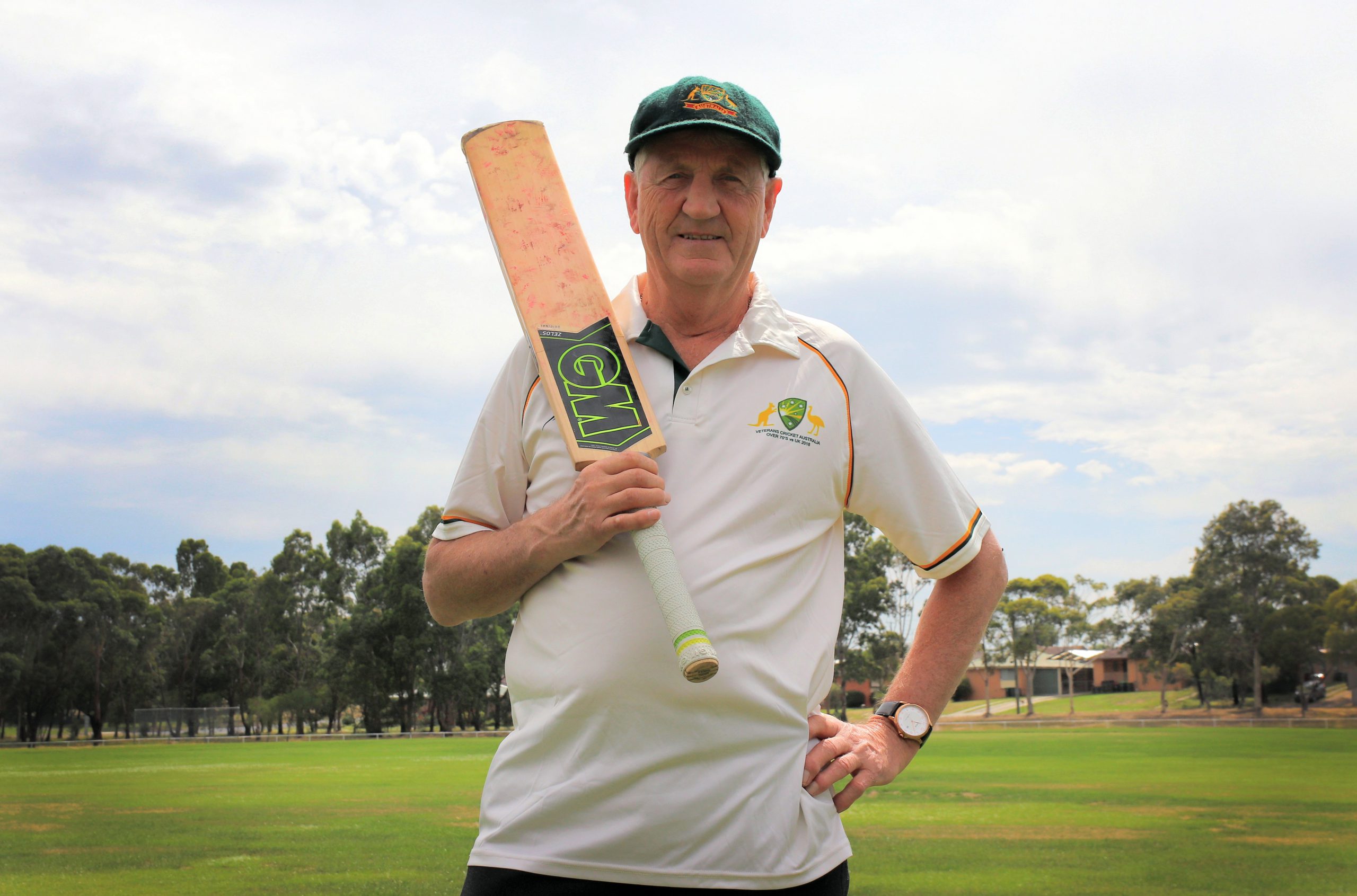 Gippsland Goannas wicketkeeper Ian Gibson has been selected as one of four Victorians in the Australian Over-70s side to tour New Zealand this month.

Gibson is the vice-captain of the side touring the land of the long white cloud from February 15 to 29 where Australia will play five matches against regional opposition before taking on a New Zealand team in a one-day international.

The 71-year-old previously donned the baggy green on a tour of the United Kingdom in 2018 where Australia took on England and Wales.

The star Goanna said the opportunity to represent his country was a dream come true.

“It’s really exciting to get to play for Australia,” Gibson said.

“When I was just four years old in Glenormiston South I would dream of playing for Australia and the thought it could come around with an Over-70s side is sort of bizarre.

“When the opportunity comes up to play for Australia you jump at it.”

Gibson has been involved with the Goannas since the club’s inception in 2011.

He moved to the Latrobe Valley before the turn of the century where he joined Jeeralang Cricket Club and he told The Express he was going to give the game away before veterans cricket came about.

“I was playing in my mid-50s when I thought it was time to give the game away,” Gibson said.

“I gave it away and umpired in Traralgon and District for a few years and then veterans cricket came up nine years ago, first part-time and now we are playing every Sunday.

“(I am) absolutely open (to when I will retire). It depends on my fitness and wellness.

“I would like to be involved for a fair while yet, but my career depends on me staying fit and healthy.”

The Goannas are on of the most successful clubs in Veterans Cricket Victoria and field sides in the Over-60s and Over-50s competitions and Gibson believes the popularity of veterans cricket will only continue to grow.

“(Playing cricket when you’re older) hasn’t been a major thing in the past but that’s changing pretty rapidly,” he said.

“It’s partly a demographic change, there are a lot more of us who are over 60 and 70.

“What’s equally important is a social change with people no longer feeling like they are on the scrapheap anymore and instead they want to keep doing stuff well into their 60s and 70s.

“Veterans cricket is a great way to keep fit and healthy. The physical, social and mental health benefits can’t be understated.”

“It’s common for older players to still be playing C Grade and often these players will eventually move towards veterans cricket.

“One of the strengths of the Goannas, like all clubs in senior cricket, is a lot of people are retired and have a fair bit of time and experience in cricket.”