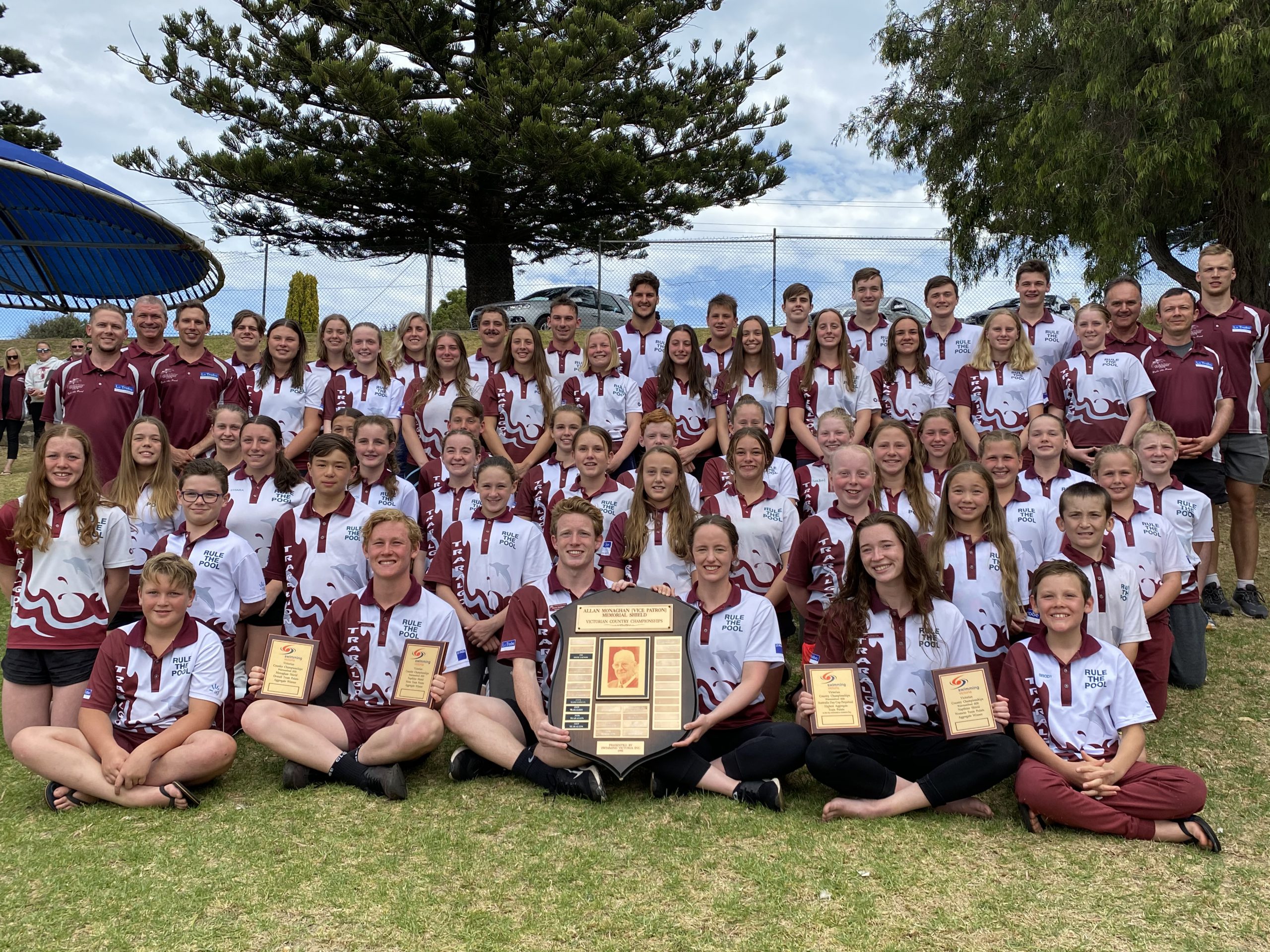 The powerhouse club beat its nearest rival Geelong by over 700 points.

The individual awards were also in abundance.

Club vice-captain Jordyn Cargill, 15, won the award for the best performance by a 14-years-and-over swimmer with eight golds and two silver medals.

Ash Nicholes, 13, won best performance by a 13-years-and-under swimmer with his three goals, one silver and one bronze medal.

This is the second year in a row Nicholes has won this award.

Previous Australian representative Caiden Gill, 21, returned to the club and dominated the freestyle events winning the Australia Day Medallion for boys with the best individual swim based on world rankings.

He claimed the 50m freestyle gold medal with a time of 23.89 seconds, an event record for 18-year-and-over males and it was the only country record broken over the weekend.

In the relay events, the club again flexed their collective might.

Out of 22 relay events, 31 teams finished in the top eight and succeeded in winning nine gold, seven silver and five bronze medals.

Senior head coach Brian Ford said the performance and the Championships were one of the best he has attended in his 50 appearances at the meet as swimmer and or coach.

“Winning 20 Victorian Country Championships since 2000 is amazing considering the turnover of swimmers, parents and coaches during that time,” Ford said.

“This year’s win was one for the ages given the outstanding improvement both Geelong and Ballarat Gold have been making.

“We certainly had a target on our back from these teams and for our swimmers to perform at such a highly consistent level across the whole meet, our parents to lift their support to another level of enthusiasm and cheering and finally our coaches to bring the team to its peak at the right time was truly outstanding.

“We, as a club could not be prouder and I, as a coach being involved in this meet for half a century know how extremely difficult it is to win one let alone 20 – again what a performance.”