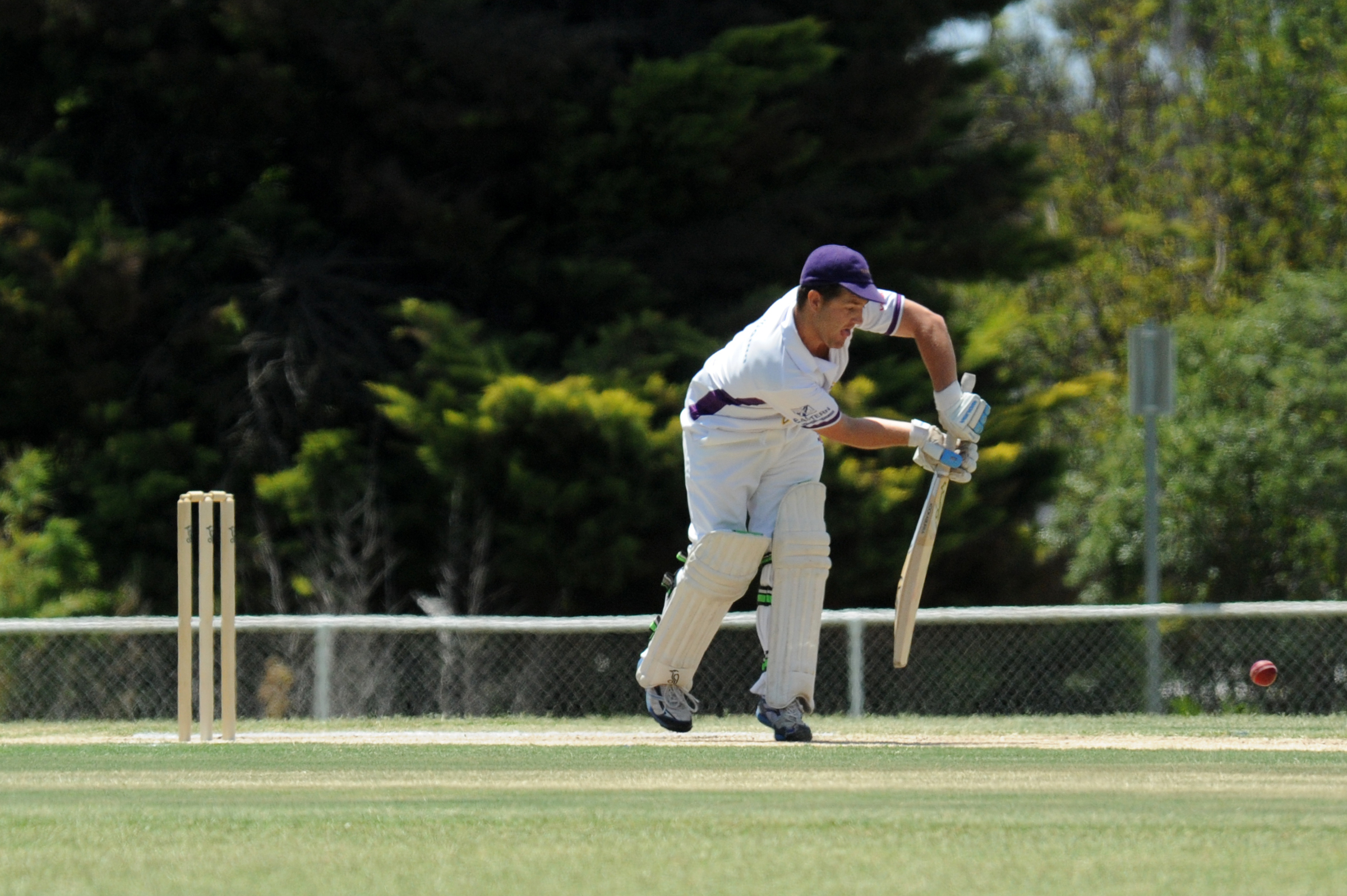 Day one of Round 14 was highlighted by a magnificent century to Ex Students young gun Jackson McMahon while Glengarry restricted Toongabbie to a potentially chaseable score.

There was also an incredible knock in B Grade where Rams captain Michael Dunn blazed 196.

Winning the toss, Gormandale skipper Chris Lehner sent the Sharks into bat with immediate success, removing Michael Stockdale in the first over for four.

The Tigers dropped a soda when Matt Dyke edged to slips in the second over.

From there Ex Students dug in.

Lee Stockdale was looking very good for his 53 while Dyke made 29.

The Tigers fought back and looked on top when Ex Students fell to 6/116.

But McMahon, who came in at number four, was batting superbly and could not be moved.

With the help of the tail he ground out a brilliant century, dismissed in the last over for 103 as his side reached a formidable 235.

Shaun Barbour with 4/54 and Adam Brady 3/82 were best for Gormandale.

Anthony Scott saved the day with a very tough 71, while Tom Shippen’s 46 was invaluable. Toongabbie were all out 163.

Cam Graham was superb for Glengarry with 5/34, who then survived seven overs before stumps and will resume at 0/2 next week.

After being sent into bat, Rovers lost Simon Duff for a duck.

Darion Duncan played very well to notch his highest A Grade score with 41, Ewan Williams 21 and Connor Little 25 all played parts as Rovers were bowled out for 152 after 54 overs. Nat Campbell continued his stellar season taking 5/41, Nick Scammell 3/22 and Brad Sizeland 2/36.