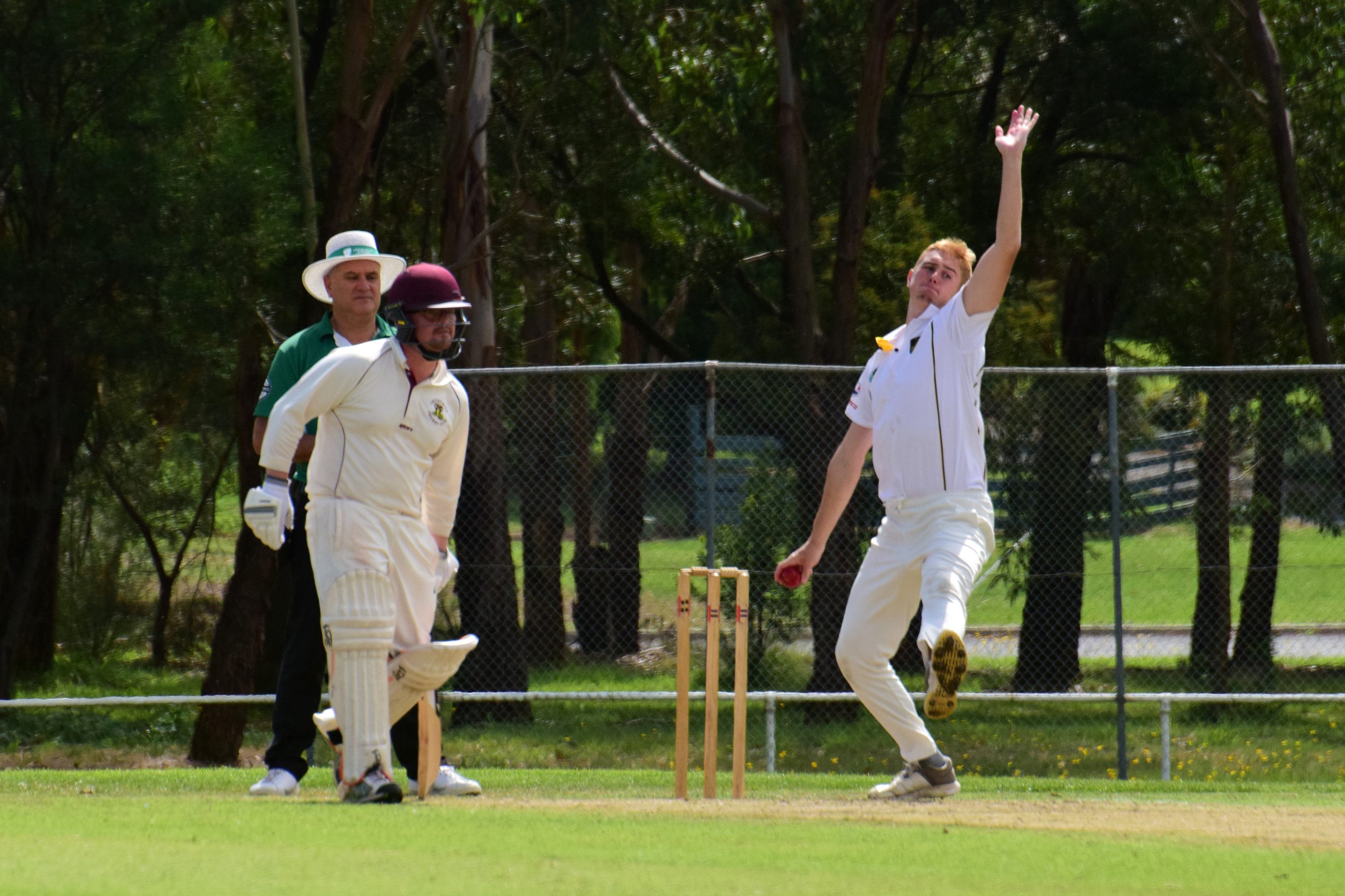 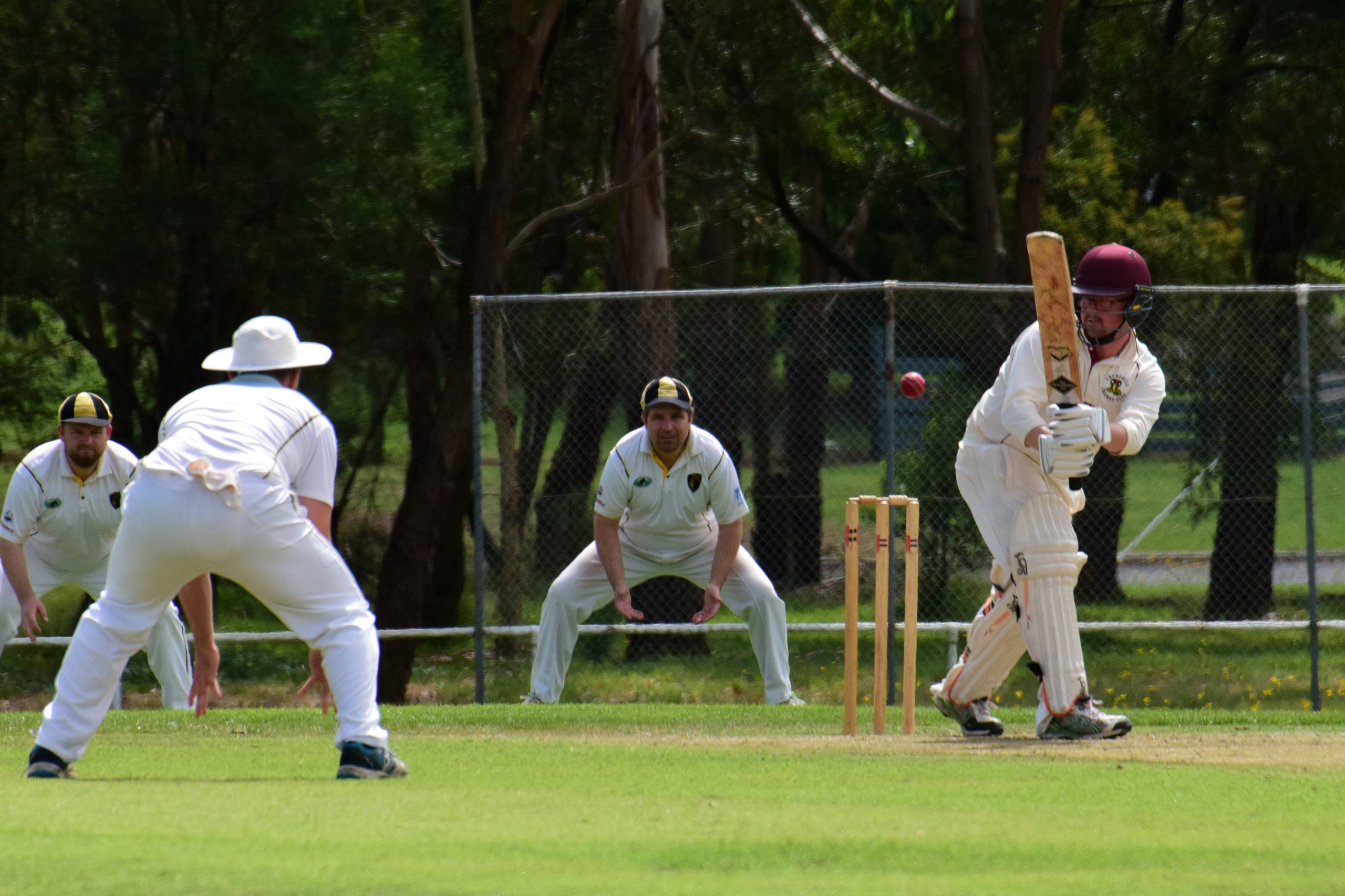 Nineteen wickets fell across an action-packed opening day at Traralgon South, where the home side holds the whip hand.

CATS won the toss and sent the Tigers in, a decision that reaped rich benefits.

Mirboo North lasted just 23.1 overs on the way to being skittled for just 61.

Callum Stewart ran riot on his way to a first five-wicket haul of the season.

Stewart bowled unchanged on his way to figures of 5/10 from 12 overs, including eight maidens.

He was ably supported by Jack Blythman and Zimbabwean ace Tinashe Panyangara.

Blythman, a breakout star as CATS charged to last season’s grand final, claimed 3/27 in only his second top-flight appearance of the season.

Musther was the lone Tiger to display any serious resistance, putting together a well-made 33.

But Sam Gissara and that man Blythman halted the Tigers’ momentum with a valuable 34-run stand.

Harry Cooper (1 no) and Gissara lifted the score to 9/131 when Julin declared 70 runs in front.

Mirboo North made a better fist of their second innings, reaching 0/47 at stumps to leave the contest intriguingly poised on day two.

The first innings success has moved CATS level with Morwell on 28 points.

MORWELL’S 2020 woes continued after being steamrolled by Churchill at George Cain Oval.

Sent in by the Tigers, the Cobras mustered 105, headlined by a valuable 33 from David Metlikovec.

Metlikovec came to the crease at 4/36 following the departure of skipper John Keighran for a duck and was the last man out 144 minutes later, having faced 108 deliveries.

Earlier, opener Ben Kearns produced a blockbuster 21, while Chris Williams chipped in with a handy 16.

The Tigers reply got off to the worst possible start when Robert Webber was trapped first ball by Ryan Harvey.

Harvey proceeded to then cut a swathe through a Morwell batting line-up on his way to figures of 5/13 from 11 electric overs.

Harper (12) and opener Sam Mooney (11) proved the only batsmen to reach double figures as Morwell were bowled out for 39.

Steve Warr (3/10) was a good foil for Harvey, lifting his season’s tally to 32 wickets.

Churchill took their lead to 92 runs at the end of day one, reaching 0/26 from seven overs at stumps with Williams (20 no) and Kearns (6 no) unbeaten.

PETER Siddle Oval was the scene for a war of attrition between Latrobe and Raiders.

The Sharks finished a tense day of cricket at 7/175 from 97 overs and provided one of the more interesting scorecards.

Every Latrobe batsman who took to the crease reached double-figures, but only opener Steven Freshwater (22) and Hayden Kimpton (20) got past the teens.

George Cheshire wheeled away with a 29-over spell returning 4/46 and Liam Maynard (2/45) was the other Raiders bowler to collect multiple wickets.