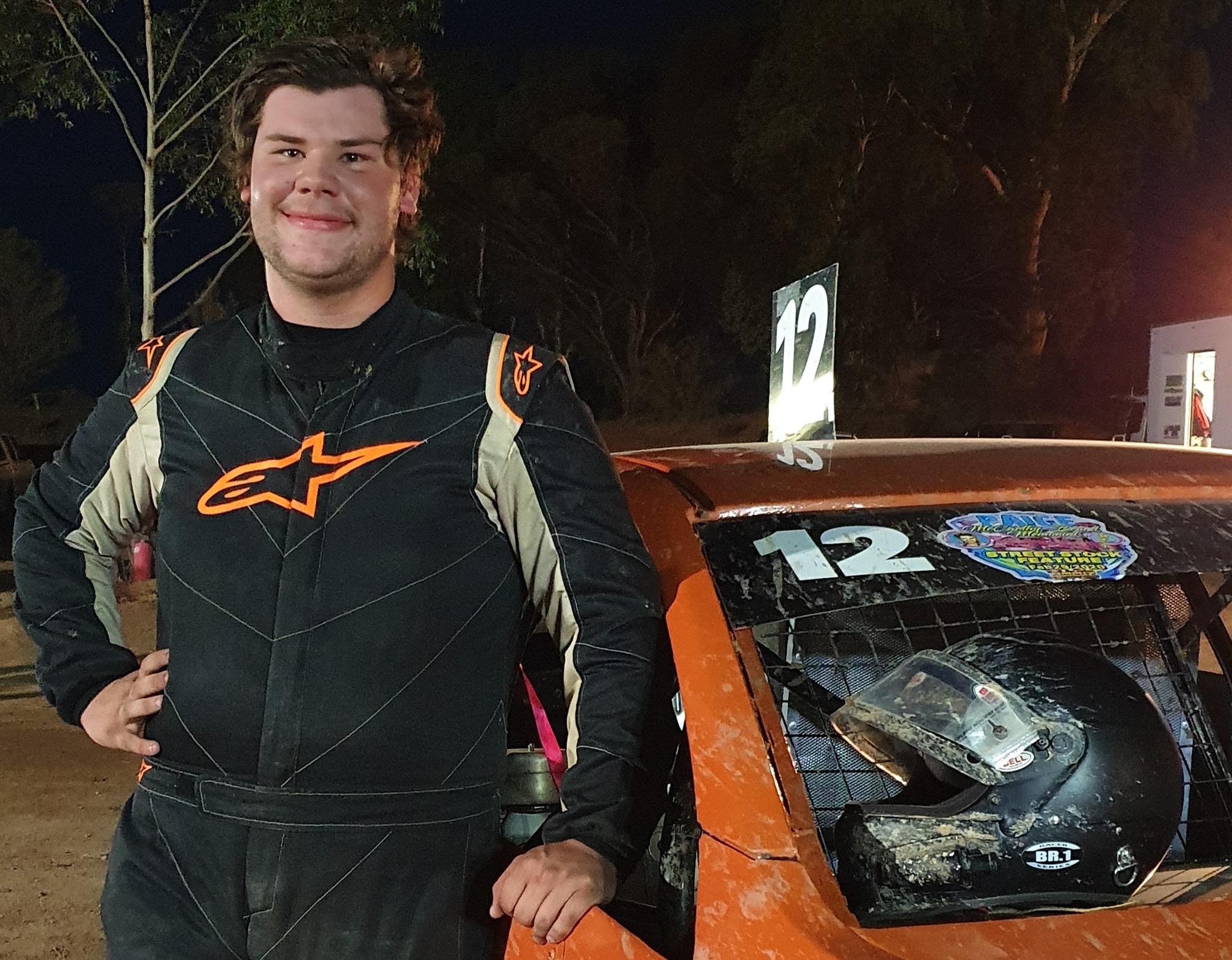 After battling a range of mechanical issues aboard his VY Holden Commodore for much of the season so far, the 17-year-old racer and his team decided to upgrade their equipment, which saw them debut this new car on the weekend and make a near 10-hour drive to Timmis Speedway.

From the opening heat race, Lawrence and his team’s efforts were rewarded with their night getting off to a winning start. After that, he finished second in his second heat race and then backed it up with another win in the third and final heat race.

By virtue of those three strong heat-race performances, Lawrence headed into the Pole Shuffle as the second highest point scorer behind Morris Ahearn, but he was defeated by Ahearn and started the 30-lap feature race from the outside of the front row.

In the Paige McCarthy-Beard Memorial feature race, which saw 15 laps run clockwise and then the final 15 laps go anti-clockwise, Lawrence, from Traralgon, proved too strong for his rivals throughout both of the 15-lap events and went on to score a commanding win.

For Lawrence, he couldn’t have been happier with how his debut night of the VF Holden Commodore transpired.

“My new Holden Commodore was on the pace from the beginning of the night through to the end of the feature race, and, to be honest, I pretty much couldn’t have asked for a better night,” he said.

“So far this season I’ve struggled to put a whole night together, due to a range of mechanical issues with the previous car, and it was a great relief to be able to do that on the weekend and hopefully that can continue for the rest of the season.”

The next event for Lawrence is going to be the NSW Street Stocks Title on the Saturday night of March 14 at Moama’s Heartland Raceway on the NSW-Victoria border.

Following this event, he will contest the Victorian Titles at Hamilton’s Western Speedway on March 27 and 28, and then the National Titles at Latrobe Speedway in Tasmania on April 9, 10 and 11.

After this major events, Lawrence plans to run the remaining two rounds of the Victorian Street Stock Series, where he sits fourth in the current point standings, at Swan Hill’s Sonic Speedway on April 25 and then Alexandra Speedway on May 9.