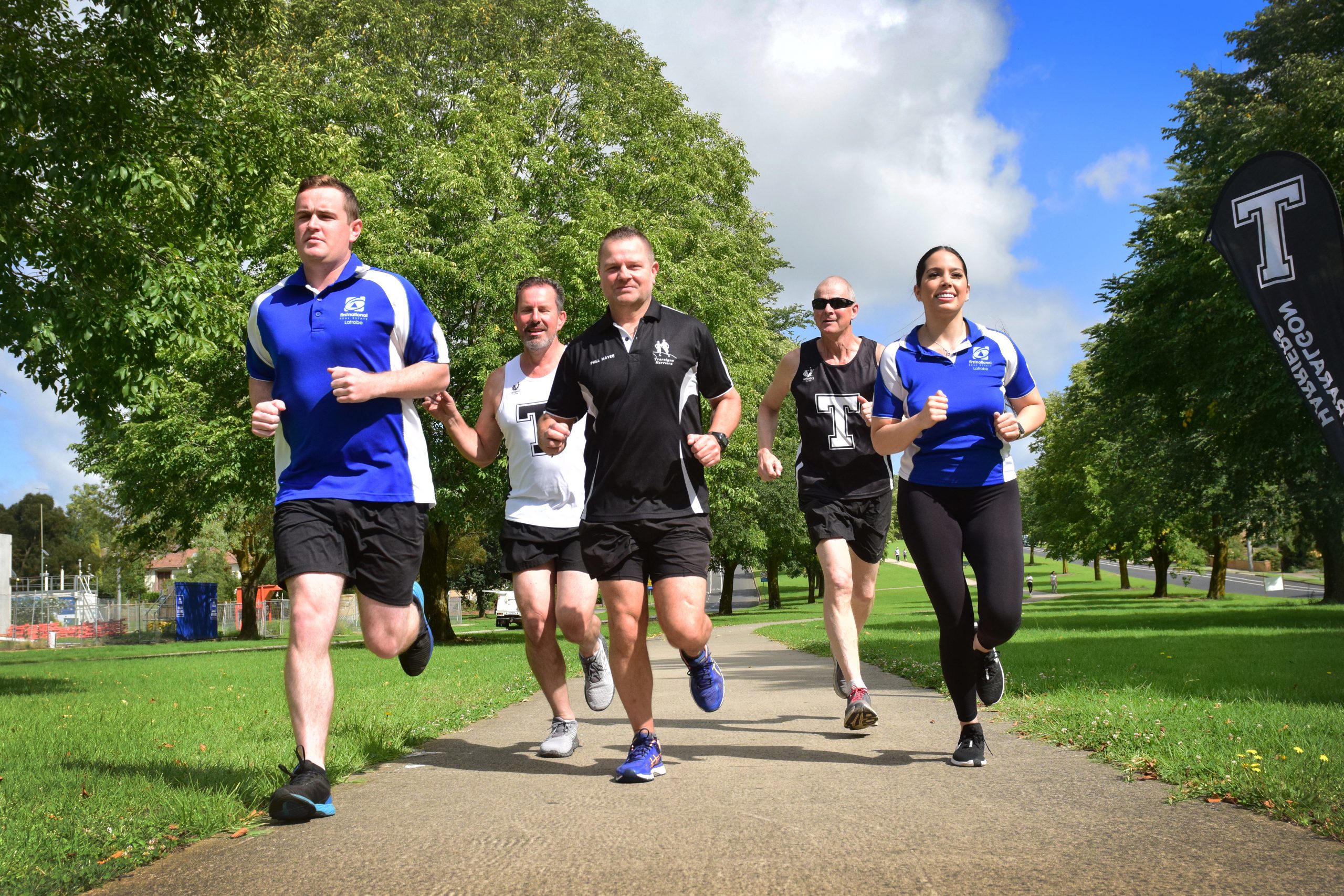 TRARALGON will be a hive of activity on Sunday for this year’s DFP Recruitment Latrobe City Fun Run & Walk.

The annual event is now in its 22nd year and according to Traralgon Harriers Athletics Club president Phill Mayer, 2020 promises to be a cracker.

“Anyone can get involved, the event caters to anybody,” Mr Mayer told The Express.

“There’s the run for the kids which is a 1.5km race, while the main race is over 5km.

“It is about having a good time.”

Mr Mayer said a crew of about 40 Harriers members volunteer their time to stage the event, which raises funds for Rotary Centenary House.

“Once the event is finished for another year, we start working on the next year,” he said.

“The Fun Run & Walk is about the Harriers as a club giving back to the community and the profits from this event go to Rotary Centenary House.”

Mr Mayer said entries were tracking well compared to previous years, where more than 500 competitors took to the start line on Kay Street.

“The roads are closed for the morning and we create a real carnival atmosphere,” he said.

“We start and finish near the War Memorial on Kay Street and spectators line the streets, which is great for the runners and walkers.

“We’ll also have a number of food options on hand including a donut van and ice cream van. I’m sure they will be popular after people have finished their run or walk.”

Among the key chances in the men’s 5km event will be Ryan Wissmer and Michael Tripodi, while Traralgon’s Molly Irvine was rated by Mr Mayer as a genuine contender in the women’s 5km run.

“There’s five athletics across the region and we get great support from across Gippsland, and further afield with some runners from Melbourne taking part,” he said.

“It is always hard to predict a winner, but we’ll have runners aiming to break the magical 15 minute mark on the day.”

Mr Mayer is encouraging anyone interested in tackling the event to register online via www.traralgonharriers.org.au and follow the links to the Fun Run & Walk.

“Our online entries close Thursday, because we’ve got to organise bibs and tracking chips to monitor the times,” he said.

“We do on the day entries, although they do cost a little bit more, so we are encouraging people to enter online.”

The weather gods also appear to be on the side of organisers with the forecast on Sunday for 19 degrees and partly cloudy conditions.

Event sponsor DFP Recruitment has been a supporter of the event since the very beginning and the company’s Gippsland client development manager Jason Koppen said the partnership with the Harriers meant a great deal.

“We are proud to sponsor a wonderful community event which engages with the people in its community,” he said.

Mr Koppen added that a number of DFP employees would be at the start line on Sunday.

“We’ll have five from Traralgon all competing in the run or walk and there’s also half a dozen employees coming down from Melbourne,” he said.

“There will be some bragging rights on offer.”

Action begins with the kids race at 9am, with the presentations to take place directly after the race, before the main event gets underway from approximately 9.20am.

Presentations for the 5km race are expected to take place between 10.30am-11am.