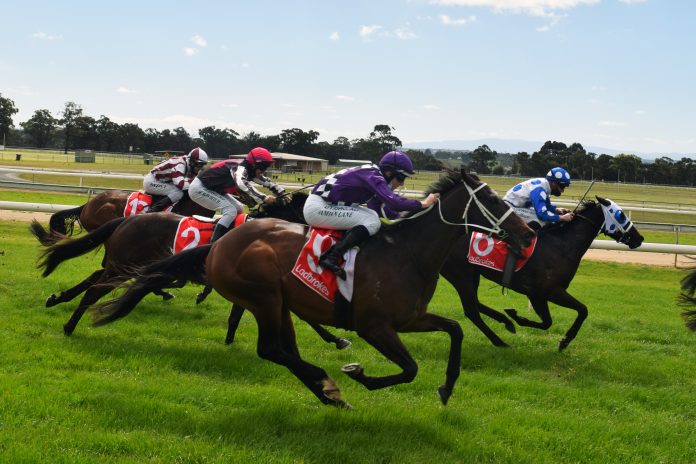 The speedy four-year-old from the Philip Stokes stable never gave his rivals a look-in on the way to success in the Ladbrokes Backs Moe Benchmark 64 Handicap (1217m).

Whipcracker Way ($2.60fav) pounced to the lead under the urgings of apprentice Alexandra Bryan and took his career record to three wins from four starts.

Stable representative Justine Hales said the son of Shamus Award has developed into a nice horse.

“It was a really good win, Ali knows him well and this track suits him,” Hales said.

“He’s more furnished this time around, he was a really light horse early on, but hopefully he can go through the grades now he’s bigger and stronger.”

Bryan was joined as apprentices to enjoy victories on the card by Matt Cartwright, who won the last aboard Heartland Raider for hometown trainer Charlie Gafa and Tayla Childs.

Black Opal ($3.40) stole a march on his rivals coming into the straight and it proved just enough to hold off a fast-finishing Rushford by a short-neck.

There would be a post-script to the race with Rushford’s jockey Brian Werner copping an eight-meeting suspension after weighing in a kilogram over his declared riding weight.

Werner was not the only jockey to be suspended with apprentice Laura Lafferty to miss 12 meetings for breaching the whip rule.

Veteran trainer Eric Musgrove praised the ride of jockey Daniel Stackhouse after Onset broke through in the Moe Optical Benchmark 58 Handicap (2447m) by nailing favourite Devon Miss in the shadows of the post.

“That’s the way to ride her with cover, Daniel gave her the opportunity and she was too good on the day,” he said.

Jockey Yoko Ota guided the seven-year-old daughter of Shocking to her second Moe success in three starts, staving off hometown galloper Without Excuse to win by a neck.