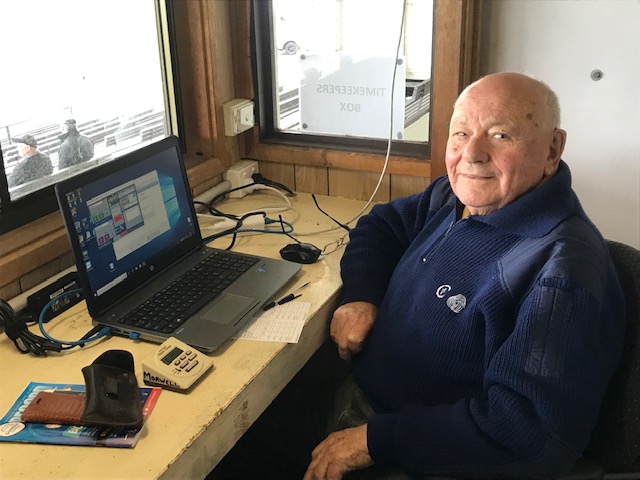 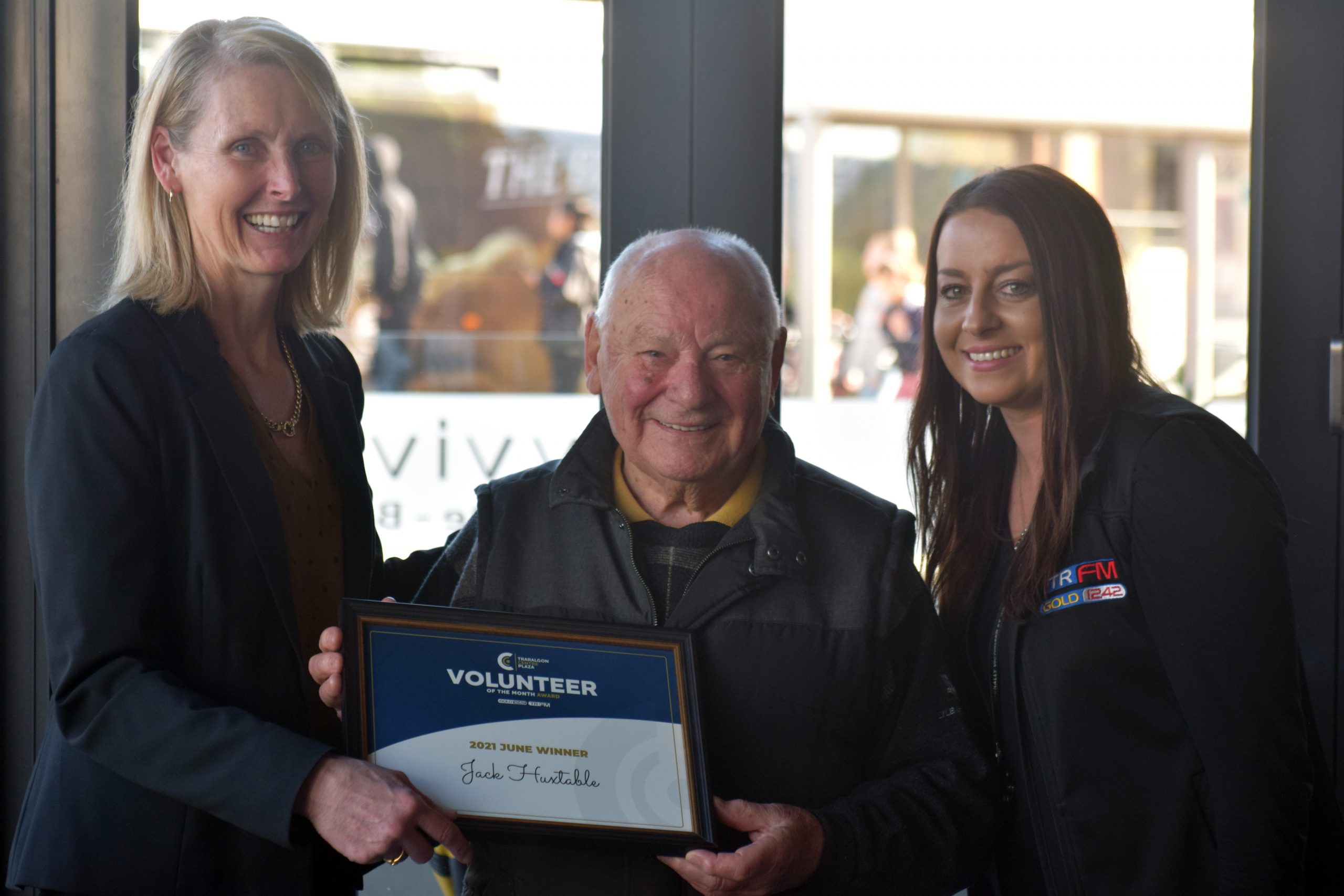 There are few men that have seen more Gippsland football than Jack Huxtable OAM.

Having recently celebrated his 90th birthday, Huxtable still holds the position of timekeeper for Morwell’s seniors, something he has been doing for 21 years, and has had a tremendous impact on the game in the region through his tenure as president of the Latrobe Valley Football League in the late 1970s.

His commitment to the Morwell Football Club also saw him recognised as Traralgon Centre Plaza’s volunteer of the month in June, with club secretary Gary Tatterson nominating him for the award due to the hours of hard work he puts into the club on a weekly basis.

Huxtable expressed how much of an honour it was to be recognised in this manner.

“It is extremely humbling to receive this award and be nominated by the Morwell Football Club,” Huxtable said.

“There are heaps of volunteers that help run the club and make it what it is, and knowing the calibre of those people and the contribution they put in to the club, I am very honoured to be the one selected.”

His relationship with the game began all the way in 1948, where he recalls running out to play with friends at the age of 16.

“I entered a junior competition called the Latrobe Valley Churches Junior Football League, with each of major towns at the time having a team in it, including Yallourn where I lived at the time – so all my mates thought it would be fun to go give it a crack,” he said.

“It didn’t take long for me to realise I was hopeless, absolutely hopeless to the point where I was in and out every second week while my mates all got games every week so I thought bugger this I am not going to make it as a player so I changed streams.”

This realisation would see a young Huxtable turn to the administration side of things, as he quickly found himself having more of an impact off the field.

“Then in 1951, I moved on and became assistant secretary of the Yallourn Football Club, the senior club, and then ultimately became secretary and treasurer which were roles I absolutely loved and really developed my love for the game.”

During his time as secretary of the Yallourn Football Club, Huxtable recalls being tasked with organising the running of a VFL match between Footscray and St Kilda at the then renowned Latrobe Valley venue.

“In those days the VFL was the dominant football league and the national Australian Football Council convinced them to play one of their rounds of matches for premiership points outside of Melbourne, with three going interstate and three going to country Victoria, which included the Bulldogs and Saints coming to Yallourn,” he told The Express.

“Being secretary at the time I was the organiser for the event, so I took care of liaising with the teams, organising the crowd and the facilities, and I must have done a pretty good job because in 1954 I was approached by Richmond to become the assistant secretary.”

Declining the offer to head to Punt Road due to his growing career in accounting, he would give football away for a period of time to focus on his work with the SEC and travelled to places such as Bendigo, Mildura and Papua New Guinea.

Returning to the region in 1968, Huxtable resumed administrative duties with Yallourn as the club’s treasurer before quickly becoming involved in the Latrobe Valley Football League.

He described his time working with the league and its growth in his time as president.

“Looking back, becoming president of the Latrobe Valley Football League has certainly been a highlight of my career,” he said.

“Together, we built that into a power force in country football – we won a number of country championships and it was just an honour to be president of the league at that time when it was in such a strong position and makes me proud to see how much it grew through my tenure.”

Following his time as president of the league, Huxtable moved on to be the regional director to the Board of Victorian Country Football League in 1983, before some 11 years later being nominated as a representative to the newly created board of Football Victoria.

Having built up a relationship with the Morwell Football Club through his involvement with the Latrobe Valley Football League, he used this time as an opportunity to give back to the game he loves.

“I started on the committee at Morwell in 2000, and then I became the interchange steward and the shortly after that I became timekeeper, so that is really how I became directly involved in the Morwell Football Club,” he said.

“I saw it is a great opportunity to give back to the game, I owe a lot to the sport of football and it has provided me with amazing opportunities – football clubs serve as the fabric of country towns so to be able to have the opportunity to get involved with the community through the sport I love it is very humbling.”

Casting a keen eye over football for the past 73 years, he described how the game has changed.

“It has certainly become faster and the players are a lot fitter these days, but I think with these constant rule changes, particularly in recent years, the game is starting to lose something special about it,” he said.

“The public is becoming very confused and I think they need to take a pause and have look at this great game they have got.”

Moving forward, he said he would love nothing more than to continue his role as senior timekeeper at Morwell.

“There is a great family feel to the Morwell Football Club and I absolutely love helping in any way I can and working alongside the fantastic volunteers we have here,” he said.

“I also love to keep an association with the players who are now a younger group and I would like to maintain that relationship and continue being the timekeeper for as long as I physically can.”