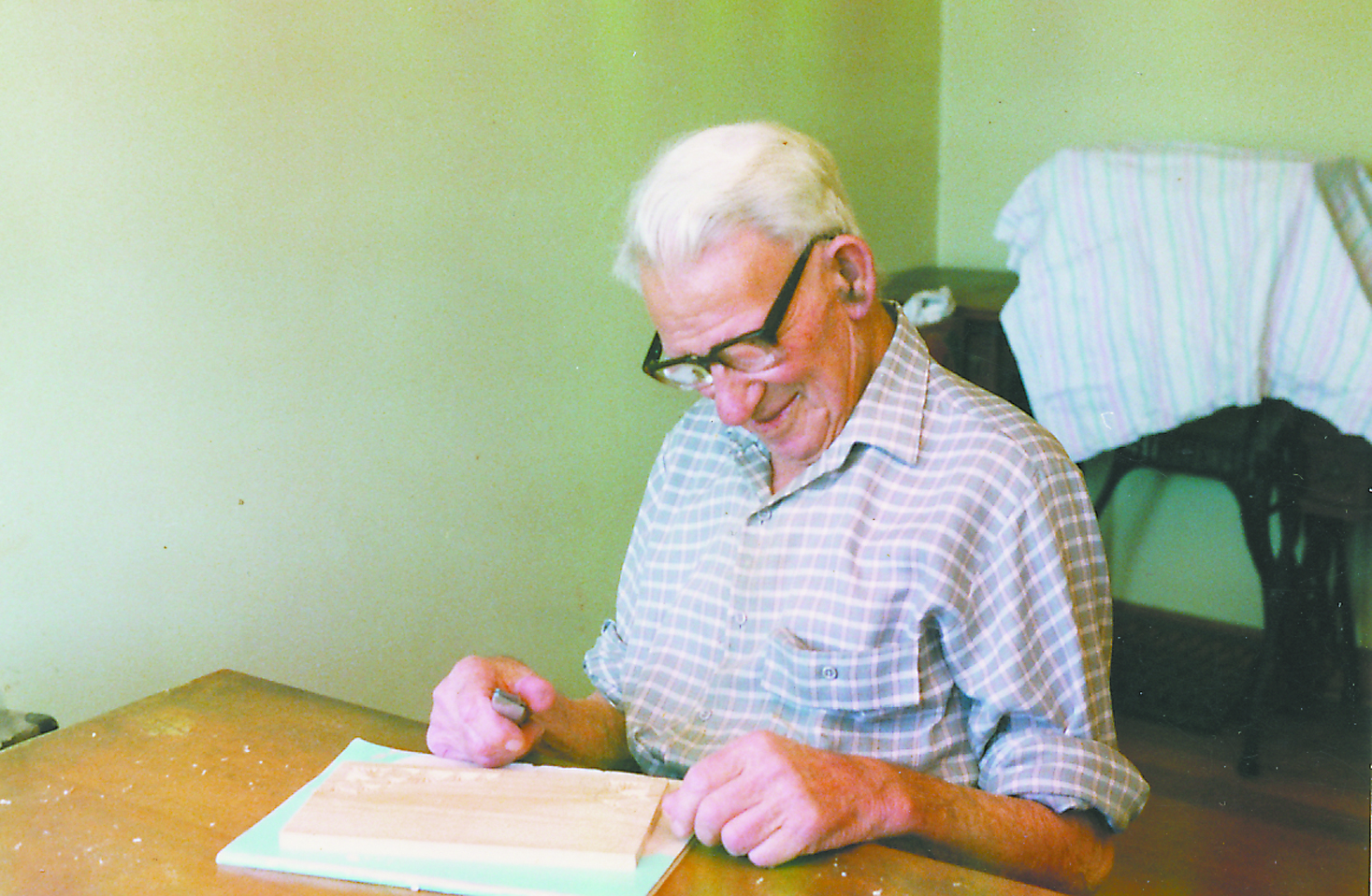 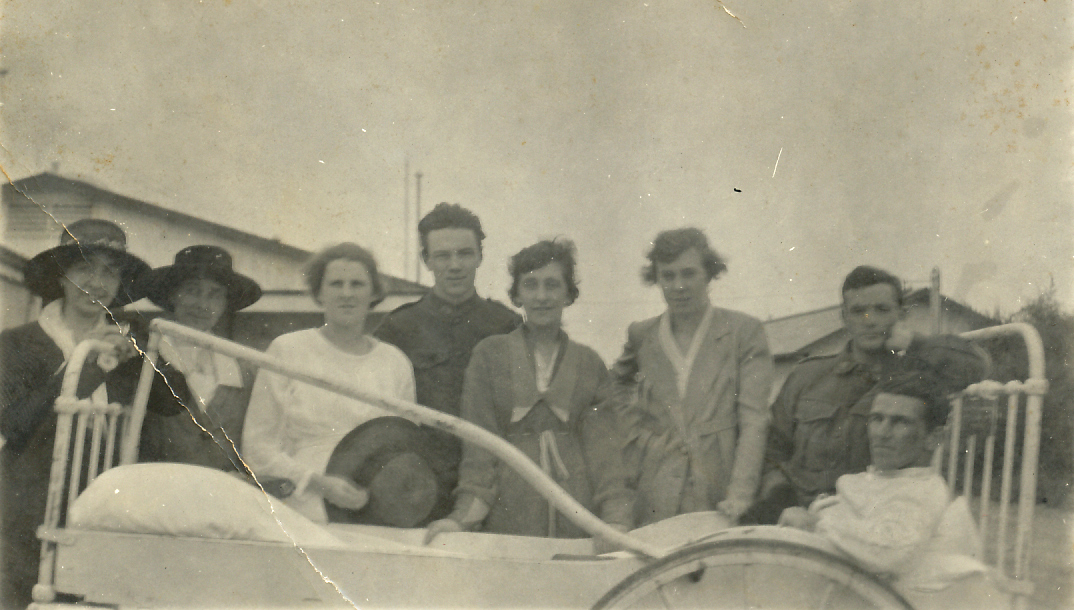 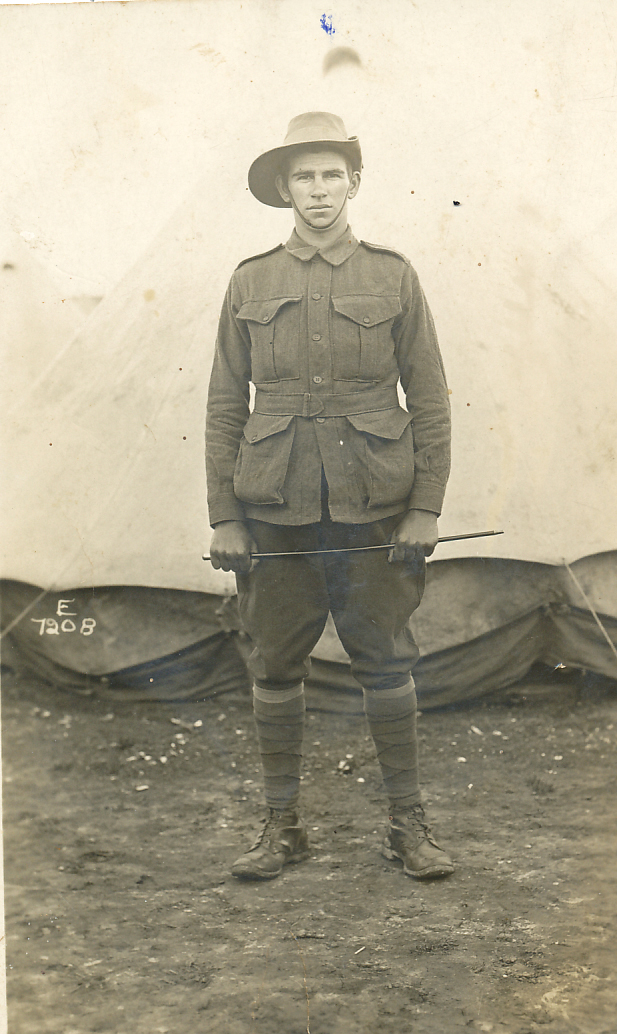 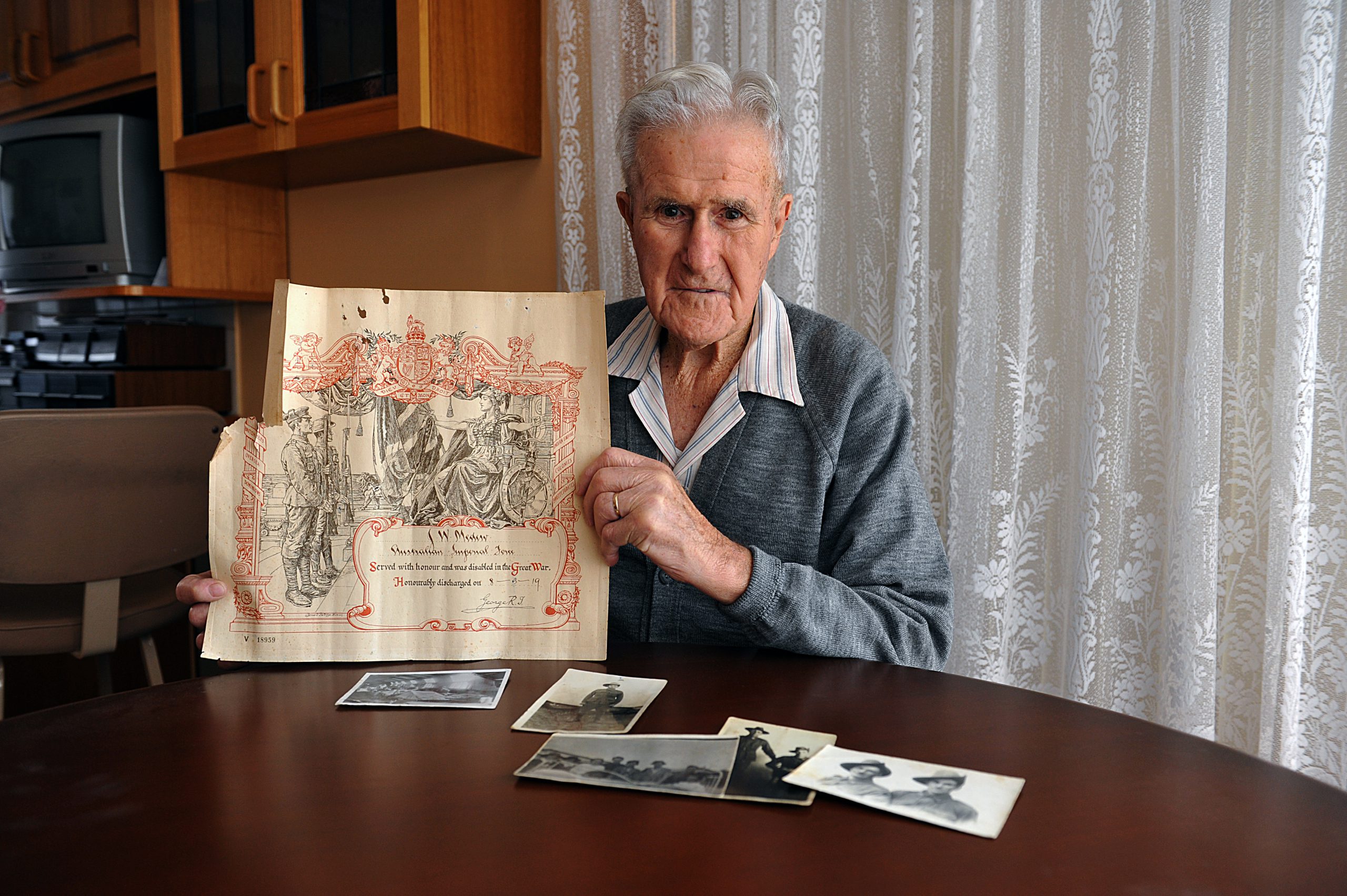 At 19, Hazelwood’s Jack Medew was keen to join The Great War and caught the train to Warrnambool to enlist.

Joining the ranks on 7 February, 1916, Jack was soon shipped to training camps in Egypt and posted to scurry through the trenches of the Somme in France.

Contracting tuberculosis in his hip from extended periods spent in almost waste-deep trenches, Jack was moved to England where he was hospitalised. He travelled back to Melbourne on a hospital ship.

“He ended up seeing a specialist who said ‘I can put a pin in that’ and he did and it gave him some trouble now and then but it lasted him all his life.”

Spending 18 months in Caulfield Military Hospital, which now stands as the Austin, Jack – who loved watching horse racing – was wheeled to Caulfield race course in his hospital bed by a group of his comrades.

Discharged at the age of 23 in 1919, Jack returned to the Latrobe Valley where he resumed working on his family’s farm.

In 1944, Jack’s family home was completely burnt out by bushfire, destroying almost everything he had kept from the war, including his medals.

David said it was a thought among many in the Latrobe Valley community that when people returned from war, they were never the same.

“He didn’t speak of it a lot, not many of the war people would speak of it,” David said.

“Some have seen terrible things, that’s why they won’t say very much.”

Serving as an acting member of Morwell RSL until his death on Melbourne Cup Day, 5 November 1991, Jack was the last Morwell World War I veteran.

He was honoured with a televised funeral service and a street procession past Morwell RSL, the site of his family’s old farm and onto Hazelwood Cemetery.