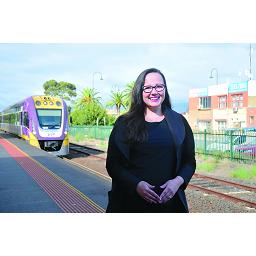 Ms Shing announced on Thursday that 26 groups and organisations would benefit from the grants to boost facilities, local parks and walking trails.

Major grant recipients included the Traralgon Public Cemetery Trust, which will receive more than $155,000 for the construction of a memorial precinct at Gippsland Memorial Park.

Yallourn North Bowling Club will receive $243,000 for the redevelopment of its clubrooms at its home in Reserve Street, Yallourn North and Old Gippstown was allocated more than $118,000 for an all-weather function area at its site on Lloyd Street, Moe.

Six Scout halls, including those at Glengarry, Trafalgar, Newborough and Traralgon will share in more than $430,000 for various upgrades, including the installation of solar panels at each site.

The funds are part of the latest round of Community Facility Fund funding, administered through the Latrobe Valley Authority for projects in the Latrobe, Wellington and Baw Baw local government areas.

“This Community Facility Fund has always been about making sure that community-led partnerships are supported across the three local government areas from Baw Baw to Wellington and as part of celebrating our diversity, our history and our future,” she said.

“The list of organisations that have received funding in this latest round will continue to make a wonderful contribution to our many communities across the region.”