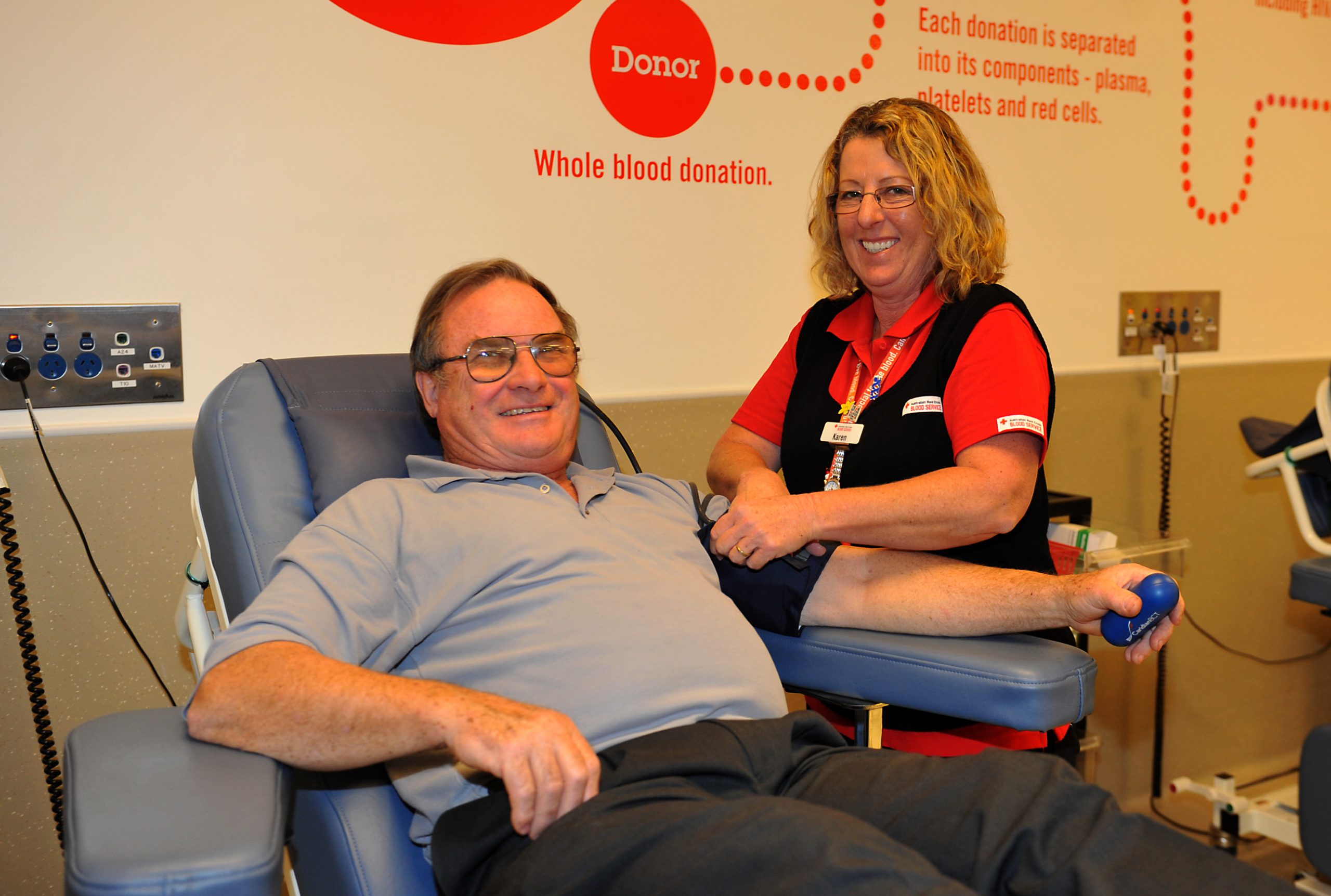 EVERY donation of blood can save three lives, but according to Australian Red Cross Blood Service, only one in 30 people donates in their lifetime.

Bucking this trend is Newborough resident John Chandler, who is set to make his 150th donation next week after 20 years of commitment.

Donating at the Traralgon Donor Centre, Mr Chandler who originally donated whole blood once every three months, has switched to donating plasma every fortnight.

“They asked me to swap over to plasma which you can do every two weeks because they were importing plasma over from America and other countries because there was a shortfall,” Mr Chandler said.

Mr Chandler began donating blood after he put the idea to his rover crew as part of their public service.

“I went down and found out the ropes and put this to the rover crew and 12 of us went down and out of 12, 10 were able to donate and some are still donating today,” he said.

“The week recognises the outstanding lifesaving contributions of Australia’s 600,000 voluntary donors who together give more than 1.35 million blood donations every year,” Mr Allen said.

According to the Red Cross, Australia needs around 27,000 donations each week to meet demands by people in crisis including cancer patients, pregnant mums, babies, road trauma victims, people undergoing emergency surgery and those with certain blood conditions.

To commemorate Mr Chandler’s longstanding commitment, he has been invited to attend a donor recognition ceremony next Sunday where he will receive an award and mingle with donors and recipients of blood transfusions.

For the month of July the Traralgon Donor Centre has 144 whole blood appointments vacant which need to be filled.

If you are eligible to donate, phone 13 14 95 or visit donateblood.com.au