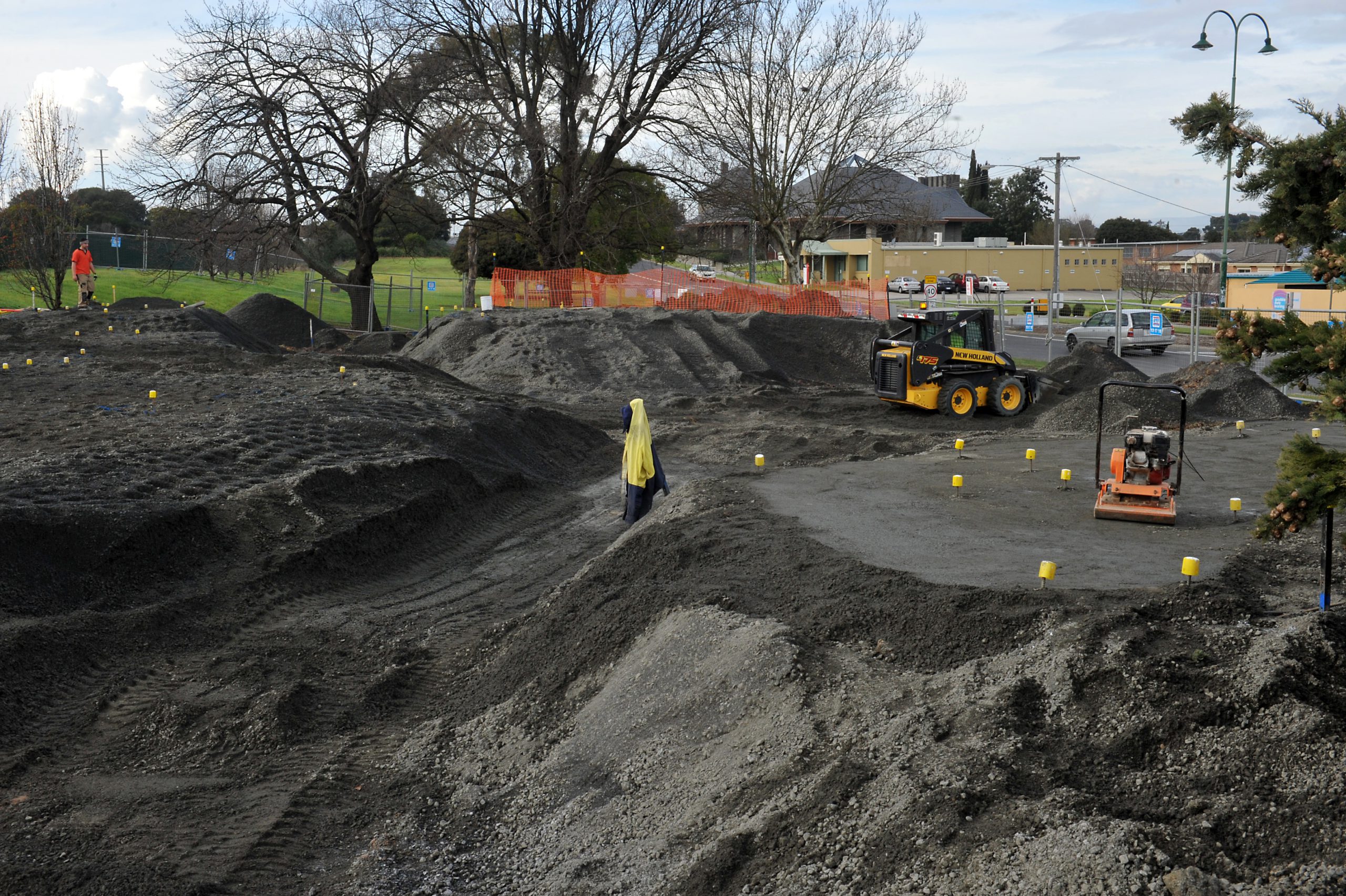 Mixed reactions have been spreading through social media following the beginning of works on Morwell’s new skate park.

Following years of planning and discussion by professionals, local skaters and people in the community, the $420,000 park’s fruition has been highly anticipated.

Some concerns, however, have been expressed from community members on The Express’ Facebook page, mostly over the future park’s positioning between train tracks and a main road.

The Express Facebook follower Tanya Ryan indicated she was not impressed with the location.

“Great idea to put a skate park between train tracks and a main road of Morwell. Well done, guys. The town common has plenty more room and is a lot safer,” she said.

Evelyn Caldwell Gittos agreed the town common was a better location, and feared for children’s safety.

According to council, there will be a permeable 1.2 metre high fence in place for safety and the closest the skate park will be to the road at any point is six metres.

“The fence is intended to act as a deterrent to stop people coming across the road and entering the skate park area unsafely,” he said.

Mr Switzer said the community was asked to select its preferred site from eight available and chose the current site ahead of Morwell Town Common and Morwell Leisure Centre proposed sites.

“The site of the skate park was selected after a comprehensive community consultation process that began in 2010,” Mr Switzer said.

“The engagement activities included meetings and a community questionnaire to select the preferred site.”

“Once the site was selected the community was also able to get involved in the design stage as several design workshops were held with around 20 local skaters taking part,” he said.

“The draft design was released for a consultation period in 2011.

“We are excited to be building this district level skate facility right in the heart of town.

“This project is a win-win in terms of reactivating the central business district and providing a top quality, well-connected, amenity for young people, not just those in Morwell, but for those who will travel in from surrounding towns.”