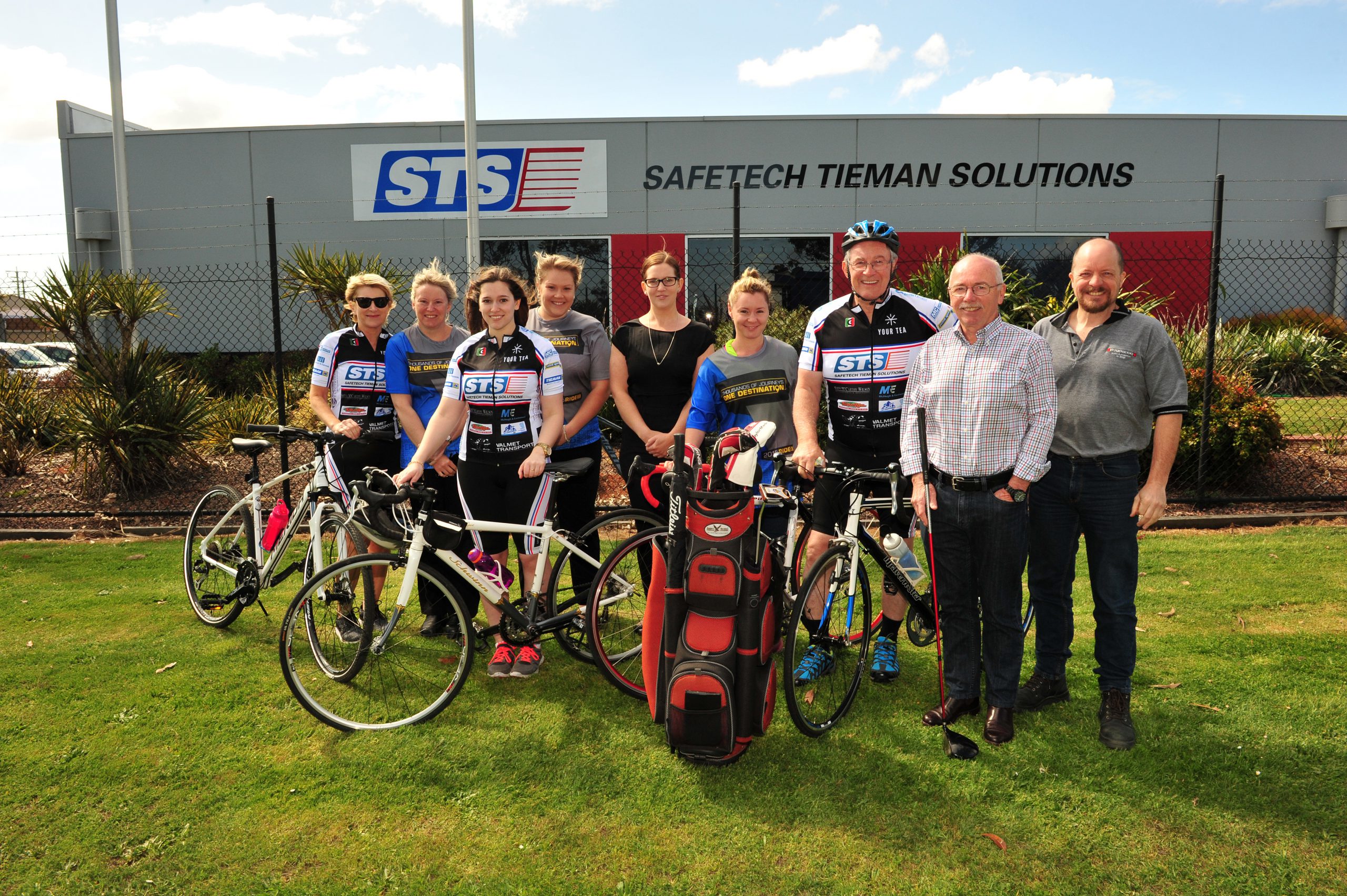 CYCLING 200 kilometres from Melbourne to the Mornington Peninsula and back in two days is not a feat for the faint-hearted.

However, a team from Safetech in Moe will be swapping their work boots for cycling shoes later this month.

They have joined the Peter Mac Ride to Conquer Cancer with a goal to raise more than $40,000 for the Peter MacCallum Cancer Centre.

Safetech employee Kelly Treyvaud did not own a bike when she first signed up for the ride, but saw it as an opportunity to increase fitness and contribute to a worthy cause.

“Peter Mac is the only public hospital solely dedicated to cancer in the country, so everyone can get treatment there,” Ms Treyvaud said.

“It’s the only one – everywhere else is either not just for cancer and it’s only a side portion of the hospital or it’s a private hospital and you have to pay to go there.”

The Ride to Conquer Cancer has raised more than $14.5 million since 2012, with Safetech’s STS Speedstars team having reached about $33,000 so far.

To help get to the $40,000 tally, team volunteer David Conrow is organising a community golf day at the Morwell Golf Club.

“I think everyone has been affected by cancer in one way or another,” Mr Conrow said.

“So it’s really a way of getting money together to go back to the Peter MacCallum cancer research to find ways of curing (the disease).”

From 9.30am this Sunday, teams of four people will assemble for a shotgun start to compete in an Ambrose-style of play.

This means the amateur and professional will join up to compete for the day, which also includes raffles, door prizes and novelty fundraising games.

Morwell Golf Club treasurer Danny McKeown said there was space for up to 120 people to take to the fairway and encouraged all to get involved.

Mr Conrow said it was not too late to get a team together.

If you would like to sponsor the team, visit www.ml15.conquercancer.org.au and search for STS Speedstars on the ‘donate’ page.