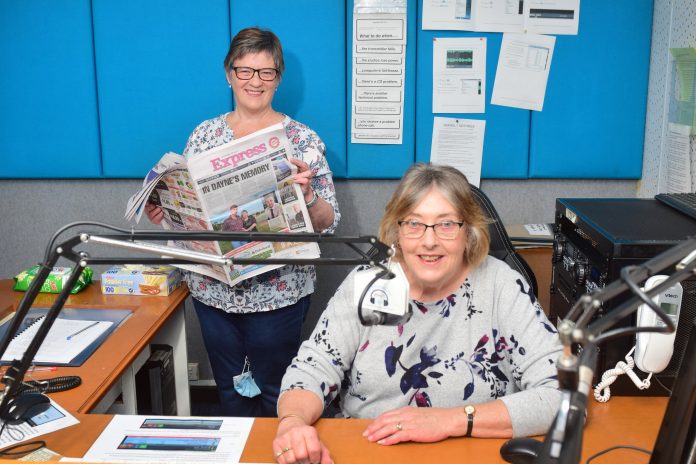 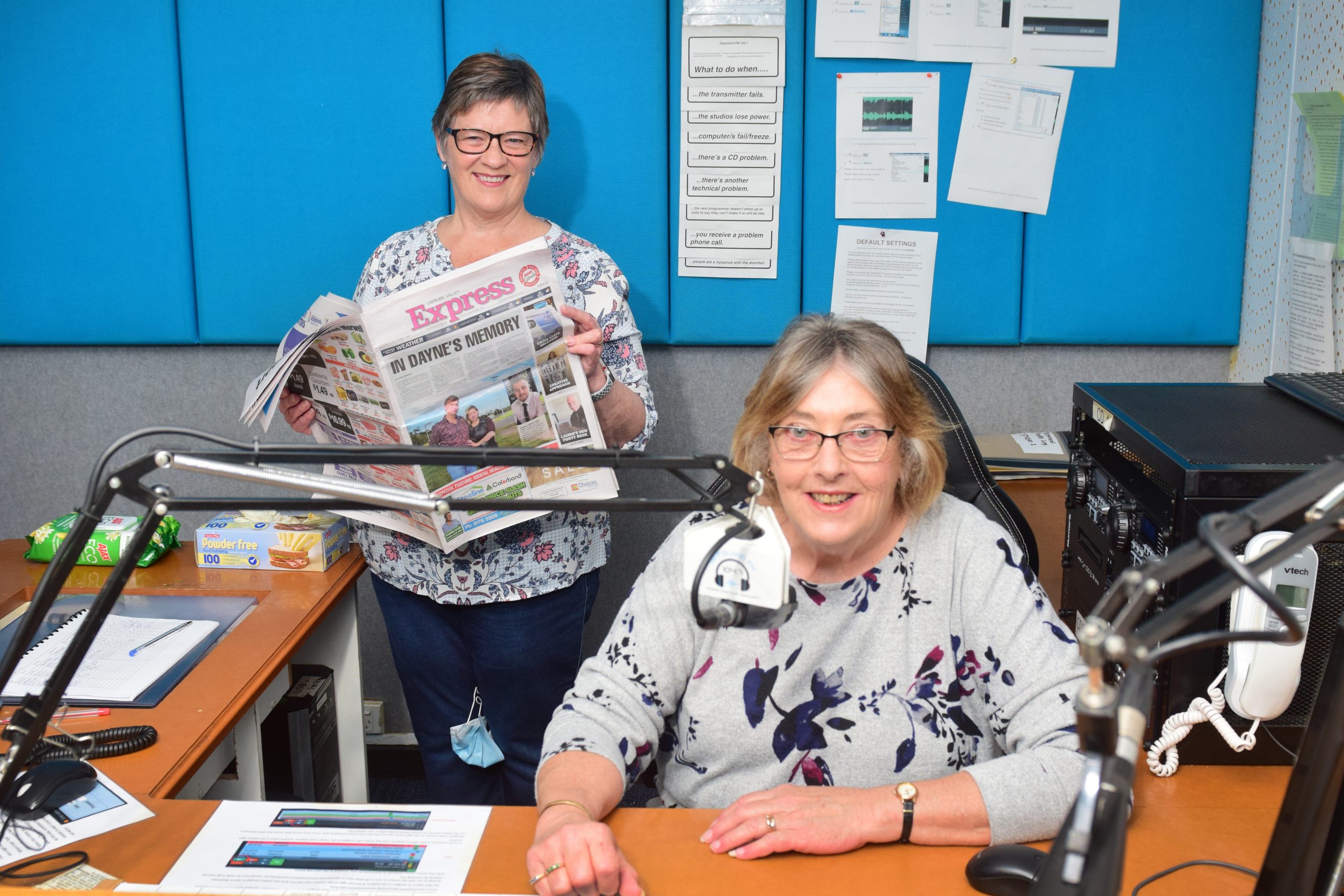 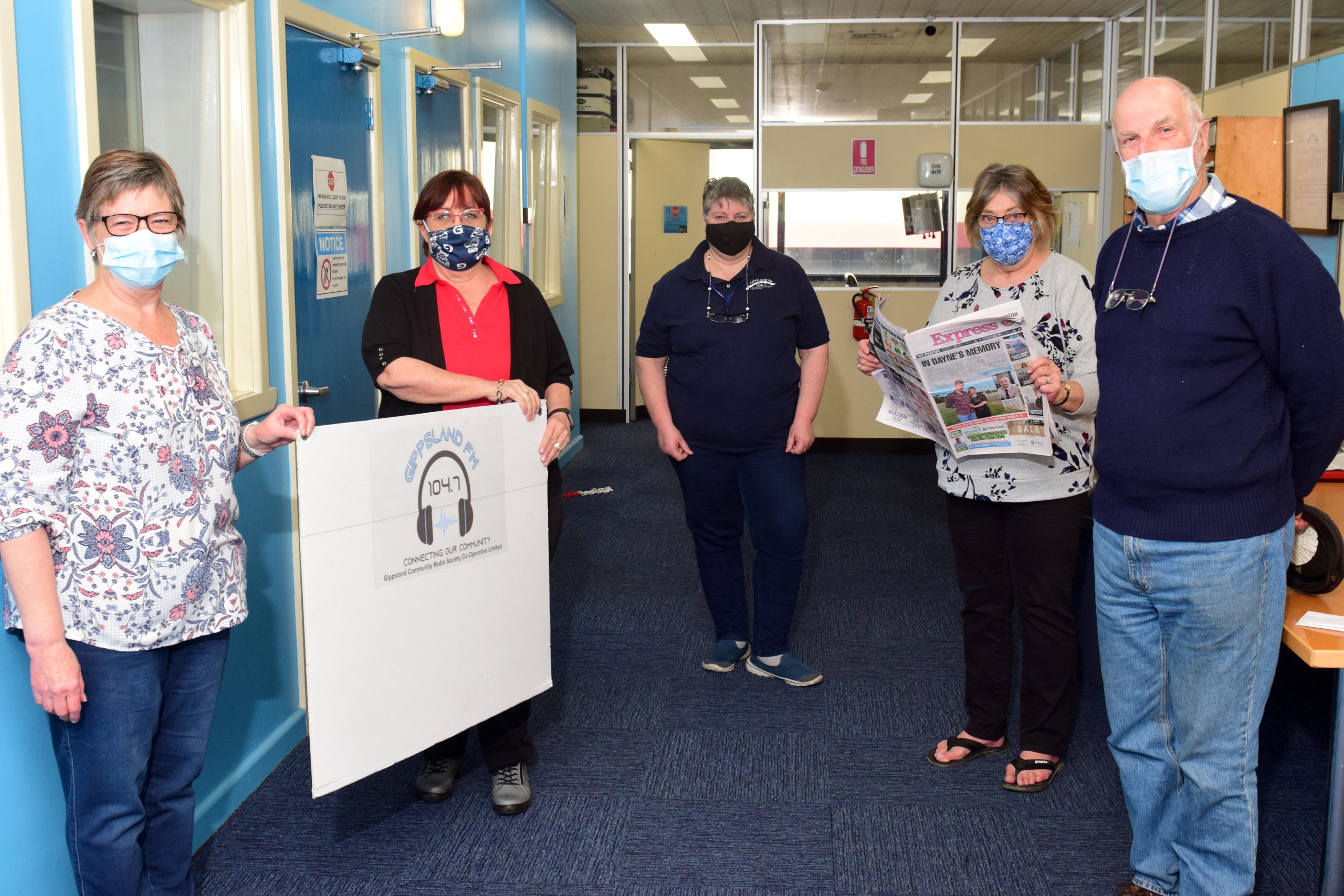 For the past six years, the stories of The Express have been read on the Gippsland FM airwaves thanks to the team from Red2U.

The weekly segment on Fridays at 11am, came to life as a spin-off in 2014 from the Vision Australia Talking Newspaper Service when funding for that program was cut.

“I think The Express and Gippsland FM realised how passionate we were and decided to continue and the creation of Red2U came to life,” volunteer Gail Bianconi said.

As the years passed, enthusiastic members saw a change in audiences.

The program is now not only for the visually impaired, but also enjoyed by those people with a busy lifestyle.

“It started out as a way to bring print news to vision impaired people but has since evolved. We get people commenting it’s good for the time poor,” volunteer Janet Price said.

“People listen to it on their way to work, in between meetings, truckies tune-in or while doing the housework.

“It also gives us a chance to actually read the paper because if I’m at home I’ll scan the headlines and if that doesn’t interest me, I’ll move on to the next (story), but having to read it aloud on air you get right into the stories and they’re really, really good stories.

For the past 35 years, The Express has been read out loud in one form or another from the early days of the Talking Newspaper, recorded on cassette, copied and then distributed via post to now live on the air from the Morwell-based studio.

“It’s been going a long, long time in one way or another,” Ms Price said.

“We were all incredibly nervous when it went to live on air because we had never sat in front of a microphone before, but now it is just second nature.”

Fast forward to 2020 and the volunteers behind Red2U have called on the communication platform Zoom, which allowed them to play a role from home as numbers in the studio were reduced due to the restrictions introduced to stop the spread of coronavirus.

“Now they’ve thrown Zoom in to the mix, let’s just hope they don’t put us on TV,” Ms Price said.

Gippsland FM station coordinator Belinda Ritchie said it was a challenge to teach some of the team members how to use Zoom, but as one member explained it has had its benefits.

“It’s been really handy for me because I live up in the hills in the Strzelecki’s and because we’re all volunteers it can be an effort to come down, so it’s been great to be able to turn on the computer and talk via Zoom,” volunteer Pam Tregenza said.

Looking ahead, Gippsland FM hope to continue using Zoom as an option for their volunteers when live on air.

“We’ll continue to have two people in the studio (while) permitted to do so, but it will be good for our extra readers to join via Zoom and that’ll be great because not everybody can come in all the time,” Ms Ritchie said.

“It also widens the circle of volunteers we can bring in.”

Following a short break during the initial lockdown, all Red2U volunteers were eager to continue on with the show, which provides a much-needed service to listeners throughout the region.

“We try to produce newspapers to air for people who can’t get access because they’ve got vision impairment, so by stopping the program due to COVID-19 we thought ‘crikey’ these people are missing out on our local news, hence we got everything going again,” volunteer Ian Hill said.

“There was one week when we came back to air after lockdown and I didn’t do the death and funeral notices because there was a lot of news in The Express and we got phone calls reporting there was no death or funeral notices so we have to make sure we do them,” Ms Price said.

From the good news through to the bad news, the passionate volunteers continue week in, week out, all the while doing their best in portraying the necessary emotion when reading to the audience.

“I find if there is a funny story, I’ll take the time to add a bit of humor when reading it hoping the listeners will laugh as well. If there is a sad story, I’ll pre-read it and take my time with it and hope I don’t cry half way through,” Ms Bianconi said.

“The bushfires produced a lot of personal stories that you would almost tear up as you’re reading it,” Mr Hill said.

“There was a story by Jarrod Whittaker I think and someone got attacked by a magpie and I was the presenter that day and I had to give it to my reader to read because I couldn’t read it without laughing,” Ms Price said.

Like all volunteers, the team at Red2U do it with passion because they enjoy doing it and also knowing they are helping someone.