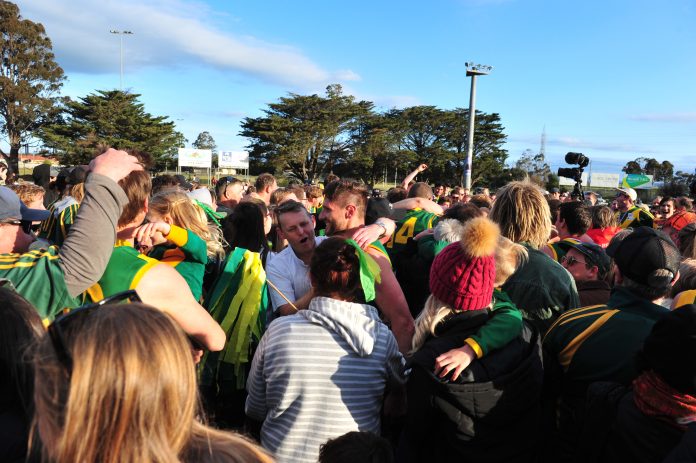 AARON Heppell has returned home to Leongatha after announcing his retirement from the VFL recently.

The 26 year old will be a playing assistant coach at the Parrots.

While playing for Essendon in the VFL, Heppell won three best and fairests, captained the side and won multiple team-of-the-year gongs.

Heppell is the younger brother of current Essendon captain Dyson.

Joining Heppell at the Parrots will be Jordie Easton, a former Coburg VFL player, and Luther Juric from Old Trinity in the Victorian Amateur Football Association.

Aaron Hillberg is also essentially a new recruit, having not played for virtually two seasons due to injury and the 2020 season being cancelled.

Around 12 players from the Leongatha team that played in the 2019 Gippsland League grand final are gone.

Leongatha has, along with Maffra, been the standout team of the last few years, having played in the last five grand finals.

The Parrots genuinely massacred opponents in the back end of the 2019 season, defeating three of the teams that made finals by 121, 114 and 55 points respectively – the latter being in the qualifying final.

All going well the Gippsland League season will commence on Saturday, April 10.

There will be some friendly fire in the Parrots opening game against Traralgon, with former Leongatha player Jake Best now coaching the Maroons.

The local derby between Moe and Morwell will also feature in round one.